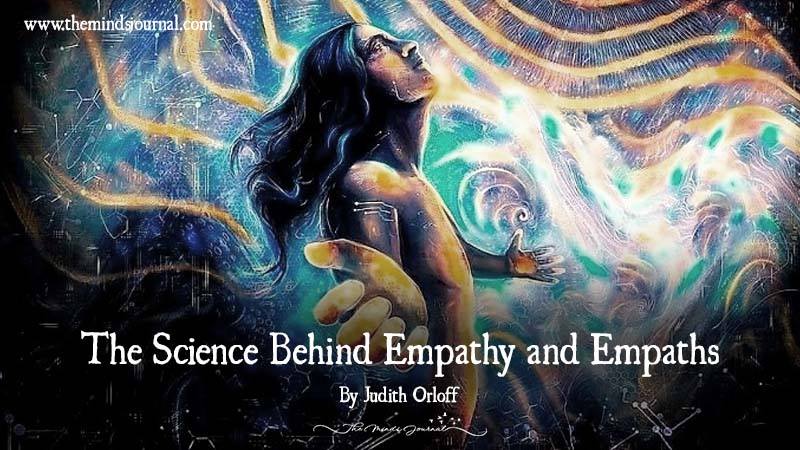 The Science Behind Empathy And Empaths

As a psychiatrist and an empath, I am fascinated by how the phenomenon of empathy works. I feel passionately that empathy is the medicine the world needs right now.

Empathy is when we reach our hearts out to others and put ourselves in their shoes. However, being an empath goes even farther. Like many of my patients and myself, empaths are people who’re high on the empathic spectrum and actually feel what is happening in others in their own bodies. As a result, empaths can have incredible compassion for people–but they often get exhausted from feeling “too much” unless they develop strategies to safeguard their sensitivities and develop healthy boundaries.

In my book, “The Empath’s Survival Guide” I discuss the following intriguing scientific explanations of empathy and empaths. These will help us more deeply understand the power of empathy so we can utilize and honor it in our lives.

Researchers have discovered a specialized group of brain cells that are responsible for compassion. These cells enable everyone to mirror emotions, to share another person’s pain, fear, or joy. Because empaths are thought to have hyper-responsive mirror neurons, we deeply resonate with other people’s feelings. How does this occur? Mirror neurons are triggered by outside events. For example, our spouse gets hurt, we feel hurt too. Our child is crying; we feel sad too. Our friend is happy; we feel happy too. In contrast, psychopaths, sociopaths, and narcissists are thought to have what science calls “empathy deficient disorders.” This means they lack the ability to feel empathy like other people do, which may be caused by an under-active mirror neuron system. We must beware of these people because they are incapable of unconditional love.

The third finding which enhances our understanding of empaths is the phenomena of emotional contagion. Research has shown that many people pick up the emotions of those around them. For instance, one crying infant will set off a wave of crying in a hospital ward. Or one person loudly expressing anxiety in the workplace can spread it to other workers. People commonly catch other people’s feelings in groups. A recent New York Times article stated that this ability to synchronize moods with others is crucial for good relationships. What is the lesson for empaths? To choose positive people in our lives so we’re not brought down by negativity. Or, if, say a friend is going through a hard time, take special precautions to ground and center yourself. These are important strategies you’ll learn in this book.

The fourth finding involves dopamine, a neurotransmitter that increases the activity of neurons and is associated with the pleasure response. Research has shown that introverted empaths tend to have a higher sensitivity to dopamine than extroverts. Basically, they need less dopamine to feel happy. That could explain why they are more content with alone time, reading, and meditation and need less external stimulation from parties and other large social gatherings. In contrast, extroverts crave the dopamine rush from lively events. In fact, they can’t get enough of it.

The fifth finding, which I find particularly compelling, is the extraordinary state called “mirror-touch synesthesia.” Synesthesia is a neurological condition in which two different senses are paired in the brain. For instance, you see colors when you hear a piece of music or you taste words. Famous synesthetics include Isaac Newton, Billy Joel, and violinist Itzhak Perlman. However, with mirror-touch synesthesia, people can actually feel the emotions and sensations of others in their own bodies as if these were their own. This is a wonderful neurological explanation of an empath’s experience.
The Dali Lama says, “Empathy is the most precious human quality.”  During these stressful times, it’s easy to get overwhelmed. Even so, empathy is the quality that will get us through. It will enable us to respect one another, even if we disagree. Empathy doesn’t make you a sentimental softy without discernment. It allows you to keep your heart open to foster tolerance and understanding. It might not always be effective in getting through to people and creating peace but I think it’s the best chance we have.

(Adapted from The Empath’s Survival Guide: Life Strategies for Sensitive People by Judith Orloff, MD, which is a guidebook for empaths and all caring people who want to keep their hearts open in an often-insensitive world.)

Dr. Judith Orloffhttp://www.drjudithorloff.com
Judith Orloff, MD is the New York Times best-selling author of The Empath’s Survival Guide: Life Strategies for Sensitive People. Her new book Thriving as an Empath offers daily self-care tools for sensitive people along with its companion The Empath’s Empowerment Journal. Dr. Orloff is a psychiatrist, an empath, and is on the UCLA Psychiatric Clinical Faculty. She synthesizes the pearls of traditional medicine with cutting edge knowledge of intuition, energy, and spirituality. Dr. Orloff also specializes in treating highly sensitive, empathic people in her private practice. Dr. Orloff’s work has been featured on The Today Show, CNN, Oprah Magazine, the New York Times. Dr. Orloff has spoken at Google-LA and has a popular TEDX talk. Her other books are Thriving as an Empath: 365 Days of Self-Care for Sensitive People, The Empowered Empath’s Journal, Emotional Freedom and Guide to Intuitive Healing. Explore more information about her Empath Support Online course and speaking schedule on www.drjudithorloff.com.

10 Ways To Behave Around A Highly Sensitive Person

5 Fundamental Truths I Learned About Life In My Journey As An...

My heart has a mind of it’s own