13 Traits of An Omega Male: What Makes Him A Hero In The Shadows 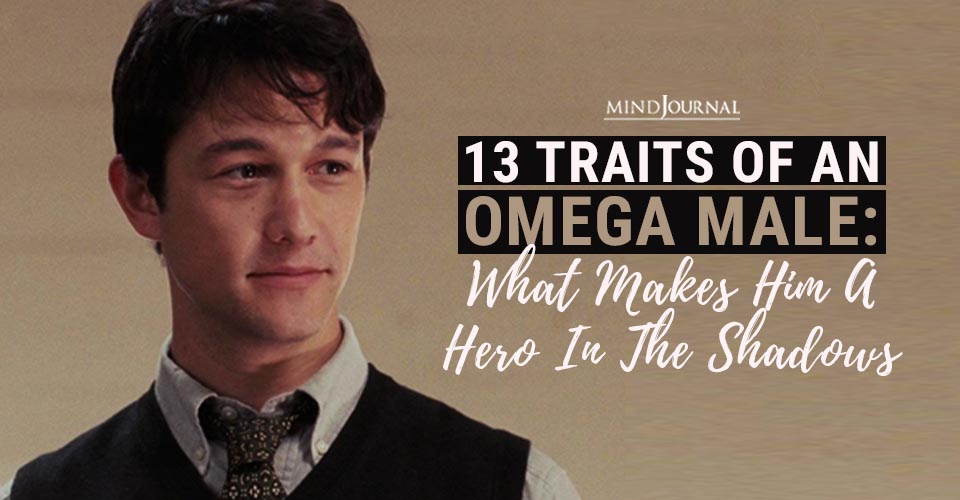 Are you an omega male?

Omega- the final and 24th letter of Greek alphabets, being the last letter is it less important than the rest of the letters?

There you have the answer. When we talk about a man we mostly picture strength, dominance, leadership and similar traits which mostly speak of an Alpha Personality. But there are guys who don’t fit in this stereotype, they are the omega males and they are awesome the way they are.

Our society is like a confused kid whose two statements contradict each other. Once it wants us to believe that everyone is same and equal and the next moments it says everyone is different, well that’s all about how one perceives, indeed everyone is different with unique abilities. As per the society, there are two basics of types of male.

This is the type of male that society wants you to believe as the ‘real men’. The strong and smart guy, who wants to stand out in the crowd and grab everyone’s attention, like the leader of the pack in a pack of wolves he needs to be the smartest, fastest, strongest, overall the best of all.

Omega males are the ones who avoid the limelight, while they have the skills and confidence similar to the alpha male, they just avoid being the centre of attention. They don’t feel like competing, they just want everyone to make it through. They are content in being the heroes in the shadows.

Related: The Alpha, Beta, Omega and other Personality Types – Which one are you?

Traits of an Omega male

Alpha males are always under the spotlight, for example, everyone knows who Neil Arm Strong is, the first man to set foot on the moon but how many of you know the about the people who made it possible? The ones who designed the rocket, the ones who spent sleepless nights on programming the machines to safely take those men to the moon? Now because the alpha males are the center of the attention, that’s what most people pay attention to. But our heroes in the shadows have some awesome qualities as well that set them apart from the alpha male which makes them interesting.

Unlike the Alpha male, they are not testosterone pumped up dominant male. They have a soft side and are gentler in the day to day life and relationship as well. They will treat you like a doll, the will cuddle with you after a hard day and they don’t need to win an argument with you but rather settle for your smile.

An Omega will help you and not because he wants the attention or to be a hero but he helps because he is kind and he wants to. They are friendly and sweet guys to have around, so women find them amusing and charming but not attractive. People reach to these guys at the times of troubles because they are helpful, supportive and cheerful.

The omega male is more of an introvert. They try to avoid attention. Being in a crowd or having all eyes on them drains their energy. They find solace in solitude. He is not interested in being the life of the party or the subject which everyone talks about, he has no desire to be the top dog. He will be there whenever you need him but for the rest of the time please let him have fun with himself.