Which Mystical Animal Is Your Best Friend? QUIZ 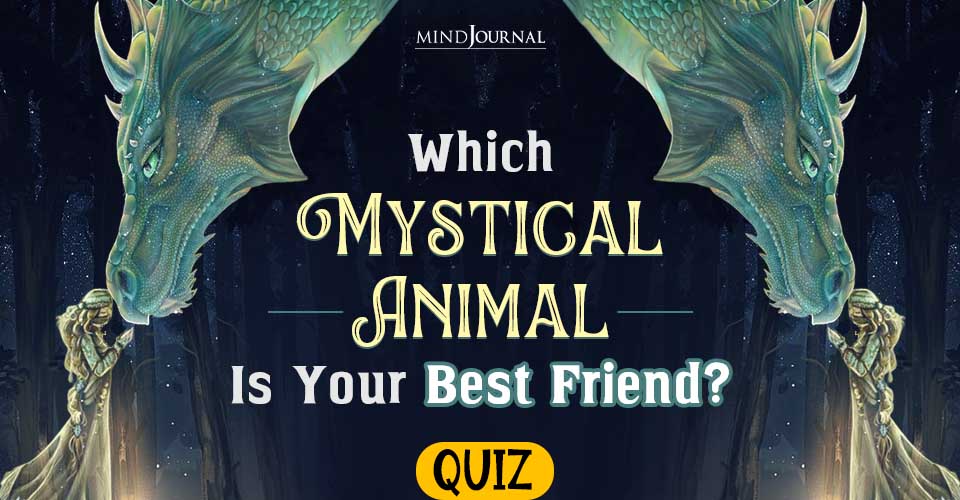 The folklore is driven by mythical creatures like Dragons and unicorns. Take this quiz and it’ll help you discover which mystical animal is your best friend.

We have often heard of mythical creatures in our grandmas’ stories. These animals have different meanings in different cultures and mythologies. For example, cats were associated with the goddesses Isis and Bastet in ancient Egypt. In the United States and Europe, cats were held to be unlucky (especially the black cats), whereas a harbinger of good luck in the United Kingdom.

There are many other mythical creatures like unicorns, elves, dragons, centaurs that were associated with good luck, bad omen, love, inspiration, friendship, and fortune in different ancient stories. And remain a significant part of many folk tales even today.

Legend says that people in olden times did not just have human buddies but creatures as best friends. Maybe that’s why most people refer to a dog as a human’s best friend. And if you’re looking for friendship that will never disappoint you, find out what is your mythical pet!

To some extent Hollywood has sparked our fascination with these animals through interesting movies and mind-blowing shows like Stuart Little, Twilight, Harry Potter, The Last Unicorn and so on.

We at Mind Journal, love quizzes that reveal some of the interesting aspects of people. Even though a mythical creature isn’t real, but it is sure fun to think about having an animal as a best friend! Which one do you think would be your BFF?

Take this interesting quiz and find out!

Which Mystical Animal Is Your Best Friend?

This mystical animal quiz will help you know which animal you need most in your life. One that will be with you during your thick and thin and remain until death separates you both. (Hope you have watched the movie Hachikō).

Just answer a few simple questions about yourself like what words or riddles appeal to you most, your best quality, and your stake on friends. And in a few seconds your special friend’s name will be revealed to you.

Are you ready to discover what majestic creature should be your best buddy for life?

Had fun? Let us know in the comments below! Please share this mystical animal test with anyone who you may think will find it valuable and helpful.