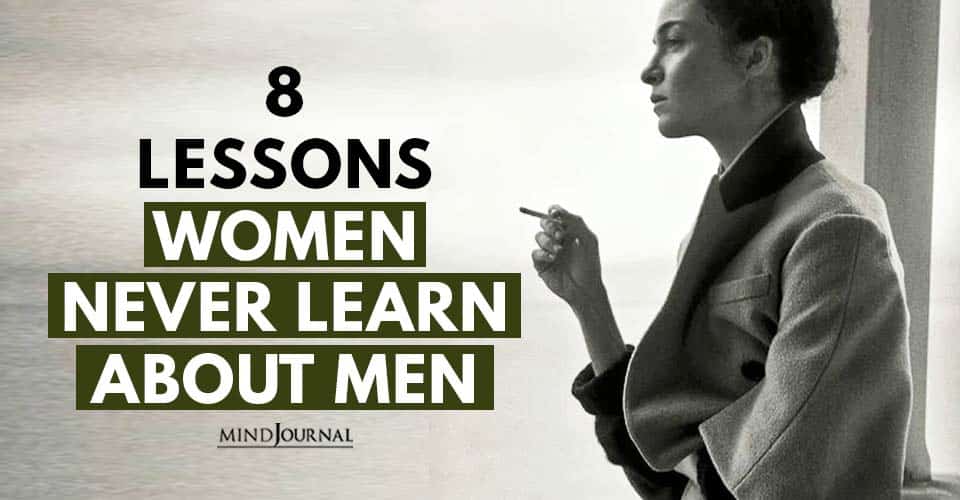 Not every romantic relationship works out, and there might a lot of reasons behind that. Women might be more emotionally intelligent than men, but there are certain lessons women never learn about men, which then leads to breakups. Sometimes, women don’t even realize that they are doing certain things that are threatening to destroy their relationship.

If men and women could completely understand each other, they would never have any difficulties in a relationship.

When a couple breaks up, both the parties are responsible for it, no matter how many shares of guilt they have in damaging the relationship. It’s not easy to understand the opposite sex but it’s definitely something that can be worked upon.

A few weeks ago when a friend of mine told me that she was on the verge of breaking up with her boyfriend, her 3rd boyfriend to be precise, I told her clearly to look into her mistakes.

I’m not blaming her but women too, have their flaws; women do make mistakes unknowingly.

These mistakes are ingrained in their habits and don’t seem like mistakes at all. The hard truth is, these actions are the real reasons which ward off men.

If you read our list carefully, you will be surprised to find how certain actions you have been doing actually affect your relationship.

1. You have to give him space.

I understand you love being with him. But if you follow him everywhere, it will become claustrophobic. Loving someone doesn’t mean you should be with him 24*7.

Let him work on his own and have fun on his own. Respect his interests and life. Try to focus on spending quality time together rather than asking him to meet every single day. Give him space. If he truly loves you, he will come back to you at the end of the day.

Related: Are You A Nasty Dater? 5 Ways To Be Kinder When You Date

Accept the truth! If a man is meant to leave, he will eventually. You can’t force him to be with you. Nagging him continuously by telling him not to go will not help. Accept it and move on.

It doesn’t help at all. If a man is a cheater, he will cheat and eventually leave you. So, you should better take the call first.

4. Fantasizing the idea that you two are together.

You might really like him; you must get swept over by the way he greets you or compliments you. It might even occur that you two had slept with each other and it was just casual for him. You have to stop fantasizing that you two are together.

Be practical. If you are confused about his feelings, ask him directly. If he is not serious about you, he will eventually run away.

Related: If You Think Dating Is a Game, You Have Already Lost

You might not like certain things about him but that doesn’t mean you have to change him. What if he tries to do the same for you? Would you like it? Obviously, not! Love him the way he is.

This is one of the common mistakes a woman makes. Don’t try to grab his attention by making him feel jealous of male admirers. You will definitely succeed in grabbing attention but it will cause a negative impact.