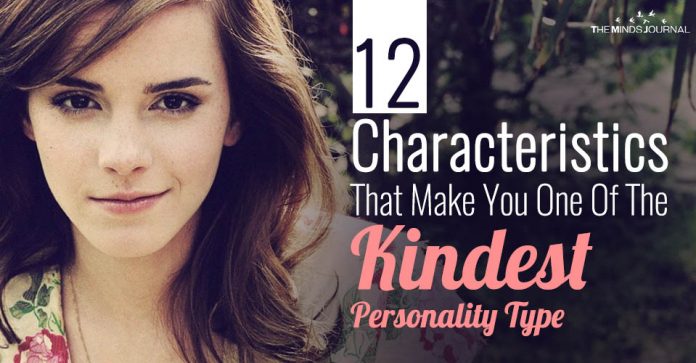 12 Characteristics That Make You One Of The Kindest Personality Type

Perhaps one of the kindest personality types in the entire Myers-Briggs personality set is the ISTJ — and that’s why we all love them.

ISTJ stands for Introversion, Sensing, Thinking, Judgment. These are qualities that an ISTJ personality is heavily known for, and they’re qualities that often end up propelling them into managerial positions as a result.

ISTJs are the most common personality type in the world, and if you ask us, that’s great! Ever wonder if you’re one of the quiet, kind, and mellow people who belong to this personality type?

Here’s the signs you need to check out, and what they mean for your dating life.

1. People have actually called you “an old soul” or told you that you are old-fashioned.

ISTJs are as old school as they come — and that’s a great thing. They value tradition and often will stick to the “tried and true” paths of building a good life rather than venture out into unknown (and possibly dangerous) territories.

2. Your idea of a nice day is spent inside, at home.

You might enjoy baking cookies, or having a dinner with the fam, but really, not much else. ISTJs are known for being homebodies and introverts who just want to relax after a hard day’s work.

3. Everyone tends to go to you when they want someone to be realistic and responsible.

With ISTJs, responsibility is always the name of the game. You’re the one they’ll approach when they need advice on insurance, taxes, or even something like childcare.

Why? Because they know you won’t be doing something crazy or be unrealistic with your advice.

4. It’s the little things in life that thrill you.

Making a new craft out of a Mason jar? Sweet! Seeing a nice day in the park? Also perfect. You don’t need things like clubs and bottles of bubbly to get you going if you have an ISTJ personality.

5. At work, you often end up in a managerial position.

You might also be an accountant or a scientist. Numbers are kind of your thing in many cases. Because ISTJs are notoriously hard workers who focus on getting things done well and on time, it’s safe to say that finding a job is rarely ever a struggle. You’re what bosses call “the Golden Employee.”