The Number One Exercise For Slowing Down The Aging Process, Studies Suggest 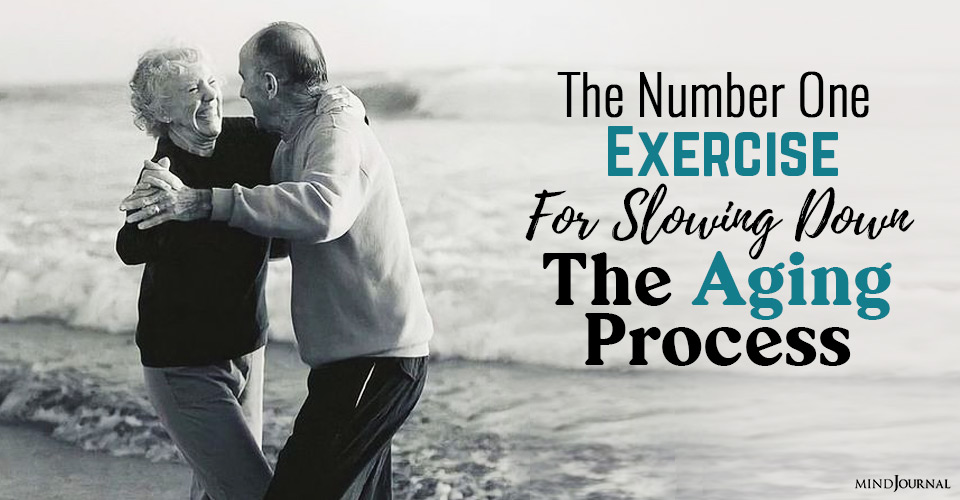 Neuroscientists have finally found an enjoyable way to slow down the aging process, and the best part about it is you are going to have so much fun doing it every day.

“Some guy said to me: Don’t you think you’re too old to sing rock n’ roll? I said: You’d better check with Mick Jagger.” ― Cher.

Growing old is not a happy ride for most of us, especially the ones who are concerned about their looks.

Mirror becomes our worst enemy reflecting those grey strands of hair we hate so much, those saggy parts of our body we don’t wish to reveal to everyone else and those endless lines which need tons of make-up to cover. But the mirror is not at fault. It reflects what we are. The problem is not with the mirror but our own acceptance of our aging process.

We all know it’s difficult to come to terms with the fact that we are losing our youth and physical beauty but neuroscientists have figured out a way that will make us happy even while we are aging.

Why Is Dancing The Most Effective Exercise?

There are two reasons behind this: one is physical and the other is psychological.

Dr. Kathrin Rehfeld who led the research team and published the study stated that physical activity slows down aging both psychologically and physically and even contributes in preventing the decline of these two types of aging processes too.

They carried out the research taking 52 elderly volunteers whose age is between 63 and 80.

The volunteers were randomly divided into two groups; one group joined dance classes and the other group went to sports control group.

This research was based on the fact that both dance and endurance training increases the brain’s area which has the tendency to decline over time.

The volunteers who joined dance class learnt a number of moves, their choreographies changed frequently and they had to memorize every move and the changes that followed.

They were introduced to various genres of music, their routine changed every second week and new patterns, body gestures, formations, rhythms, and various speed levels were introduced very frequently. The other group in the sports control went through endurance, strength, and flexibility training.

Related: 9 Ways How Simple Morning Exercise Can Boost Your Productivity

Once these courses were finished, it was found that the hippocampus area of the brain which is more prone to decline and responsible for memory, balance, and learning has increased in both groups.

However, it is only in the dance group that the other subparts of left hippocampus and subiculum, one part of the right hippocampus increased in volume.

The results proved that dancing which involves a frequent change in choreography is more effective than the repetitive physical activities like walking, running, jogging or cycling.

Dance is the key to all happiness. When you lose yourself in the music and dance, you don’t care how weird you might look. Dance is therapeutic both in terms of our physiological and psychological well-being.

According to Dr. Rehfeld,

Everyone deserves to live a healthy and independent life; physical activity is one of the key factors which contribute to this but it also comes with its risks too. Dance, on the other hand, is rather a powerful tool that helps strengthen our body and mind especially when we are old.

So, turn on the music and get the feet moving! Happy dancing, folks.