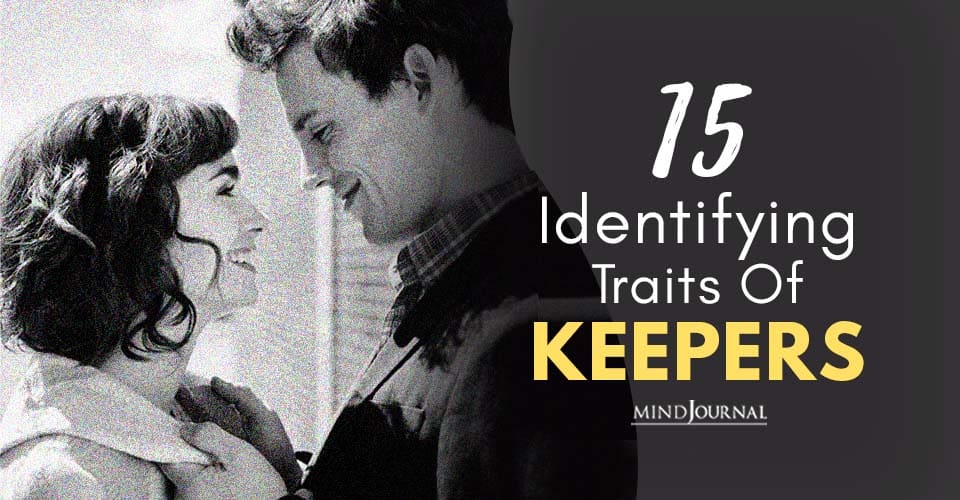 When it comes to having healthy and fulfilling relationships, keepers are the ones you should always choose to love and be with. It is only when you are with a keeper, will you understand what a mature, satisfying, and loving relationship looks like. Being with a keeper means you have hit the relationship jackpot!

Many long-term relationship seekers have failed to find their ideal partners despite sincere and intense efforts. They have read dozens of self-help books and Internet articles, watched dating videos, and sought competent therapists to help them.

They have learned every phase of finding the right person, correcting their own dysfunctional behavior, and keeping competitive in the dating market. Yet, they have not been successful in maintaining lasting relationships.

As a relationship therapist for forty years, I believe that the most important evidence has been overlooked.

Most relationship advice has focused on the “popular” traits and behaviors people think will ensure success, and have largely ignored those that consistently create great relationships.

Operating under the radar, people with these qualities don’t appear in tabloids or reality TV shows. They don’t live on pedestals, fall from grace when they choose new relationships, or leave behind angry ex-partners.

You won’t usually find them leading with the package that most people think will work. They appreciate sexual attractiveness, status, connections, social performance, financial success, and dramatic experiences, but they know those are not the positives that survive the test of time.

I’ve watched these people carefully over many years. They consistently create great relationships filled with joyful and meaningful experiences. I’ve heard them called Keepers, those people you’d never want to lose. I support that title and definition.

These successful relationships people exhibit a set of beliefs, actions, and ideals that keep relationships thriving through the good times and the bad.

Keepers have fifteen consistent identifying traits. You may already possess some of them. As you read through the list, think of people you have consistently treasured and felt valued by in return. Also, note if these behaviors characterize them.

At the end of the category descriptions, you and your partner can take the short quiz to see where you stand on each of these traits.

It is only for information, and not meant as a way of finding fault.

You may also think of other traits that have been important markers in the successful relationships you’ve had or observed and could add them to the list.

Here Are 15 Identifying Traits Of Keepers

Trait One – Keepers are self-accountable.

Keepers understand how love works and are not afraid to question themselves. They clearly put knowledge ahead of ego-preservation, and seek ways to help their relationships stay successful. They ask themselves what they could do to change them for the better. They are not out to win at their partner’s expense.

Alongside their willingness to admit wrongs and to choose compromise whenever possible, they are also confident in their own contributions.

They don’t automatically give up their point of view when challenged. You know them by their combination of ego strength and flexibility. They not only hold their integrity under fire but also expect that kind of behavior from people they respect.

He: “I keep telling you how much I hate it when you’re late. No matter what I say, you don’t seem to give a damn. What will it take for you to listen and do something about it? I’m fed up.”

Keeper: (Pulls back and wants to defend, but thinks about what he’s said, and where he’s right.) “You have every right to be upset. I don’t handle time very well. I really mean to, but I let other things distract me. I know I’ve been getting better but you do have a history of being disappointed with me. I’m really going to make this a high priority. Work with me, okay?” (Reaches out for his hand.)

He: (Taking her hand.) “I guess I don’t trust that you’re really making an effort, but I know you are. I’m sorry for the rant. I guess I want to be more important to you.”

Keeper: “I do this to a lot of people, and I’m sure you’re not alone. I will do everything I can to make this better, babe. I’m glad you cared enough to challenge me.”

Trait Two – Keepers can hold on to their own personal rhythms under stress.

Keepers can blend into the rhythm of their partners when they want to because they honor and respect their differences in timing and urgency level. They do not allow themselves to be pulled into emotional cascades when it doesn’t work for them or the relationship.

Whether making love, spring cleaning, or planting a garden, people thrive in individual ways. Those who respect and know their own rhythms want what’s best for themselves and their partners.

They are reasonably flexible and can slow down or speed up if their partner needs them to, but ultimately know that they are the final say on how they respond.