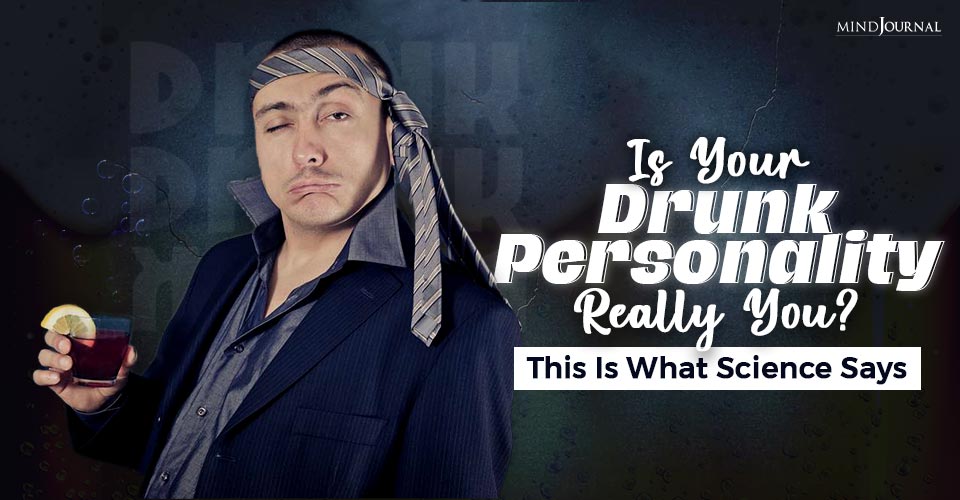 Drunk people do a lot of bizarre and funny things. From stealing a neighbor’s car to crying over silly matters, ordering things online that they hate like hell, ending up in a strip club, cooking inedible items, and a lot more. If you are one of those rowdy bachelors from the movie Hangover, you may also end up with a tiger in the bathroom or a six-month-old baby in your closet.  The one and only thing to blame the next morning is your boozed alter ego.

Do you think your drunk personality is different from your real self? Do we really transform into another person after a certain amount of shots? Do we really?

Well, it’s an undeniable fact that excessive alcohol consumption severely impacts your brain that manifests as impulsive behavior, memory loss, and slowed reflexes. There are various stereotypes across cultures about changes in the personality of drunk people. Transforming into a whole new person under alcohol intoxication is an age-old theory.

Is booze powerful enough to change one’s normative personality so drastically? Or is it just a drinker’s perception that his drunk self is far from the real personality?

Researchers From The University Of Missouri Confirm That Your Drunk Personality Has A Lot In Common With Your Typical Sober Self.

Their 2017 study published in the Journal Clinical Psychological Science, involves a survey of 156 people (moderate drinkers) of ages 21 through 30 without any serious medical conditions. The objective of the survey was to detect if there is any difference in the behavior of a man when drunk and sober.

The self-reported answers describe the typical booze consumption of these participants and differences in their perceptions about their drunk self and sober self. To ensure the authenticity of the responses the researchers also arranged for group sessions and created two groups: a group of drunk people and a group of sober people.

Throughout this process, the participants from both groups were breathalyzed five times and after the alcohol administration and absorption process, they were led to five different activities such as mind trap, games, group interaction, drawbridge exercise, and so on.

The duration of each activity was different and the entire activity session was designed to elicit a range of personality and behavioral displays relevant to each of those five activities. Survey and activity sessions were backed by audio and visual recordings.

Later the researchers asked the sober group to observe and rate the people from the drunk group using a system that measures five factors of personality also known as the Five-Factor Model (FFM).

The five personality traits are – Neuroticism, Extraversion, Agreeableness, Openness to Experience/Intellect, and Conscientiousness.

At the end of the investigation, the people from the drunk group were found to believe that their sober and intoxicated personality expression changed in all five major categories of FFM. They reported themselves to have higher levels of extraversion (more extroverted) and emotional stability and a lower level of conscientiousness, agreeableness, and openness to experience.

To rule out biases in self-reported answers, the researcher compared them with the observers’ assessment (a sober group that observed drunk group before and after alcohol consumption).

The researchers found that there were fewer differences between drunk and sober personalities.

But researchers found relatable differences just in one personality trait and that is extraversion, including assertiveness and gregariousness.

The research concluded that self-perceptions of sober-to-drunk personality differences were more pervasive than observer perceptions.

Isn’t It Surprising To See Such A Huge Discrepancy Between Drinkers’ Perception Of Their Own Alcohol-Induced Personalities And How Observers Perceived Them?

It is a popular belief that a person under alcohol intoxication experiences deep change internally. Maybe people who drink are programmed to think that alcohol would make them talk a lot, they must have believed their drunk self is an extrovert. In short – Placebo effect!

So, if you are planning to drink as hell with your pals after the lockdown is over, remember – your drunk self is really you.

Psychological scientist Rachel Winograd said he would love to replicate these findings in a natural drinking environment and find out how the results can be relevant in the clinical realm so that effective interventions can be developed to reduce the negative effects of alcohol consumption (as mentioned in Nee York Post).

Now you may doubt the findings of this investigation because it was conducted in a particular location instead of a natural drinking environment like bars, clubs, parties, and so on. Even though the participants formed groups with their friends so that they feel comfortable and the activity session was conducted in the evening and weekends, the whole setting was remarkably different from places where these people are accustomed to drinking.

So, chances are high that intoxicated personalities displayed by the drunk groups during the study may not be the same as that displayed during a normal drinking episode, where the alcohol dosages are not standardized. The presence of microphones and cameras for audio-visual recordings may have also made the participants conscious.

Another limitation of this study is the observer group where all the participants were not well acquainted with the people in the drunk group. So, it might have been difficult for them to notice subtle personality changes that are otherwise easy to detect when you’re well bonded with a person.

How do you feel after a hangover? Do you think your drunk self really you?

Watch out for this interesting video to know how alcohol makes you drunk?