How Wisdom Helps You Fight Loneliness: 5 Things To Know 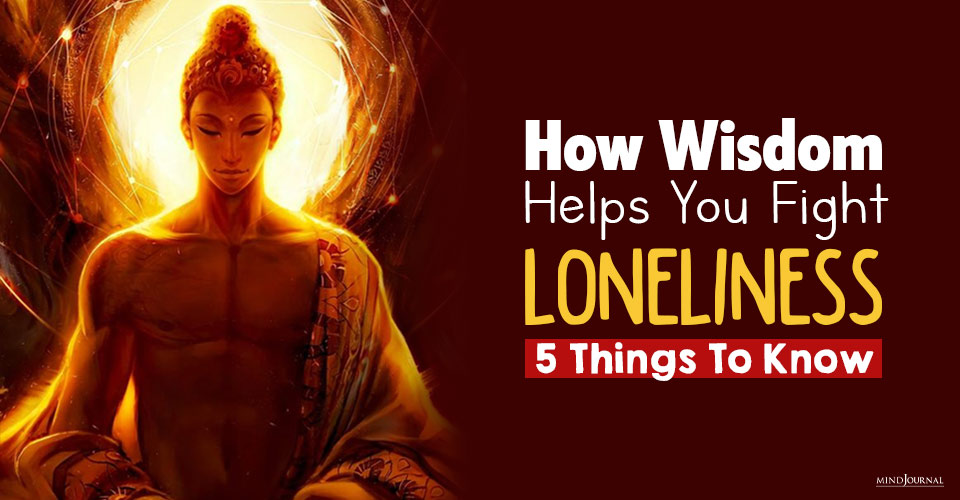 Loneliness is harmful to both physical and mental health. Research says you can fight loneliness by turning to wisdom. Read on to know some interesting insights into fighting loneliness.

Anna* has become increasingly lonely during the COVID-19 lockdown. “My work is pretty solitary at the best of times, and although I love what I do, I need some social contact. I ‘see’ friends on Zoom, and occasionally I meet someone for a socially distanced walk. But I’m feeling so desperate for social interaction I’m tempted to break all the safety rules just to have some company.”

Dave’s* children are in college but have been home more than usual in recent months because of the pandemic. “They’ve all gone back to school now,” he said. “And my wife and I are looking around us and talking about how quiet the house is—how lonely it is without them.” Even though he and his wife get along well, they are both feeling sad and lonely without the children. “Maybe if we had other social contact it would be different. But it’s just us, and it feels—I don’t know. Kind of sad, I guess. We’re both a little down these days.”

Even before the pandemic, loneliness across all age groups had become a growing concern around the world. Researchers have described loneliness as “the latest global health epidemic, with serious health implications” that can include poor general health, bad quality of sleep, and general feelings of unhappiness. Loneliness, or a feeling of sadness about being disconnected or cut off from others, is different from being alone. You can be alone and not feel lonely, and you can be with people and feel lonely.

If you have been feeling lonely, isolated, or without enough meaningful personal connections, you aren’t alone. But what can you do about it?

One study decided to try to answer this question by looking at loneliness in two very different populations, one in a rural region of southern Italy and the other in an urban/suburban county in the United States. The groups spoke different languages and had different historical, educational, and socioeconomic backgrounds, according to lead researcher Salvatore Di Somma, M.D., Ph.D.

What the study found was that despite these differences, both groups showed statistically meaningful evidence that the more wisdom an individual exhibited, the less lonely they felt.

But doesn’t wisdom come with age and time and experience? How does that help you now, at this point in your own life? I decided to do a little non-scientific research on my own, to see how these findings can help you fight loneliness back from the door. Here’s what I found.

My friend Brenda*, who is in her nineties and has been widowed for many years, said, “I never feel lonely. I love my time alone—to read, or listen to music, or take a walk or just to be. But I also love time with my friends, with my children and grandchildren, with people I meet on the street. Being involved with the world keeps me from feeling lonely.”

Related: How to Not Get Emotionally Attached to Someone: 8 Simple Rules to Follow

Jack,* a man in his late sixties, who has been in a long-term relationship with Arthur,* also in his sixties, said he sometimes feels lonely, but it doesn’t last long. “I have so many other things to take up my time,” he said. Jack and Arthur lost many friends during the height of the AIDS epidemic and are deeply committed to educating men about the ongoing risks of unprotected sex. “I guess you could say our life mission keeps us from getting too caught up in feeling lonely,” he told me.