How To Stop Being Jealous 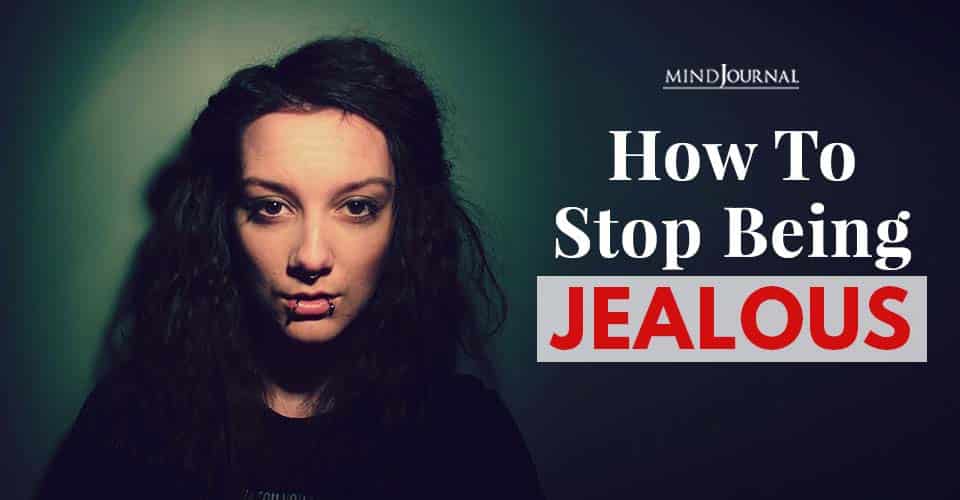 If your friend lost a ton of weight, don’t envy her. Use it as inspiration to get to the gym and eat better. If your friend got a promotion…great for her! It’s not like you were up against her for the job. Try to be inspired by the fortune of others, rather than discouraged and resentful. Trust me, you’ll be a much happier, better person for it.…

Jealousy in relationships can be a horrible, destructive force. It causes us to act irrationally, and sometimes plain crazy. One time a reader messaged me asking what to do about her boyfriend. She sent me a series of screengrabs from their text conversations and they were all basically exactly the same.

Her: Were you with a girl last night?

Her: Do you swear you weren’t?

Her: Did you talk to another girl?

Him: No! Why are you so jealous and crazy?

Her: I just need you to answer me, did you speak to another girl last night?

Him: Stop asking me the same question! Something’s wrong with you, how many times can I tell you the same thing?

Her: Okay last question, why did you like another girl’s picture on Facebook? Are you seeing her behind my back?

Him: OMG YOU’RE INSANE I CAN’T TAKE THIS ANYMORE!

This girl was feeling jealous and was terrified of losing her guy, and she seemed oblivious to the fact that her jealousy was the very thing pushing him away!

Jealousy and paranoia go hand in hand. Being paranoid that your boyfriend is going to cheat will not make him any less likely to cheat. You need to learn to separate fact from fiction, to see what is reality and what are your own emotionally generated delusions.

How to stop being jealous in relationships?

Read 7 Ways You Can Deal With Jealousy In Your Relationship

The feeling beneath that is insecurity; it’s thinking that she’s better than you. And this creates a fear—a fear that he’ll leave because you aren’t worthy. All of this is self-generated; you are creating this reality.

Maybe by talking about your fears and vulnerabilities, or by connecting in different ways. This is much more productive than starting a fight with him because you’re jealous and afraid of certain outcomes.

Remember, jealousy usually stems from within you. It’s up to you to get it under control. Now, what if your guy does things that border on shady? What if he has cheated or if he is sneaky? Well, that’s a different topic.

The issue here is trust, not jealousy. And that is also on you to decide why you would want to be in a relationship with someone who you can’t trust. But like I said, that’s a different discussion.

Jealousy comes down to desire. We desire something someone else has and believe that we can, and should, have the same thing. The good news is we can control our desires, we can control our thoughts, and the best way to have a happy life that you love is to start living the life you have!

(Side note: be sure to take our “Are You Accidentally Destroying Your Love Life?” quiz to make sure you aren’t committing some of the greatest relationship sins, like jealousy among others.)

And I know I was kind of hard on social media, that’s why I really try to be as inspiring as possible on our social media channels!