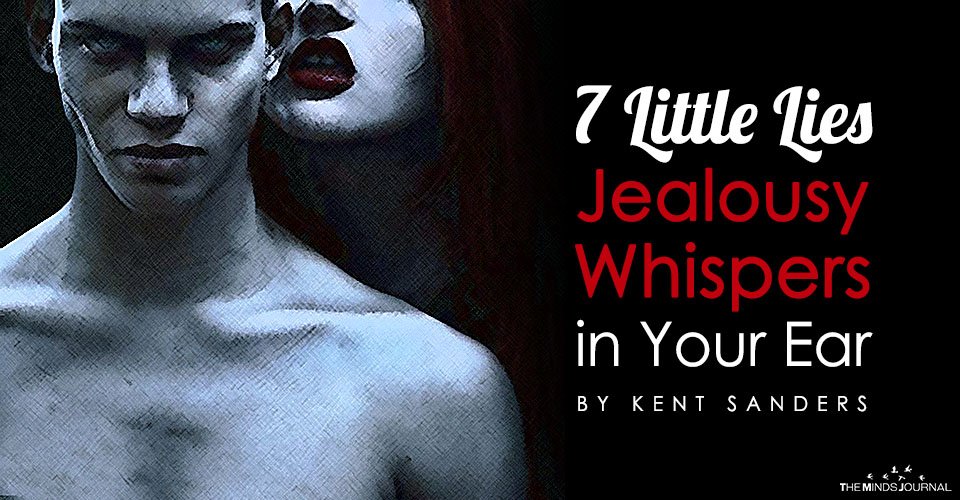 Not too long ago, I was talking with a friend about the success his and his family were having. He had just received a promotion at work and a substantial bump in compensation. His wife had also gotten a new job and was making twice her former salary.

Life was going really well for them.

As I listened to him recount his recent success, I was truly happy for him. He and his wife have been through some hard times and deserve every bit of their success.

But I confess that the more he talked, the worse I felt about myself. My joy morphed into jealousy as I secretly wondered why so many good things weren’t happening for me, too.

When we think of destructive emotions, we tend to focus on the obvious ones like lust, anger, and pride. But jealousy is equally destructive because once you start comparing yourself to others, it’s almost impossible to stop. Life becomes one giant contest and you see everyone as a competitor instead of a collaborator.

Read Shadow Work: How to Let Your Demons Guide You

No one is immune to seductive whispers of jealousy. We must constantly be on the lookout for the “green-eyed monster” that loves to tell these seven lies:

1. Jealousy lies to you about yourself.

Just because you’re feeling bad about yourself doesn’t mean it reflects reality. Jealousy makes you view your life and work through a negative lens.

When we feel anger, lust, or other strong emotions, we know it’s dangerous to act on them in an inappropriate way. So why do we feel it’s OK to indulge our jealousy?

Just because you feel bad about yourself doesn’t mean it reflects reality.

2. Jealousy lies about the reality of other people’s lives.

Whatever we see of other people’s lives, especially on social media, is only what they choose to show us. It’s human nature to only show the good parts.

Therefore, what you see on your Facebook or Twitter feeds are mostly smiles, successes, and wins. You rarely see the heartbreaks, screw-ups, and failures. (And to be fair, we do the same, don’t we?)

3. Jealousy lies about your own accomplishments.

When you focus on others’ achievements and why you don’t measure up, you quickly forget about the things you have accomplished.

If you take a few moments to write down your wins over the last six months or a year, you will be surprised at all the things you’ve accomplished.

Read How To Stop Being Jealous

4. Jealousy lies about the meaning of success.

We tend to measure our success in relationship to everyone else. If someone else has more than we do, we see them as more successful. If we have more, then they are less successful.

The most important way to gauge your success is by asking whether you have done your best and reached your personal potential. You can’t measure success by the fickle winds of money, fame, or your number of clients or blog subscribers.

5. Jealousy lies about the price of success.

When you’re jealous of what others have accomplished, you’re only seeing the results of their success, not the process or the costs of getting there.

We don’t realize that they probably labored for years in obscurity before hitting the big time or making good money.

Jealousy says that we should be enjoying those results, too, but it’s a lie unless we have also put in the work.