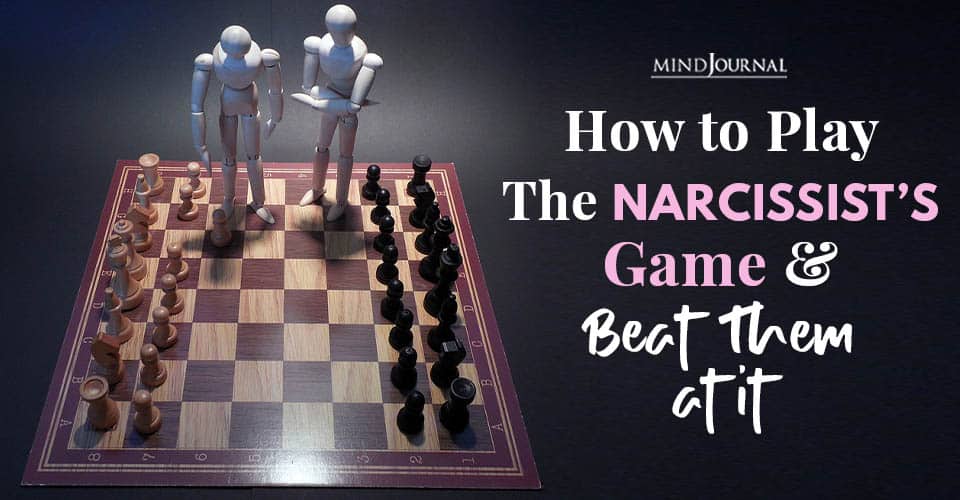 Being with a narcissist is nothing short of a hellish experience, and the more you stay with them, the more you feel like you are losing your sanity. But, you can change that. You can play the narcissist’s game, and beat them at it, as long as you know where to strike.

“I stood up as best I could to their disgusting stupidity and brutality, but I did not, of course, manage to beat them at their own game. It was a fight to the bitter end, one in which I was not defending ideals or beliefs but simply my own self.” ~George Grosz

So, you are involved in a relationship with a narcissist, and life is kind of difficult, to say the least.

Are you tired of the insults, the mean looks, and the general gaslighting? Is someone’s narcissistic behavior giving you a really good reason to finally say you’ve had enough?

Do you want to learn how to play the narcissist’s game so that you can beat him at it?

We’ll get to that…but before we do, let me ask you something.

Would you agree that the narcissist cares just as much about how he’s perceived as he does about how YOU behave inside your relationship? Is he or she always the one who calls the shots – whether directly or indirectly?

When I say directly, I mean by literally setting the rules; or indirectly, by manipulating every situation to his or her advantage. So, inside the relationship, the narcissist is controlling, often of every single aspect, to say the very least.

Related: The Narcissistic Lover’s Playbook: Stages of Relationship With a Narcissist

In short: would you agree that it’s always ABOUT the NARCISSIST?

Assuming you would, let me ask you another question: would you agree that people who don’t know the narcissist as well as you do may see him or her as a very generous, selfless, or fun-to-be-around type of person?

That’s what you call the narcissistic conundrum – sort of his secret sauce – the “dual personality” thing.

He’s one person at home (or in private) and another person in public or around “outsiders.” He’s one of those guys who’s nicer to strangers than he is to the people he loves.

(But as one of his favorite forms of narcissistic supply, you already know that his “generosity” is always equipped with proper strings.)

Oh, and then there’s the fact that you can’t always count on a narcissist to explode when something’s wrong in his little world – you’ll also have the covert narcissist types who will often just shut down and force you to figure out what you did wrong this time. And this one may not speak to you for days or weeks, even.

Playing the Game: The Rules of Toxic Narcissism

1. The apparent objective of the game is self-preservation – but there’s a twist! (Isn’t there always?)

2. The twist is that you’ve got to discover the tipping point between self-preservation and self-destruction when it comes to this game.