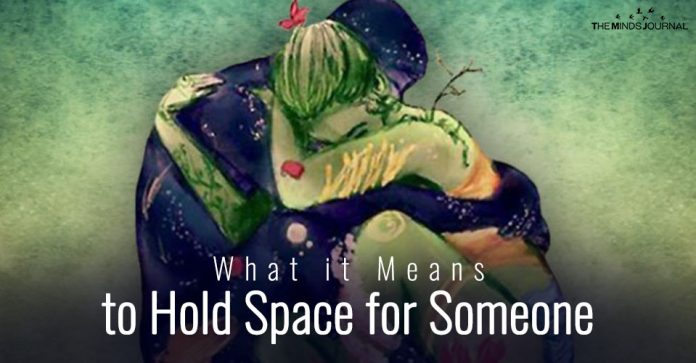 What it Means to Hold Space for Someone

How to be there for the people who need you most: The Transformative Effect of ‘Being There’ for Others, What it Means to Hold Space for Someone

When my Mom was dying, my siblings and I gathered to be with her in her final days. None of us knew anything about supporting someone in her transition out of this life into the next, but we were pretty sure we wanted to keep her at home, so we did.

While we supported Mom, we were, in turn, supported by a gifted palliative care nurse, Ann, who came every few days to care for Mom and to talk to us about what we could expect in the coming days. She taught us how to inject Mom with morphine when she became restless, she offered to do the difficult tasks (like giving Mom a bath), and she gave us only as much information as we needed about what to do with Mom’s body after her spirit had passed.

“Take your time,” she said. “You don’t need to call the funeral home until you’re ready. Gather the people who will want to say their final farewells. Sit with your mom as long as you need to. When you’re ready, call and they will come to pick her up.”

Ann gave us an incredible gift in those final days. Though it was an excruciating week, we knew that we were being held by someone who was only a phone call away.

In the two years since then, I’ve often thought about Ann and the important role she played in our lives. She was much more than what can fit in the title of “palliative care nurse”. She was a facilitator, coach, and guide. By offering gentle, nonjudgmental support and guidance, she helped us walk one of the most difficult journeys of our lives.

The work that Ann did can be defined by a term that’s become common in some of the circles in which I work. She was holding space for us. 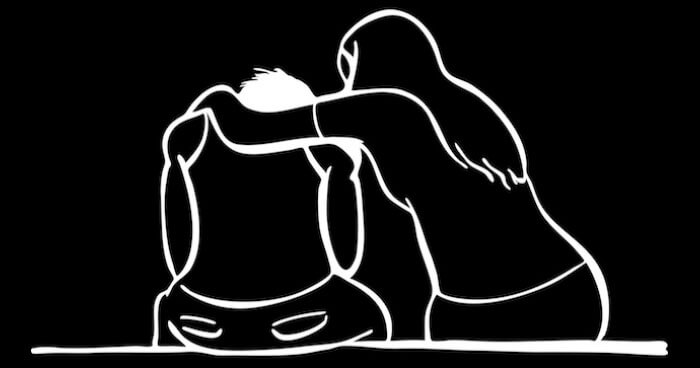 What does it mean to “hold space” for someone else?

It means that we are willing to walk alongside another person in whatever journey they’re on without judging them, making them feel inadequate, trying to fix them, or trying to impact the outcome. When we hold space for other people, we open our hearts, offer unconditional support, and let go of judgment and control. 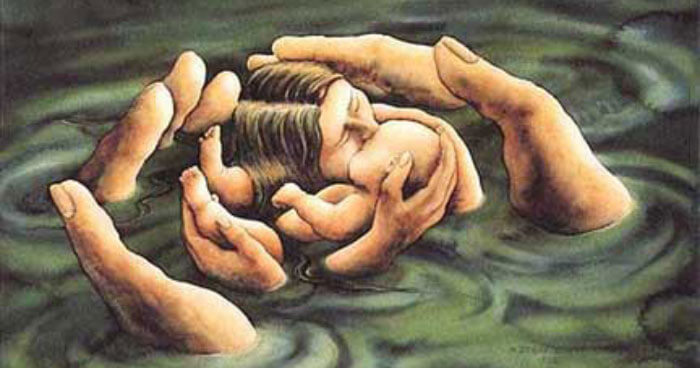 In my own roles as teacher, facilitator, coach, mother, wife, and friend, etc., I do my best to hold space for other people in the same way that Ann modeled it for me and my siblings. It’s not always easy, because I have a very human tendency to want to fix people, give them advice, or judge them for not being further along the path than they are, but I keep trying because I know that it’s important. At the same time, there are people in my life that I trust to hold space for me.

To truly support people in their own growth, transformation, grief, etc., we can’t do it by taking their power away (ie. trying to fix their problems), shaming them (ie. implying that they should know more than they do), or overwhelming them (ie. giving them more information than they’re ready for). We have to be prepared to step to the side so that they can make their own choices, offer them unconditional love and support, give gentle guidance when it’s needed, and make them feel safe even when they make mistakes.

Holding space is not something that’s exclusive to facilitators, coaches, or palliative care nurses. It is something that ALL of us can do for each other – for our partners, children, friends, neighbors, and even strangers who strike up conversations as we’re riding the bus to work.

Heather Pletthttp://heatherplett.com/
Heather Plett: I am a teacher,writer,coach helps build a school in Uganda
-Adverts-

The stages of forgiveness were developed by Dr. Robert Enright. It allows us to understand the process of forgiveness and letting go of pain and anger.
Read more
Relationship

21 Simple Ways To Build Emotional Connection With Someone

Learning how to develop an emotional connection can enable us to create a secure bond with someone and feel emotionally safe.
Read more
Parenting

8 Signs You Have Controlling Parents & How To Deal With Them

If you think your parents are overbearing, then here’s what you need to do.
Read more
wpDiscuz
5
0
Would love your thoughts, please comment.x
()
x
| Reply