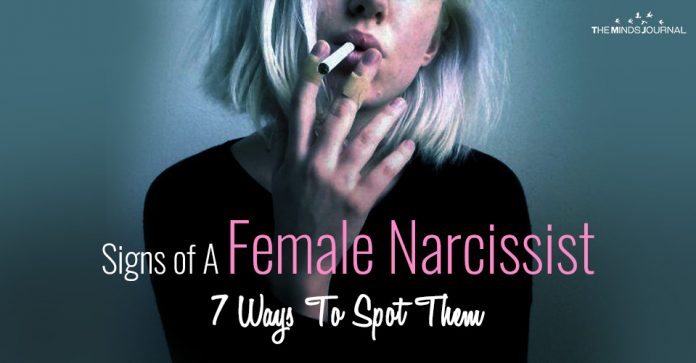 Signs of A Female Narcissist: 7 Ways To Spot Them

For the same reason that making peace with a “no” is difficult for a female narcissist, apologizing is difficult as well.

The need to always be right is a powerful one. As an extension of this, assuming responsibility for what they may not have done right is difficult. So if you know a woman who exhibits the repeated behaviour of becoming aggressive or withdrawn when you point out something justified, you could be dealing with a female narcissist.

5. Lack of empathy for people around

Because narcissism as a trait revolves around self-centered behavior, female narcissists find it challenging to make space for anyone else’s opinions other than their own.

Female narcissists, not very differently from male narcissists, are usually inflexible people who are concerned with the buck stopping at them. The ‘alpha’ quality of their behaviour makes them aggressive and unwilling to listen and empathize.

People around them are likely to feel unheard and sidelined.

One of the classic tasks of adulthood is to negotiate with and in the world context people live in. In a narcissistic scenario though, negotiation is inaccessible because of the fragile ego state of the narcissistic person.

Negotiation often demands a certain amount of stepping back and give and forth. Because of the inherent self-centredness of a female narcissist, manipulation is the quickest go-to. This ensures she can have her way and the unsuspecting folk might not even be aware that they have been manipulated!

7. Sees everything through the lens of competition

The alpha-ness of female narcissism results in an attitude that looks at everything through competition-tinted glasses.

Now this is often different from the leadership/authority context that male narcissists go by. Because of the way women are socialized, it could come in the form of passive-aggression and if you’re not watching well, as manipulation even.

The attempt to be alpha could be more covert than overt, and in this the female narcissist may even end up deceiving herself.

It is important to remember that narcissism can’t always be spotted on the go. It is also true that not all forms of narcissism are unhealthy.

A certain amount of self-importance can actually aid people’s growth and awareness.

Having said that, anything in excess can assume a certain “darkness”. It is to tune in and see what rings true for you, apart from seeking out a psychological diagnosis if a given context demands so. 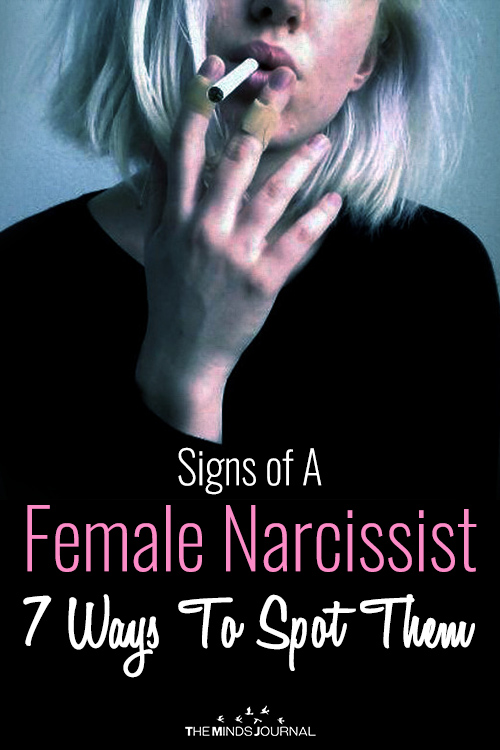 Are you feeling lonely? Do you feel lonely even when you’re not alone? Even if you do, there’s no need to worry or get alarmed. Truth is you are not alone in feeling lonely. Loneliness is a Universal Problem and it’s perfectly natural and normal to feel this way from time to time.
Read more
Coronavirus

13 Best Videos On Mindfulness for Kids

Use these videos to help bring attention and focus and how kids feel.
Read more
wpDiscuz
0
0
Would love your thoughts, please comment.x
()
x
| Reply