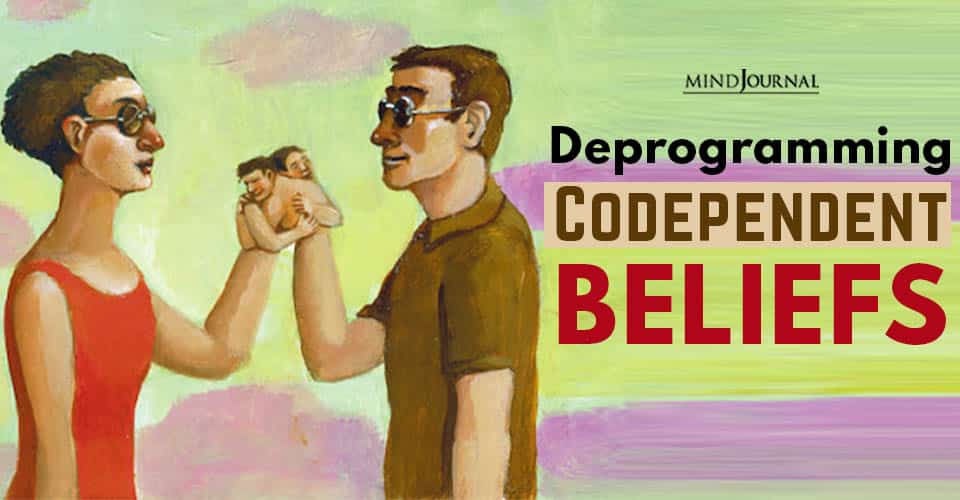 Having codependent beliefs goes back to when you were an innocent child because this doesn’t happen overnight. Rather, this is a result of years of grooming and experiences going back to your childhood.

Codependency is based on false, dysfunctional beliefs that are learned from our parents and the environment. Recovery entails changing those beliefs, the most damaging of which is that we’re not worthy of love and respect – that we’re somehow inadequate, inferior, or just not enough.

This is internalized shame. Last year, I published a blog, “Codependency is based on Fake Facts,” explaining the effects of this programming, which squelches our true self. Romantic love that’s mutual can for a brief time liberate our natural, true self. We get a glimpse of what it would be like to live unshackled by shame and fear―why love feels so wonderful.

There are countless ways parents communicate shame―often, with just a look or body language. Some of us were shamed with criticism, told we weren’t wanted or made to feel we were a burden. In other cases, we inferred that belief from neglect, violation of our boundaries, or dismissal of our feelings, wants, and needs. This can happen even when parents say they love us.

Being codependent themselves, shame and dysfunctional parenting get passed down unconsciously. Bad parenting can also be the result of an addiction or mental illness.

It’s key to recovery that we separate damaging beliefs from reality and from our truth. Like digging through manure, this is how we uncover the gold―our buried true self that’s longing to be expressed. Most of us find it difficult to identify our core beliefs. To a large extent, they’re unconscious.

In fact, sometimes, we think we believe something, but when our thoughts and actions (including words), prove the opposite. For example, maybe you know someone who claims to be honest, but who misrepresents or lies when necessary. However, we can discover our beliefs from our behavior, our thoughts, and feelings.

Related: 13 Ways Being Raised by a Narcissist Can Affect You

Examining our thoughts and feelings provides clues to underlying beliefs. For example, when you don’t keep your body as clean as you like, are you just uncomfortable, or do you feel ashamed or disgusted? What do you say to yourself? Your thoughts might reveal a belief that it’s shameful and disgusting not to shower daily or that body odor or fluids are repulsive. Such beliefs indicate a general distaste and shame about the human body.

When we feel we should or shouldn’t do something, it may indicate a belief. “I should shower daily,” is more of a rule or standard than a belief. The underlying belief might be about the virtues of cleanliness or hygienic well-being.

Another way to gain self-awareness is to notice how you judge others. We usually judge others for the same things we would judge ourselves.

Criticism and devaluing statements or gestures directed toward children attack their fragile sense of self and worth. They create insecurity and a belief of unlovability. List parental statements that impacted your self-esteem. (See Codependency for Dummies.)

Beliefs also come from experiences with siblings and peers, as well as other authority figures and cultural, societal, and religious influences. In all, our beliefs are a conglomerate of other people’s opinions. Usually, they’re not based on facts, and they may be challenged.