The One Thing Critical To Successful Healing From Emotional Trauma 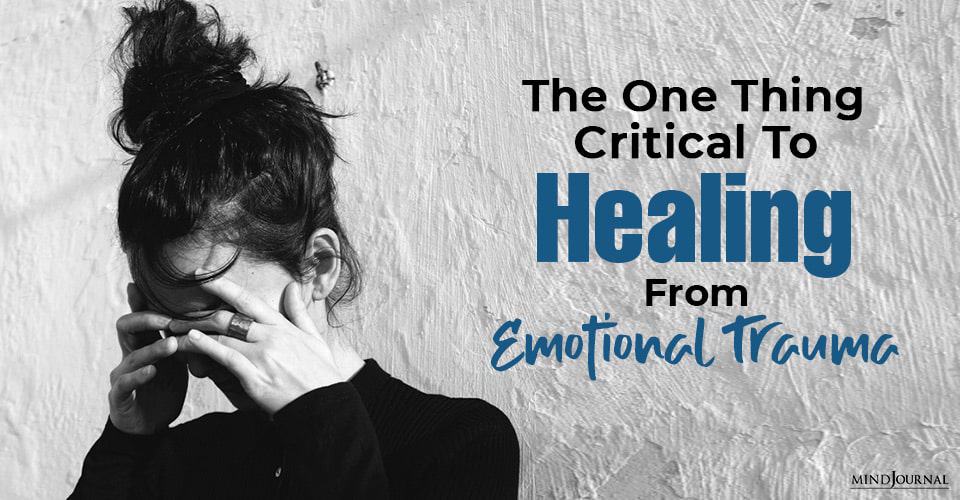 Being healed of emotional trauma takes a process. It can feel impossible and hopeless. It’s not. I know. I suffered for years from unresolved childhood trauma. It wasn’t until I processed the memories and emotions that I emerged free. But I did emerge free. Trust me, successful healing from emotional trauma is possible and there is hope.

Unresolved trauma surfaces in various ways but can be simplified into two categories. One is inwardly and the second is outward.

The trauma attacks our bodies with various illnesses and conditions. Thankfully the scientific and medical communities are catching up to the truth. It’s called somatizing and it’s real.

When I suffered the physical attacks from trauma, I was told it was not real and was all in my head. I was treated as if I was making it up and I should stop bothering the doctors. I wasn’t a hypochondriac or making it up as a fantasy. My body was reacting to the chemicals in my brain (head). It is now documented how this occurs and medication helps but doesn’t cure the problem.

The problem is the unresolved trauma hiding in the recesses of the soul.

Read How Childhood Trauma Is Screwing Up Your Relationships

Trauma that erupts outwardly effects our attitudes, behaviors and our relationships. These are often masked as moods, personality traits or irreconcilable differences.

However, when a person has a freaking cow over something that doesn’t make sense or doesn’t matter, the cause is unresolved trauma.

Childhood trauma is a problem in adults around the globe. In America alone, 60% of adults have suffered childhood trauma. Becoming emotionally whole doesn’t come with time.

It takes a process to successfully heal.

TRUSTING THE IDEA OF PROCESS

Everything has a process. Everything. It took me a long time to trust that. For example:

My mom gave me a poster when I was a teenager that said Things take Time. I hated it. I rejected the idea. Process and waiting were things I didn’t understand. My emotions and thoughts had been mangled by trauma and I wasn’t aware of anything but pain.

I wanted relief right now, not a process. My stubbornness and ignorance kept me trapped in the pain.

We’re all unique so no two journeys through any process will be exact even if we take the same steps. Perceptions are our reality even when they’re inaccurate. At the beginning of any process, we’re stuck with where we are at that time.

This is a picture of process.

Process is motion. It was only through moving forward and trusting a process that I started to get relief from my pain.

My process ended in success due to one thing.

ONE THING IT TAKES TO SUCCEED

The one thing I did that gave me success is I took ownership of my life. I didn’t take ownership of what others did but I took the responsibility of how I was going to move forward.

I let go of blame and fault finding and sought resolution. Focusing on fault and blame draws a picture of us as a victim and traps us in the suffering.

We don’t have to stay there.

The road to power is in taking responsibility – Will Smith

Taking ownership of your life is daring to believe you can gain the success you’re going after. It’s an act of acknowledging your value. Love says you’re worth the process. Feeling unloved is a common byproduct of childhood and emotional trauma.

That’s why we have to dare to believe.