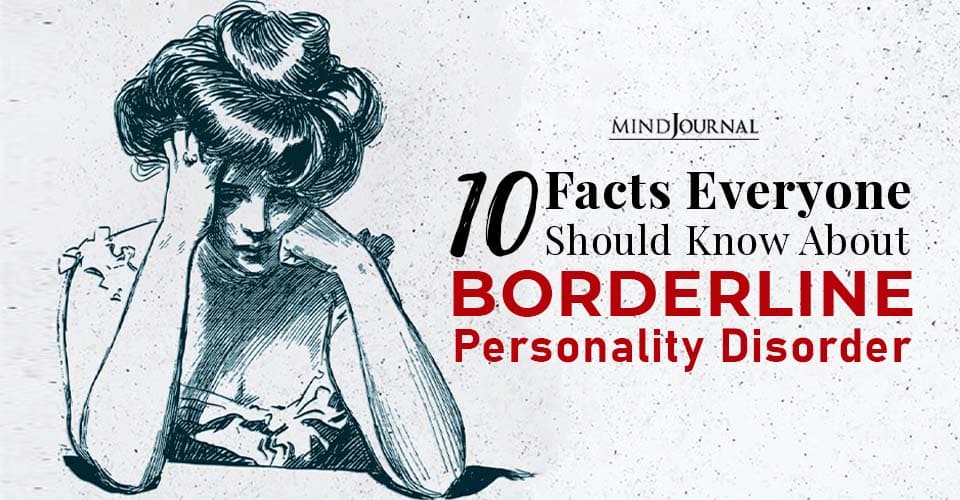 What is borderline personality disorder?

Borderline Personality Disorder (BPD) is a psychiatric condition typically affects young adults and adolescents. People feel intense emotions for extended periods of time. This can result in extreme responses to stressors and feelings of abandonment. Difficulty with self-regulation along with self-harming tendencies and suicidal thoughts can also result in sufferers.

A person with BPD is extremely sensitive and may experience excessive anger, depression, stress and anxiety. Even the smallest triggers may cause intense reactions. Overwhelming emotions can make a painful experience appear inescapable. But it’s possible to recover from BPD.

Read What It Feels Like To Live With BPD

According to the 2007 National Comorbidity Survey Replication, about 1.4% of 5,692 respondents examined met the criteria for borderline personality disorder. This statistic is way lower than any other personality disorder which was around 9% at the time.

BPD affects how you feel and think about yourself and others. It makes it hard to regulate your emotions and impacts your daily life negatively. The changes in mood can be so extreme that it can make you feel overwhelmed with emotions. They also experience a strong fear of abandonment and think that the people they love will leave them.

3. Borderline personality disorder is not the same as bipolar disorder

4. BPD can exist with other mental disorders

5. Risk for self-harm and suicide is high in people with BPD

Due to lack of impulse control and intense emotions, self-harm and suicidal tendencies are prevalent among patients with BPD. According to the American Psychiatric Association, 10% of people suffering from BPD commit suicide, 70% attempt suicide, while 90% engage in self harm activities. Deep emotional suffering can lead to self-harm which may seem like a temporary yet instant relief.

6. There may be many causes of BPD

Studies have found that there are several causes that can cause BPD in a person. It can result from a combination of neurological, environmental, genetic, and social factors. Although there isn’t any known gene that has been identified to be linked with the disorder, you will have higher probabilities to have BPD if any of your family members had it.

7. BPD can be treated fully

According to studies published in 2011 by psychiatrist Dr. John Gunderson, 85% of people with BPD experience complete symptomatic remission. Moreover, researcher Mary C. Zanarini published a book in 2018 which revealed that 60% of people with BPD had recovered by the age of 16. Although treatment and recovery may be difficult, it is definitely possible. This is undoubtedly one of the best borderline personality disorder facts.