Awakening Is a Destructive Process

Awakening is no easy path but a gradually destructive process.

There is no easy road to enlightenment
Enlightenment is a destructive process.
It has nothing to do with becoming better or being happier.
Enlightenment is the
crumbling away of untruth. It’s seeing
through the facade of pretense. It’s the
complete eradication of everything we
imagined to be true.
– Adyashanti

Make no bones about it, awakening is not a walk in the park. It is a ride through hell. It is the tearing down of all of your cherished beliefs and everything you thought about yourself.

There is no way around this. In The Hobbit: The Desolation of Smaug, they had to enter into the Mirkwood Forest to get to their destination. There was no other way for them. It was not a walk in the park.

Likewise, we must enter the shadowlands, and come face to face with our shadows. It is there that our false ideas of who we are are shattered. It is there that all of our false beliefs are destroyed. We must face these false notions and see them for what they are. This is the only way to heal, to become whole again, to live in integrity.

My good friend, Julie Anne gave a good description of this process in Enlightenment. It is a complete surrender, a process of brutal self-honesty. It is a path of complete acceptance of the truth, no matter how difficult it is to bear. I still remember it vividly.

We go through life with so many false notions – of the world, of spirituality and of ourselves. We build up masks and we believe the facades. It’s all a charade. It is all based upon illusions and deceit.

We deceive ourselves at every moment, and the world also deceives us at every moment. We live in perpetual cognitive dissonance, justifying the most absurd things in our minds. We constantly lie to ourselves…. and we believe it. 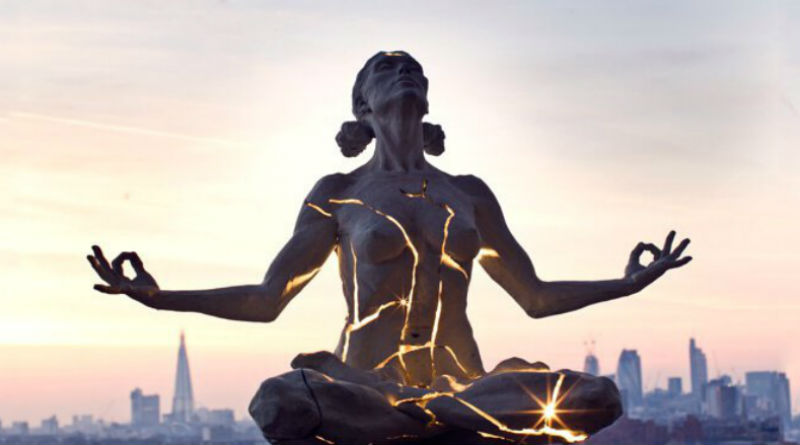 To awaken to the truth that you seek, you must tear down the lies.

But we are too attached to the lies. We want to hold on to the illusions and to become enlightened at the same time. That is not possible. But there are hundreds of phony gurus and “spiritual teachers” that will tell you it is.

They offer you processes to become happy, fulfilled, calm, find your soulmate, be positive, get the right job, make lots of money, balance the chakras, become healthy and whatever else you may be desiring.

This has nothing to do with awakening. This is only polishing the ego. They all lead you right back into the matrix. You may even be lucky enough to get a golden cage, but it is still a cage, and you remain imprisoned in slavery. This is the road that most people choose to follow. This road is well traveled by the herd. The road to truth and freedom

It takes courage, discernment, and self-honesty to walk the Siddhartha road to truth and freedom. Not many people have that. We have been weakened by the onslaught of programming since our childhood.

Most people want to remain in the herd, as they find comfort in the company of other deluded souls. It takes a certain individual to break free of the herd.

The Siddhartha road is not easy. It is a treacherous road that will shatter every part of your existence. No, it takes a certain type of person to walk that road; a person that is willing to give up everything to find his true Self.

My story was one that took me through so many paths to nowhere; detours, dead ends and off of cliffs. I had to eventually be dragged, kicking and screaming through the abyss by Grace herself, for me to awaken. It was simply my time.

Now the strange thing about this, is that worse things have happened to me before, so why did this hit me so hard? I believe because it was supposed to, for me to transform. I took everything much harder than I ever did before. Yes, I remember it well. My entire life story collapsed overnight. My girlfriend of five years ran off with another man. And she lived across the street. So every morning I would look out the window to see his van, just to rub it in.

I kept saying, “There must be a purpose for this.” My health collapsed, my business collapsed, and those that I thought were my friends were not. I was alone.

I tried to be in denial, grabbing straws as I was being dragged down into the abyss. My world around me collapsed, but so did my self-worth, self-esteem and my false ego. I felt unloved and abandoned. My life story shattered.

In the depths of darkness

I was left in this darkness for some time; four months. At that time, I was slowly being dismantled, as I had to face the hard cold facts. I had to be brutally honest with myself. Eventually, I came to the point of realizing that I hated my broken body, I hated the world, I hated myself, and I really hated god.

Yes, I was very angry with him. He abandoned me. I felt the entire world abandoned me. It wasn’t fair. I threw out everything spiritual in my house. I was facing my darkness with brutal honesty. I sat with that for a while. Imagine the despair of seeing what lies hidden behind your persona, behind the lies you tell yourself daily.

And then a very powerful voice spoke to me. From where this voice came from, I do not know. It said, “Just surrender to the suffering.” That was it.

So I thought about it. I realized that I was not accepting what was happening to me. I was fighting it. I was trying to push away the suffering, but it was obviously not working. So I followed the message and surrendered to the suffering, that which is.

This continued for two weeks, right through Christmas. I felt so rejected, so abandoned, so alone. The pain of being stripped naked in the frigid cold, with no hope in sight. But I accepted what was happening.

I was no longer trying to push it away. The suffering felt endless, yet I endured it. I don’t even know how to explain it. And then on the morning of January 1, 2004, I woke up.

Not to a new year, but a new life. The suffering was gone, all was forgiven, and I was at peace. A peace that I had never known before. That which I thought I no longer existed. My false perception of Self vanished.

I remember the singing of the birds, the sun entering through the window, and everything around me was seen in a new light – a light of awe and amazement. My mind had ceased its chatter, I was experiencing a very deep peace. And then it started – wave after wave of revelations, of deep knowing. I began to awaken to who I Am. I became acutely aware that I Am eternal and sovereign. Each wave awakened me more to my deepest Self.

Each wave also shattered the illusions and deceptions of the world. As I awakened, my eyes saw a very different world. All the pieces fell into place. Someday I will describe the many revelations that flooded over me. I have already written much about it.