An Older Man and A Younger Woman: Can The Relationship Last? 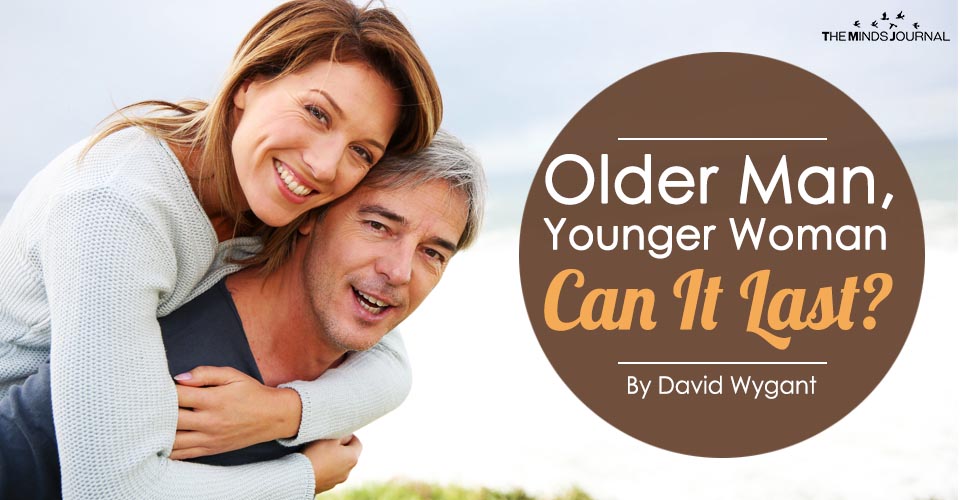 A friend of mine called me earlier.

“David, I met this woman who I’m so aligned with. I can feel her.

The chemistry is off the charts. It’s ridiculous.

We talk and we totally understand one another.

I understand her, she understands me. There’s one issue.

Listen very carefully to what that terminology is: How do I get her to want to be with me?

Getting someone to want to be with you means that you’re actually going into salesman mode, so you’re selling somebody the benefits.

You might as well state it like this, “Hey, look, I’m a great guy, I can have sex with you better than any other man in the world. I’m going to be cool. I’m old, I’m wise, I could teach you so many things…”

Blah blah blah. That’s not the way things work. The second you go into salesman mode when you meet somebody is the second you give any and all power away.

A 30-year-old woman has way too much going on in her life, way too many experiences. She probably wants a family. She’s got so many things she wants to do and experience that by the time she’s 45 or 50, she doesn’t want to be with a 75 or 80-year-old guy, and that’s understandable.

Life is about the moment. When two people meet and gravitate towards one another, it doesn’t always have to be permanent. It can be something that can just be a week or two or three or a month or four months or a year.

Everybody in life is a messenger for you. People are there to teach you things that you can learn from. That’s the beauty of what dating and what life is all about.

So my 60-year-old friend asked me, “What if I’m honest with her like you told me to be and she just doesn’t really want to go any further? What do I do?”

You tell her this:

“Look, I’m 60, you’re 30. You’re an experience for me and I’m an experience for you. We’re going to share things, we’re going to learn from one another, and our time will be up whenever it’s meant to be up. But why deny a connection? Why deny something where you can both grow as people? That’s what expanding yourself is all about and I can understand if you have fears about it, but I’m not looking to spend the rest of my existence with you because I don’t expect you to wheel me around the nursing room in 15 years. But right now I’m young, I’m viral, and there’s something here that I want to explore.”

And then you shut up.

Most people can’t even do this last part because the uncertainty is better than the possibility of rejection.

But I urge you to step into the uncertainty, for that’s where all life’s gifts are hiding.