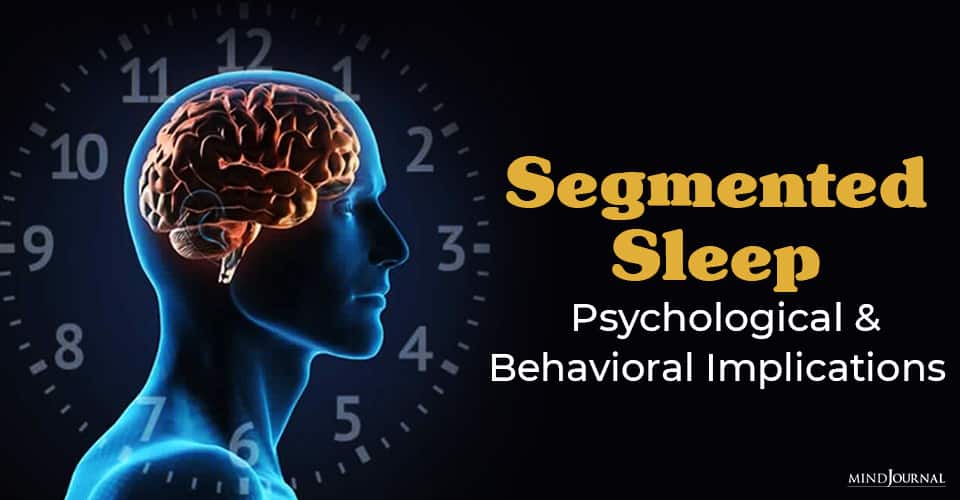 Doctors recommend us to sleep for eight straight hours every day because it is good for our health and well-being. But, if you are struggling to fall asleep or staying asleep, you must reconsider your sleep schedule. Perhaps, it’s time for you to try segmented sleep. Here’s why…

What is segmented sleep

Roger Ekrich, Professor of history at Virginia Tech in the United States. has conducted intense research into pre-industrial sleeping patterns. He found that our ancestors broke up their slumber into two shifts, separated by one-to-three hours of wakefulness. These periods were known as first sleep, which was just after dusk, and second sleep, which lasted until morning. This type of sleep is called segmented sleep or biphasic sleep.

What happens in the waking period between the first and the second sleep?

Anything productive like writing, playing music, smoking, praying, having sex, or visiting friends. Even today a lot of people wake up at midnight to study or research or meditate or generate a productive project.

Read What Is REM Sleep? Why Is It Important For You

Actually many people are following a split sleep schedule, with zero awareness about segmented sleep. On the other hand, some people are thinking segmented sleep is a new supercool sleep trend that can be a great relief from stress caused by the fast-paced life – least aware that it was a normal sleep pattern for people in the pre-industrial times.

In the early 1990s, Thomas A. Wehr, MD, put eight men in a room for a week subjecting them to 14 hours of complete darkness a day. The men slept for 4 hours, followed by about 3 hours of wakefulness, and then another f4 hour period of sleep, he found that these men developed sleep patterns that resembled the lifestyle of our ancestors before the invention of electric lights.

When the participants in his experiments shifted from the 16-hour “days” and 8-hour “nights” customary for them (and for others in developed countries, who depend on artificial light) to the “natural winter” conditions of his experiment, they first slept for 11 hours and then began to sleep for an average of 8.9 hours, as compared with 7.2 hours under ordinary conditions.

Wehr also observed that when given 14 hours of darkness, it took participants in bed rest about 2 hours to fall asleep compared with 15 minutes under usual conditions. This is an interesting thing to note because many of us believe that a good night’s sleep means falling asleep as soon as we hit the bed.

The notion that eight straight hours of uninterrupted sleep is the “natural” and “healthy” sleep cycle is being called into question by the above reaserch. Keeping aside the causes and consequences of insomnia, what we consider as normal sleep patterns, is it normal at all?

Read Afternoon Naps are a sign of Health and NOT Laziness

Wehr’s study and similar findings have sparked interest in segmented sleep, where most study participants have reported feeling better-rested. The recent buzz about the midday naps at work backed by the examples from some of the celebrated authors like Jane Austen, Charles Dickens, and Leo Tolstoy, also suggest that segmented sleep may be the new normal.

There are many psychological and behavioral implications of segmented sleep according to Ekrich. He noted that in ancient times mid-night wakefulness was seen as a calming time for prayers or any productive activity. He tried segmented sleep and overcame insomnia (which was a time of anxiety and worry), by getting up and working for a couple of hours, then returning to a period of deep, “second” sleep.

On asking a highly-published research psychologist for her secret to incredible productivity, Ekrich learned that she systematized the segmented sleep pattern. She indulged in intense work from 2:00-4:00 am before returning to a second sleep period.

Based on research and personal experience, Ekrich believed that using the waking period productively or as a period of meditation may help calm anxious individuals worried about not getting their 8 straight hours.