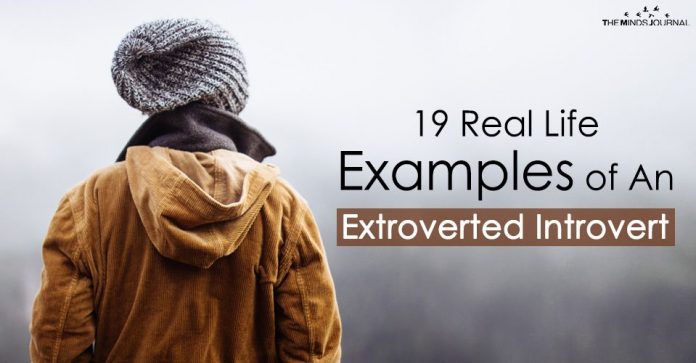 5. We’re open to meeting your other friends. Just let us know ahead of time that we’ll be meeting new people so we can mentally prepare ourselves to socialize.

We’re not closed off to meeting new people, it’s just a very exhausting thing to do. So we literally have to prepare ourselves to socialize. We have to get into the mindset of, “Okay, I’m going to be talking a lot.”

6. Despite needing our alone time, we do get lonely.

It’s difficult to balance between alone time and not feeling lonely. Often we’ll want to go out because we feel alone, but our apartment is so comfortable that we won’t want to leave.

Sometimes we’ll require some coercing to get us out of the house. Again, it’s not that we don’t want to go out, we just start thinking, “What if it’s not fun? I could totally be reading my book. What if the tickets are sold out? What if they don’t actually want me to go and they’re just inviting me to be nice? We begin to draw into our own heads and make up things that could go wrong and use them as excuses to not go out.

8. We’ll happily chat up your parents/friends/girlfriend/boyfriend/boss/etc., but once it’s over, we require silence.

After so much talking, we really need to recharge.

9. We’re not always the most talkative person in a group, but if someone is in need of a social life jacket, we can step up and offer that.

Again, we’ll happily chat someone up if the situation arises. We get that conversation can be uncomfortable, so if we see someone who is worse than us at holding a conversation, then we’ll take the initiative to make them feel more comfortable.

We can’t imagine hosting an event solely for our own sake. We don’t even think people would want to come to a party that we host. So if we do host something, it’s a big deal for us.

10. We live in our heads even if it seems like we put ourselves out there.

Even when we’re being outgoing, our thoughts are still running and analyzing the situation.

11. Because we can be outgoing and calculated at the same time, sometimes we end up being leaders. But that does not mean we want praise, nor do we want to talk about how great we are.

People seem to think that we’re fit to be leaders. We can stand up and talk in front of crowds when we need to. We can make decisions when we need to. But we often analyze ourselves and don’t think highly of our skill sets. Sometimes we don’t believe we’re good enough to lead. We always think we can be better so praise often makes us cringe.

…Introvert with a touch of… Read more »

Although I agree with the… Read more »

If you want to truly care for your introvert you have to start by understanding who they are inside and what motivates them to behave and act in the way they do.
Read more
wpDiscuz
6
0
Would love your thoughts, please comment.x
()
x
| Reply