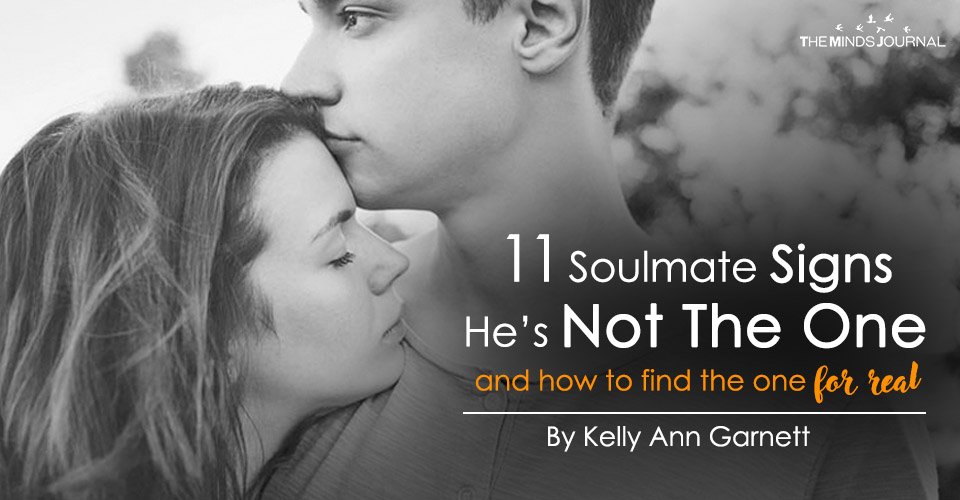 When it comes to dating, so many people would rather be with someone (anyone!) than be alone.

Too many women are willing to settle or are way too generous in seeing the “potential” in their man. The problem with that is this: If your man can’t see his own potential, he’s never going to meet it.

If you’re serious about meeting your soulmate, then you need to stop dating the wrong guys, and there will be soulmate signs along the way telling you who is NOT your “One”.

Your soulmate won’t be someone you’re settling for. He won’t need you to see his potential because he’ll already see it for himself.

There’s a great episode of sex in the City when Carrie and Berger are on a break. Samantha tells her that the test of a good relationship is whether he makes her frown or smile.

When one of my clients, Robin, was in her last serious relationship, she decided to mark her calendar each day with a happy face emoji or a frown face emoji.

If spending time with her then-boyfriend, Jon, made her happy, she put a happy face emoji on that day. If it made her tired, frustrated, irritated, or just plain pissed off, she put a frown face.

When she looked over the emojis of the month, there were way more pissed off ones than happy ones, so she knew it was time to call it quits.

I’m not claiming that women can’t be a bit emotionally unstable on their own.

But, when sweet Jessica was dating Robert, she suddenly found herself doing all kinds of ridiculous things she would never have done before, like crying every time he left her place.

When we talked about what was going on, she became aware of the fact that Robert had one foot in the relationship and one foot out. He still wasn’t divorced and was emotionally unavailable. His uncertainty was literally driving Jessica crazy.

She realized that if he wasn’t willing to be all in, she’d have to be all out.

3.   He rushes the relationship.

When a guy comes at you hot and heavy at the beginning of the relationship, he could be addicted to the “Honeymoon Stage.”

The natural, organic progression of a relationship shouldn’t occur at the speed of light! Sure, the beginning stage of a new relationship is fun and exciting, but moving too quickly usually causes the relationship to crash and burn in the end.

Slow and steady wins the race, so feel free to help keep the pace as you’re getting to know someone new.

If you’re in a relationship with someone who isn’t listening to you or honoring you and your needs, then it is time to run for the hills.

When Raquel and Luis first began dating, she kept telling him time after time that she wasn’t ready to sleep with him.

First, she wanted them to focus on deepening their friendship, and second, she wanted it to be special. He went to her place after a night out with the guys, and she gave into him. After, she was so mad at him for not honoring her but was even more angry with herself for giving into him when she knew she wasn’t ready.

When we worked through this, she saw that this dishonoring pattern was consistent in other areas of his life, and she realized that he wasn’t her soulmate.

When you’re dating someone that expects you to completely devote yourself to them, they are not your soulmate!

Julia had been dating Rob for 3 months when suddenly he started to get very possessive of her. He didn’t want her spending any time without him. If she wanted to go out with her friends, he had to come. If she needed to go run errands, he made her pick him up to go with her. He even had the nerve to tell her that she couldn’t see her children when it wasn’t her custody day. So, if her daughter had a soccer game on an unscheduled day, she wasn’t allowed to go because that would take away from her spending time with Rob.

I helped her to see how insecure Rob was. And even though she really cared about Rob, she became aware that she didn’t want to live her life being so controlled.

If you’re interested in someone who puts you on a pedestal, beware! You could fall off and get really hurt!

When a man lets you walk all over him, he is not your soulmate.

One of the purposes of a relationship is that our partner challenges us to be the best version of ourselves. If he is willing to do whatever you want and say whatever you want to hear, he’s not empowering you.

Yes, we all want to be adored and treated like a queen, but you should want your man to act like a king, not a doormat.

If a man you’re interested in is making decisions or avoiding telling you something based on how he thinks you’re going to react, he’s just taken away all of your choices and is not giving you the benefit of the doubt.

Many times, we make choices based on past experiences. But, it’s not fair to assume you’ll react to something the same way his crazy ex-reacted.

Josh decided not to tell Mona that he was meeting a female friend from college for drinks one night because if he ever mentioned her to his ex-wife, she’d get furious. Mona didn’t even care that Josh had female friends, as long as he was open and honest about them.

Not telling her was the same as lying in Mona’s book, so it definitely put a strain on their relationship. Because this was a pattern for Josh, Mona broke it off in the end.

8.  Sherlock Holmes is in the house!

If you feel like you have to be a detective with your man, then there is something off about your relationship.

Either you’ve got some jealousy issues you need to work out, or he is doing some shady stuff.

If you feel like you can’t trust your man, then there is no point in continuing a relationship with him.

If a man doesn’t value you, then he is not your One.

Usually, with this sign, there are 2 reasons for this:

If he doesn’t value himself, then you’re wasting your time with him. It’s not your job to help him figure this out, or change him.

If you don’t get your own value, then he definitely won’t.

The people that are closest to you, friends and/or family, are usually your biggest cheerleaders. Take in all of their love and support, and begin to believe them (and me) when they tell you how fabulous you are.

And if they don’t, then it may be time to break up with them!

If at any time during the relationship, you feel like you can’t be yourself, then he is not your soulmate!

So many women tend to “divorce” parts of themselves when they are in a relationship.

Shelley loved to do yoga. Every morning, she was at the yoga studio. She loved how it grounded her before she went to work. When she started dating Steven, she began choosing to skip her classes so that she could stay in bed with him and cuddle in the mornings. She also wanted to make him breakfast because she wanted to show him what a great caretaker she was.

When she started getting stressed at work, she wanted to get back to her daily yoga routine. Steven was really upset because he got used to her cuddling with him and cooking him breakfast.

Not only had she divorced a part of herself to please him, but she began resenting him for it. They broke up within a couple of weeks.

If you’re dating someone that you really like, but you just don’t feel that “X Factor” with him, then he’s probably not your soulmate.

Even if you don’t feel fireworks right out of the gates, when he’s your soulmate, there is something about him that can’t keep you away.

Don’t try to justify why you should keep dating him if there’s something that just feels off about the relationship.

It’s likely your inner guidance letting you know he’s not the one.

Soulmate Signs and Signals: 8 Identifying Signs Of A True Soulmate

6 Signs You’re In A Relationship With Your Soulmate

Here’s What You Need In A Soulmate, Based On Your Zodiac Sign

16 Signs The Two Of You Are Meant To Be Together 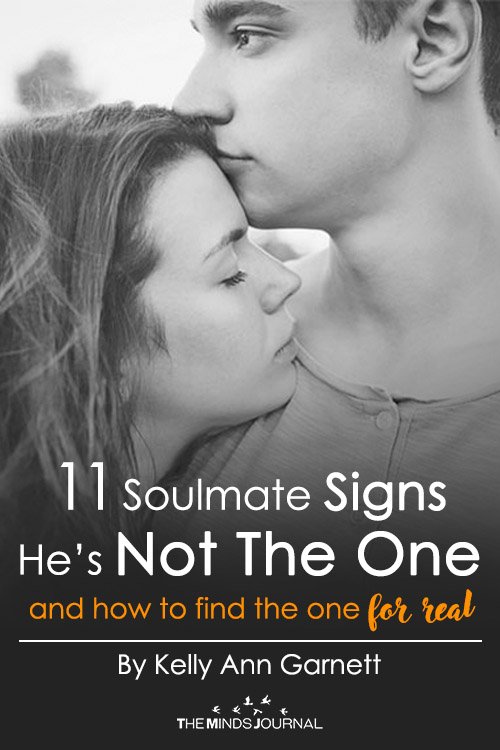 For over a decade, Kelly has been coaching men and women who are looking for love. She understands the deep desire and longing for a Soulmate and what it takes to stay loyal to yourself as you journey toward each other.Kelly is dedicated to helping her clients embrace love again, empowering them with tools to create a powerful and loving relationship with themselves and others.View Author posts