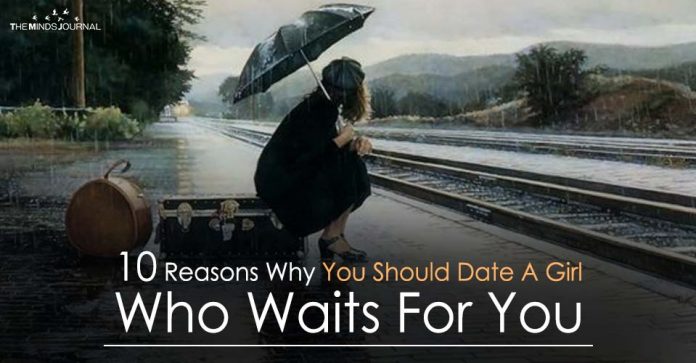 1. She’s confident enough and sure enough to wait.

If there is one good thing about the girl that waits for you is she’s sure of her own feelings. She’s so sure she knows they won’t change no matter how much time passes. So she lets you go on your way. There is something rare about that type of loyalty both to herself and you.

2. Anyone with patience has a deep understanding of things.

She understands things aren’t always that easy. And as much as she wants to solve those problems for you and help get the conclusions you need, she also knows there are some roads that need to be taken alone. Whatever happens, if it’s in her favor or not she’ll understand and accept it. Because more than wanting to be with you, she wants you happy.

3. She’s choosing you every time.

Even if you’re not choosing her or are confused about how you feel she’ll never stop picking you. She’ll never stop making you feel like you matter. She refuses to give up on you even in those times you’ve given up on yourself.

4. Not every girl will wait but she does.

She’s not waiting out of desperation or because no one is interested in her, she’s waiting because she sees something in you but more than that she sees the possibly in both of you together. She holds onto that blind faith even when she has no reason to.

5. She continues to forgive you.

When you play the, ‘I’m uncertain game,’ and mess with her feelings as you figure out your own, she doesn’t budge or hold it against you. She doesn’t for a second treat you the way you treat her because she’s sure of you and she’s sure of herself. She’s willing to forgive you for messing with her as long as there’s still that chance of you guys making it in the end.

6. Because she’s always been sure of you.

She’s never had to text you just to see if you answer. She’s never had to test you to test how she feels. She’s never changed plans or tried to ruin your night. She’s there. She’s always been there and you’d be a fool for not realizing there is value to that type of person who can deal with the BS a lot of people consider dating and courting and still love you.

7. She won’t pressure you or keep you on any leash.

If you guys do get it right she’ll never be the type to demand much or pressure you. She’s simply happy to have you in her life and with that, she’ll trust you the same way you can trust her.

She’ll count her blessings and show her appreciation even though it’s you that’s the lucky one.

9. And she probably loves you more than you know.

If she didn’t love she wouldn’t put up with your shit.

Even the most patient girls get tired of the games and confusion and wondering where is this going. And while you are fumbling through the confusion she’s going to walk away when she realizes you can’t give her what she needs. It’ll be only after that happens you begin to miss her.

And when missing her becomes too much and you pick up your phone, realizing you shouldn’t have kept her waiting, you better hope and pray to God someone hasn’t beaten you to her and given her the things she was hoping to get from you. 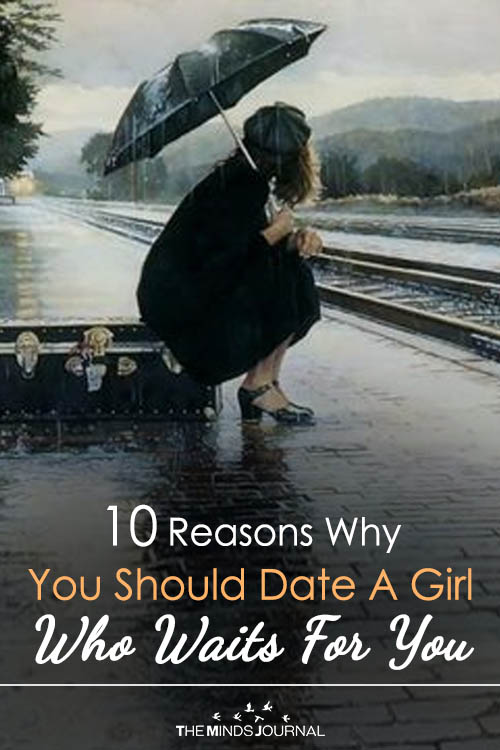