Why Falling In Love Is So Difficult For Strong Women 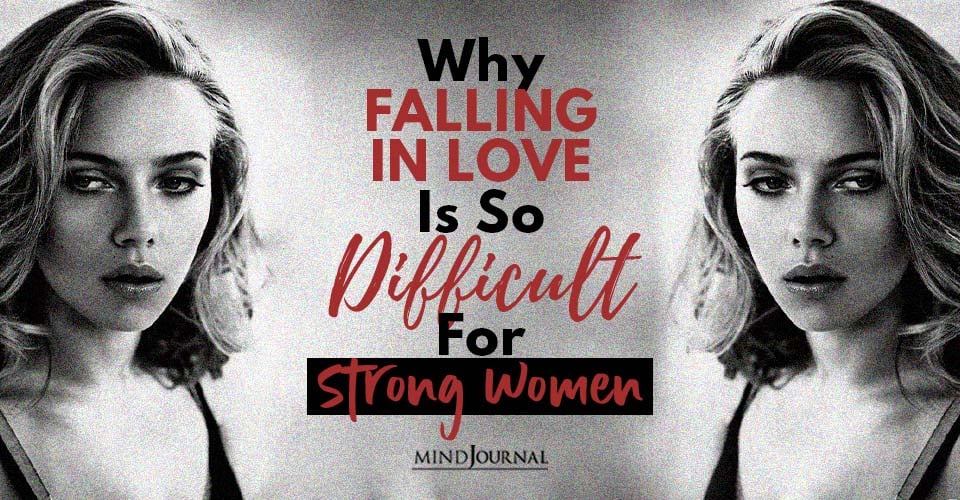 Too often, people confuse “strong women” with “man haters who would rather grow old with a bunch of cats than get married.”

While it’s true that many independent ladies find more happiness within themselves as opposed to in a relationship, it doesn’t mean we don’t want to find love.

I consider myself somewhat of a strong woman (internally, externally I can only lift about seven pounds), and I’ve been in some rewarding, fulfilling relationships.

But they all abruptly end after I get this overwhelming sense of needing to get back in touch with myself.

I don’t have all the answers, but what I think it boils down to is conflicting feelings of wanting to find love, but not wanting to compromise my values.

While I can’t speak for all my independent sistas, my personal experience has been slightly depressing.

I get excited when I find a guy who I’m not only attracted to but also have some level of respect for based on the few things I’ve seen (holding the door open for people, chasing his dreams, calling his mom, etc).

Related: This Is How You Date A Strong Woman

Then I make the mistake of confusing those few moments of glory for their entire personality.

I get attached to the person I thought they were and am disappointed when I learn that it’s only a small piece they used to lure me in.

The guy who just last week was pouring his heart out about how much he loves meeting new people is now refusing to talk to strangers at a party.

I get that people are people and no one is perfect all the time, but if you’re not up for being an equal partner to a strong woman then why are you trying to be?

Falling in love is scary in general. But it’s uniquely terrifying for a woman who understands how serious it really is to invest time in someone.

We’re grown. We’re past the point of “dating for fun” (seriously what’s fun about dating people you don’t really like??).

We don’t want to take the time to get to know someone romantically if they’re not ready to live up to the same standards we do.

The real fear isn’t ending up alone; it’s ending up with the wrong person.

She Is Coming Into Her Power

When a woman begins to transform, broaden and deepen her horizons, she is coming into her power; embracing her femininity while supporting herself from within.

A Woman Coming Into Her Power: How She Grew Strong

She spent years not realizing who she was.She doubted her beauty, her intelligence and her power.She was one who always felt that she didn’t quite belongbecause when she came into this life, her ties to the world of spirit remained far too strong..She was confused and lost throughout her youth, unable to see herself much less accept and appreciate herself.