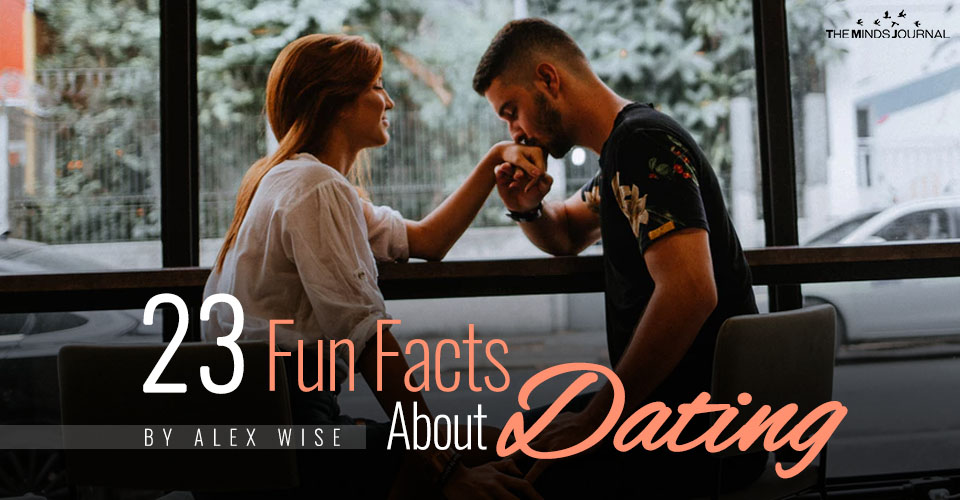 I am happy to say the negative stereotypes about online dating have been defeated. People are not only filling out their profiles in the privacy of their own homes, but they are also trying to find a match via their mobile phones while sitting in traffic or grocery shopping.

All sorts of people from all the corners of the world are getting into online dating.  The market is full of propositions for dating younger women dating older men, for women seeking rich men, dating for wine lovers and pet lovers  – all possible variations here.

Interesting and fun facts about dating world that might make you laugh, smile, freak out and share!

1. Most couples are willing to enter an exclusive relationship after six to eight dates.

2. The most common time for breakups is around three to five months.

3. It takes between 12-14 dates before couples will trade house keys.

4. Women who post a photo on Internet dating sites receive twice as many email messages as women who don’t.

6. On free dating sites, at least 10% of new accounts are from scammers.

8. 33% of online daters form a relationship.

10. It is suggested you wait until the third date to cook someone dinner at home.

11. Nearly 40% of men do not feel confident meeting a woman for the first time.

12. Women will base 55% of their initial impressions of a man on his appearance and body language.

13. Dating specialists suggest that if a woman doesn’t return a call after two messages, she’s not interested.

14. If a woman offers to pay for everything, chances are she isn’t into the date.

18. Over 50% of all singles in America have not had a date in more than two years.

19. 48% of online daters reported that their breakups occurred via email.

20. Italian food is one of the most popular restaurants for a first date.

21. On average, daters will kiss on a second date.

22. On average, couples have sex within about four to six dates.

23. The third week in September is National Singles Week in the U.S

When it comes to dating and love relationships there are certain “love facts” that almost everyone believes. Yet, research shows they are not facts at all. They are only myths about love that are simply not true!

And believing these falsehoods can undermine your relationship's success. Separating love myths from love facts will help you be more realistic and more hopeful about dating and relationships.

Here are seven of these myths about love and what the research actually shows us to be true about them.

Related: Relationship Myths And Facts: 5 Facts and Myths About Love That Sabotage Your Chances At It