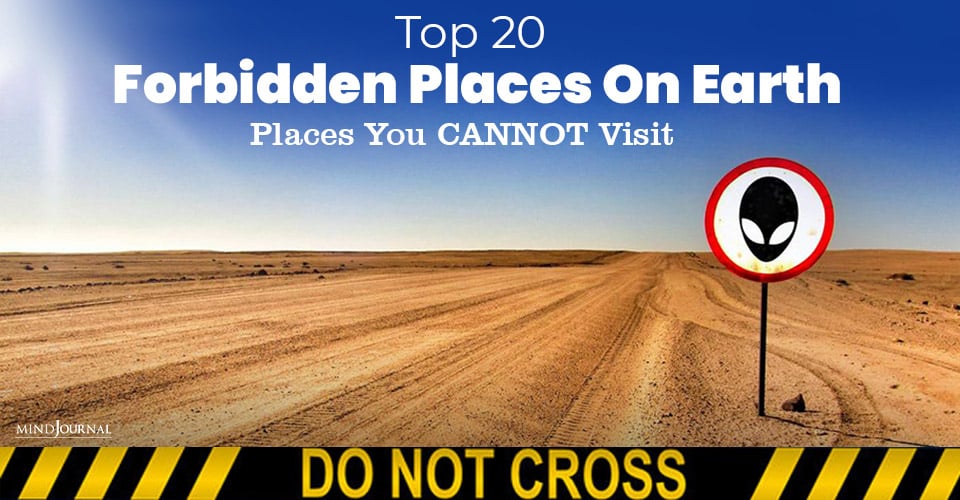 They say ‘Free World’… but the truth is that it’s not as free as you may think. In fact, there are over a dozen forbidden places on Earth that you CANNOT gain access to. In any way. And if you try, then may God be with you!

Google runs the internet and its Data Center is as guarded as Area 51 is. It is a high-security location that contains trillions of records of OUR data.

A place you cannot access and a place where you really don’t want to go. Snake Island is a small island located off the coast of Brazil and contains 4,000 of the DEADLIEST snakes on the planet.

Their venom is so powerful that it can MELT human flesh. This island has been deemed so dangerous that the Brazilian Government banned visitors from accessing it.

Have you ever wondered about the true recipe of Coca-Cola? It turns out that the secret formula behind the Coca Cola recipe is one of the most heavily guarded secrets on the planet.

In order to protect their recipe, the Coca-Cola Company has a high-tech vault that holds the recipe and protects it from prying eyes. Only a couple of people know the actual formula.

You have probably heard stories of the situation room, the room where the president and his advisers gather together to discuss life or death situations.

This room can be found 50 feet below the West Wing and only the President and his advisers are allowed in.

Owned by the pope, the Vatican Archives are not necessarily secret despite their name. Nobody can enter without the pope’s permission. It is said that evidence of extraterrestrial life exists in the facilities and nobody is quite sure of all that can be found amidst the 84 km of shelving.

It’s often only been carefully screened researchers and journalists who have been granted access to this underground reserve.

Club 33 was originally a small restaurant that was one of the first buildings to be constructed in Disneyland, smack dab in the middle of New Orleans Square.

While its blue door façade looks like every other entrance to the theme park, this one soon became home to a secret club commissioned by Walt Disney himself who used it for years to entertain foreign dignitaries, celebrities, and high-class hookers.

There is a secret panel in the doorway that covers a buzzer, which those who have access use to gain entry into the club. It has been rumored to host sex parties and Illuminati meetings and was recently open to the public with an offer of membership to the first 100 people who applied.

Related: 10 Spiritual Places On Earth With The Strongest Energy Fields That You MUST Visit

The complex is a fascinating web of buildings built 610 meters under granite that are protected from natural disasters. It boasts flexible piping systems and has its own power plant and water supply. Oh, and it can withstand a 30 megaton nuclear explosion, bombs, and radiological contaminants.

Imagine a post-apocalyptic world where all food sources were destroyed and famine began to set it, that’s where the Svalbard Global Seed Vault comes in.

Located in Norway, this seed vault contains thousands of seeds of every existing plant in the world. In the event of a catastrophe like this, the seeds would be disbursed providing enough food to sustain the remaining population.