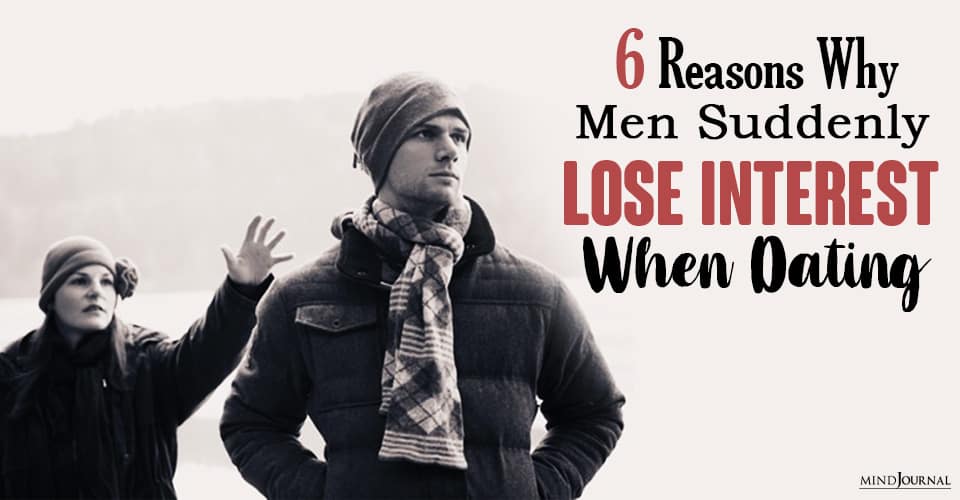 Things were going so well, your relationship is him is turning to the point of a serious one, your man is too attentive. Suddenly he is not that into it, he’s lost all his interest in you and this relationship. You’re left wondering the reason for him to turn his back on you overnight. Sadly, this unfortunate scenario is quite common in relationships. There are some reasons why a man pulls away and started ghosting his partner.

Hi, this is Nicole Elissa with Commitment Connection.

Today, I’m going to share six things that make men lose interest while getting to know you.

If you’ve met a guy or a man who you really like and you want to avoid him losing interest then I invite you to read until the very end because it will really help you avoid subconsciously pushing him away.

I’ve heard from a lot of women who have regret because they did something unconsciously that led to the man leaving them.

Even though I believe that all things are perfect, it’s important to really forgive yourself and to create conscious practices that will help you create the sort of attraction and that will inspire a man to be interested in you by being who you are.

Number two and six are my favorite and I believe that they are really important to work on.

Make sure you read until the very end so you get the opportunity to create, cultivate, and enhance the attraction that’s currently going on between you.

1. Your self-respect is missing.

The first thing that makes men lose interest is when they notice a woman that doesn’t have self-respect.

This is something that men notice on a subtle level sometimes when you demonstrate that you’re lacking boundaries when it comes to how you desire to be treated.

This is where it’s important for you to really honor your woman’s intuition.

If you really feel that somebody is not treating you right or they are lying to you, it’s important to stand your ground and to really honor what you known to be true and not lie to yourself.

I have seen that when we believe that there’s not a lot of possibilities or a lack of potential suitors, we can lie to ourselves and say,

“Well, this guy is perfect.”

“This guy is amazing.”

Even though you might notice that he’s not necessarily treating you with the highest standards possible.

So when you realize that there is something that is trespassing a boundary, it’s important to talk about it and set boundaries with love for yourself and for the person in front of you and really communicate.

Men love a woman who really respects and honors herself.

When you showcase that with love, it’s a big turn-on for men. So it is important to honor your boundaries, know them and share them.

When a man sees that you are lacking self-respect, then that makes him lose interest.

2. You project your insecurities on him.

The second thing that makes a man lose interest are projections.

It doesn’t feel safe for him to come in because you’re not fully seeing him clearly.
This leads me to the third thing that makes men lose interest which is related.

3. You have unhealed patterns and past relationships.

Those projections can be so strong that when a man is coming at you with genuine intentions— all you have are walls and fears.

You cannot see him clearly because you haven’t really healed or processed those past experiences.

This makes him lose interest because it’s a losing battle for him.

You’re not really seeing him.

You’re seeing a bunch of other people who you didn’t like where things didn’t really work out.