The 12 Personality Archetypes: Which One Dominates You? 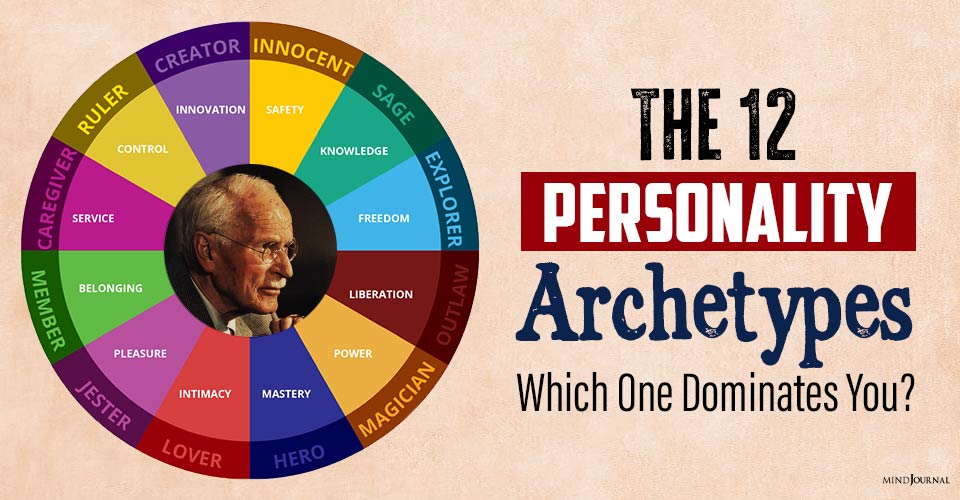 What is an archetype?

The term “archetype”  has a Greek origin and is a combination of the word archein, which means “original or old”; and typos, which means “pattern, model, or type”. Together it means the “original pattern” of which all other similar persons, objects, or concepts are derived.

The Swiss psychiatrist psychologist, Carl Gustav Jung, introduced the concept of archetype in his theory of the human psyche. He believed that archetypes (representing universal patterns and images) reside within the collective unconscious of people.

His concepts not only made a significant contribution to mainstream psychology but laid the foundation for both ancient and contemporary works.

Related: Which Jungian Archetype Are You? QUIZ

What is the origin of these personality archetypes?

According to Jung’s analysis, these personality archetypes exist in the collective unconscious (the source of psychological inheritance) and regulate how humans experience certain things.

Jung believes that the collective unconscious contains the experiences and knowledge that humans share. We tend to inherit these personality archetypes just like we inherit the genetic patterns of behavior.

In his book, The Archetypes And The Collective Unconscious, Carl Jung mentioned that Archetypes represent fundamental human motifs of our experience as we evolved; consequentially, they evoke deep emotions. It is due to these archetypes in the world, that there are so many powerful ideas in history, as per his book The Structure of the Psyche.

Jung defined twelve personality archetypes that symbolize basic human motivations. As per Jung’s theory, archetypes are inborn tendencies that influence human behavior. Each type has its own set of values, meanings and personality traits.

A study published in Procedia-Social and Behavioral Sciences identified that a person can have several dominant archetypes in the early youth stage, but one dominant archetype is linked with several personality traits.

Also, the twelve types are divided into three sets of four, namely Ego (conscious mind), Soul, and Self. The types in each set share a common driving source, for example, types within the Ego set are driven to fulfill ego-defined agendas. Understanding each type can give valuable insights into what drives our goals, desires, behaviors, and motivation.

2. The Orphan/Regular Guy or Gal