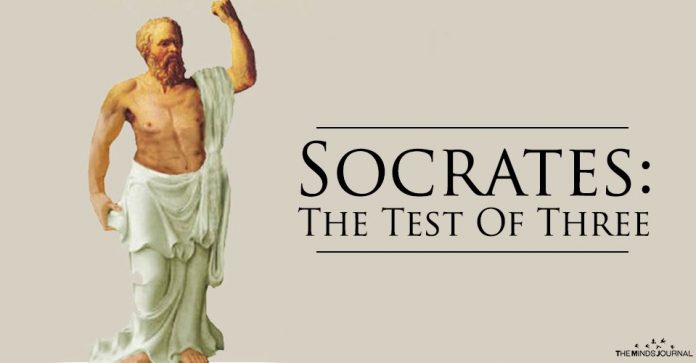 Socrates: The Test Of Three

One day the great philosopher came upon an acquaintance, who ran up to him excitedly and said, “Socrates, do you know what I just heard about one of your students?”

“Wait a moment,” Socrates replied. “Before you tell me, I’d like you to pass a little test. It’s called the Test of Three.”“Test of Three?”
“That’s correct,” Socrates continued. “Before you talk to me about my student let’s take a moment to test what you’re going to say. The first test is Truth. Have you made absolutely sure that what you are about to tell me is true?”

“No,” the man replied, “actually I just heard about it.”

“All right,” said Socrates. “So you don’t really know if it’s true or not. Now let’s try the second test, the test of Goodness. Is what you are about to tell me about my student something good?”

“So,” Socrates continued, “you want to tell me something bad about him even though you’re not certain it’s true?”

The man shrugged, a little embarrassed.

Socrates continued, “You may still pass though because there is a third test – the filter of Usefulness. Is what you want to tell me about my student going to be useful to me?”

“Well,” concluded Socrates, “if what you want to tell me is neither true nor good nor even useful, why tell it to me at all?”

The man was defeated and ashamed and said no more. 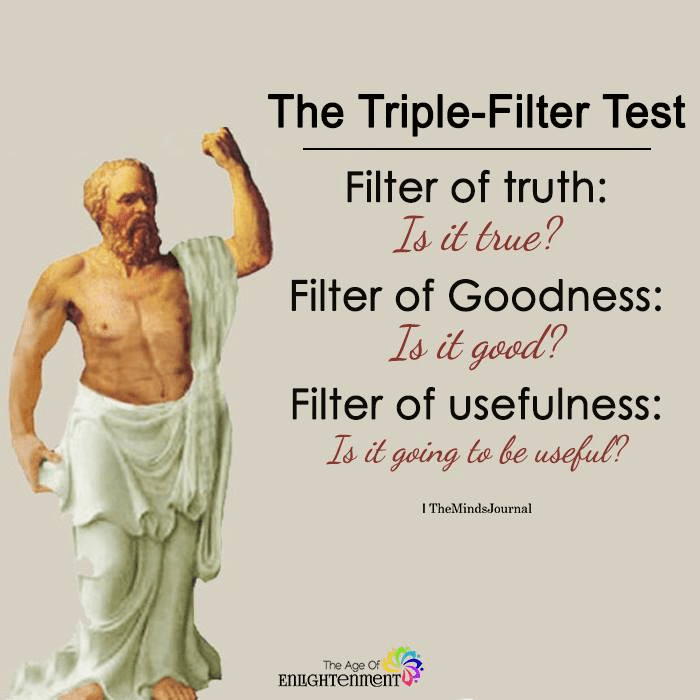 This is the reason Socrates was a great philosopher and held in such high esteem.

7 Thought Provoking Lessons From Socrates, That Will Show You A Better Way Of Living

Here Are 24 Quotes From The Wisest Man Ever Lived: Socrates

Secrets Of Wisdom: How to Be Wise

Use the Socratic Method To Win Any Argument 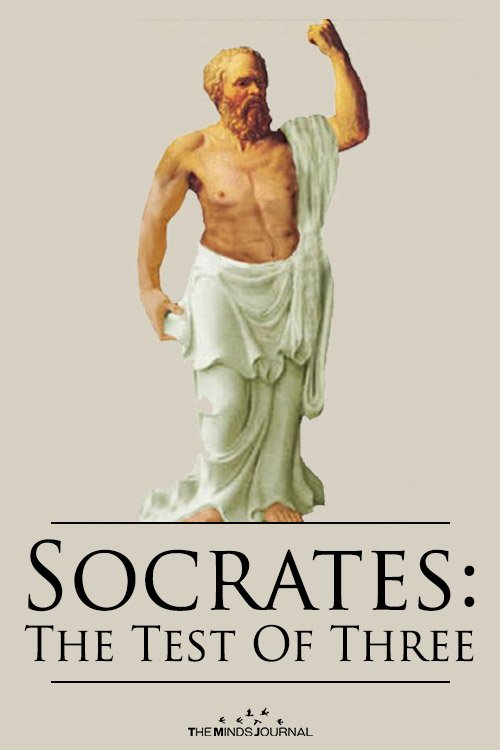 Eric McCall
I am a blogger and a digital artist. I am highly fond of crafting pieces with words and images related with anxiety, depression, abuse and romance.
-Adverts-

The healing power of dance can not only enlighten our soul, but improve our overall physical and mental well being. Here's why you need to get grooving.
Read more
Interesting

Neuroscientists claim that running changes our brain and affects how we think and what we feel. Science confirms that running every day for 30 minutes is enough to reap amazing brain benefits.
Read more
Coronavirus

If you have always wanted to adopt a pet, then now is probably the perfect time to do that, as they can help you a lot mentally, in this crisis.
Read more
wpDiscuz
6
0
Would love your thoughts, please comment.x
()
x
| Reply