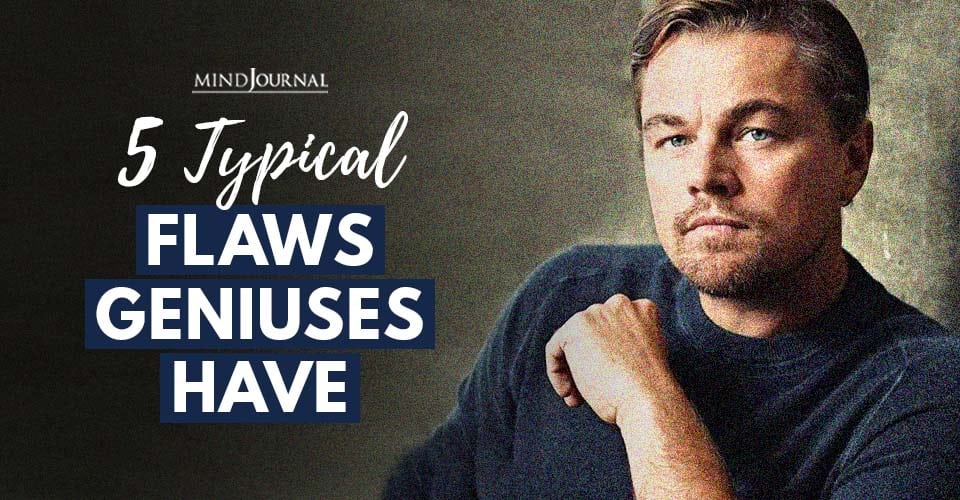 If You’ve Got These You’re Probably Above Intelligent: High intelligence is often considered as ‘wow’ factor by everyone. Yes, it is certainly a big thing to be very smart and intelligent among others. But it has a lot of cons too. Do you know the flaws geniuses have?

“It takes something more than intelligence to act intelligently.”
― Fyodor Dostoyevsky, Crime and Punishment

People who are very smart are always under a pressure to maintain their status quo, to validate their smartness.

They think too much which makes them lose out on simpler joys of life. Intelligence is a boon to all but too much of it becomes a curse too. Scientific studies too have confirmed this negative side of high intelligence.

These 5 reasons will help us understand why geniuses have flaws too.

(1) They are very alone and insecure:

People who are highly intelligent are under constant pressure to prove themselves. The society keeps on increasing the limits of expectation and they face constant threats from people of their own category.

They have to work every moment to prove their position. This makes them focus only on work. They end up being alone. Insecurity comes from the condition that they always have some person or the other to challenge them.

Related: 5 Reasons Why Dating Is Harder for Smart People

(2) They have difficulty in understanding the value of hard work:

Intelligent people can get their work done faster than others. This makes them feel that they are special and can deliver better work than others.

According to psychologists, those who discover their intelligence at an early age, misuse it. As a child or a young adult, when they see that they can work faster than others, they use this ability to devote more time to other things than work. Thereby, they fail to develop a good working habit.

Having high intelligence doesn’t mean one can be successful. If the smart person doesn’t understand the value of hard work and doesn’t use their potential, they will not be successful in life.

(3) They think instead of feeling:

The point is, people with a high level of cognitive skill do not have to depend on their emotions to solve problems. This is because high emotional intelligence compensates for low cognitive capabilities and vice versa.

(4) They will correct every single mistake during informal conversations too:

Very smart people will always bug you with their smartness. Even if they are having some small conversations, they would correct the other person, which often makes them get on others’ nerves and definitely they do not become a good company when you just wish to enjoy some light conversations with your peers.

Intelligent people will analyze too much so that they do things in the right way. By this over-thinking, they end up worrying too much and are left with a large number of options which are difficult to choose from. In these cases, one needs to trust their instincts.

It’s good to be very smart but one must know how to use the power properly.

Do you agree with these flaws geniuses have?