Why Some Women Cheat In Relationships: 12 Reasons According To Psychologists 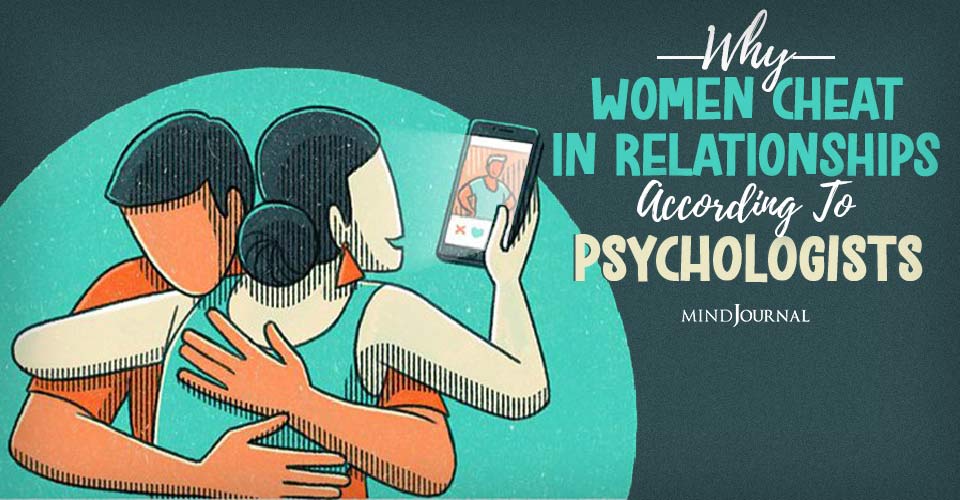 If you’re wondering why women cheat in relationships, according to experts there may be an underlying psychological explanation for it. A new study published in the Journal of Sex Research suggested that there may be several reasons why people cheat. Women are sensual creatures just like men. Yet the idea that women in a committed relationship might get physical urges is unfathomable.

A non-scientific study conducted by Undercover Lovers, a UK-based extramarital dating site found that among women who stated that they were actively cheating, 57 percent reported feeling love for their affair partner while only 27 percent of them said they felt love for their mistress.

This survey concludes that women who cheat are more likely to seek an emotional bond and that they may in fact feel such a bond even if their affair partner doesn’t. Cultural stereotypes suggest that it’s often males who are cheating on women but studies suggest otherwise.

Infidelity is often associated with adverse effects like depression, domestic violence, divorce, and even homicide. What one person sees as infidelity can be different from what others consider as infidelity. For instance, a person watching pornography can be considered as infidelity to someone and not to others.

Women and men cheat for completely different reasons. Some women are usually interested in sex that includes some sort of emotional or relationship connections while men seek it purely because of objectified sexual relationships or fantasy. A data study in 2018 where the data from two separate studies looked at the personality traits and relationship dynamics of new married couples. Both the studies lasted 3 years in length and examined the associations between personality and infidelity.

Related:15 Surprising Things You Didn’t Know About Cheating in Relationships

12 reasons why women cheat on their husbands or in relationships according to psychologists:

1. Falling out of love

Some women claim that they fell out of love with their partner and hence they cheated on them in the hopes of falling in love again. A study showed that the main reason why women cheat on their boyfriends is because they they “fell out of love”.

Sometimes, low self-esteem can often be a cause of infidelity. Some women may have childhood self-esteem issues like depression or childhood trauma which leads them to seek validation through romantic and sexual activity.

Sometimes women feel betrayed by their partner, either financially or sexually and want to get back to them by cheating on them with someone. Usually, women taking revenge are not secretive about their affair and want their current partner to know what they are doing.

Sometimes women feel neglected by their partners which leads them to seek comfort from someone else. In some cases, they feel more like a nanny, mother, or caregiver than a wife or a girlfriend. Thus they may use sex outside of their relationship to attend to their emotional and physical needs. Women often feel lonely even when they are in a relationship. It can happen due to the partner’s inability to attend to her emotional needs.

5. Lack of the partner’s ability to spice things up

Women love flirting and a little spice in their relationship. Some men however think that once they are with someone it’s not necessary for them to be the extraordinary they once were. Women may miss the excitement of meeting someone for the first time, the flirting, and the anticipation. This leads them to seek other sexual partners to have some spice in their lives.