15 Surprising Things You Didn’t Know About Cheating in Relationships 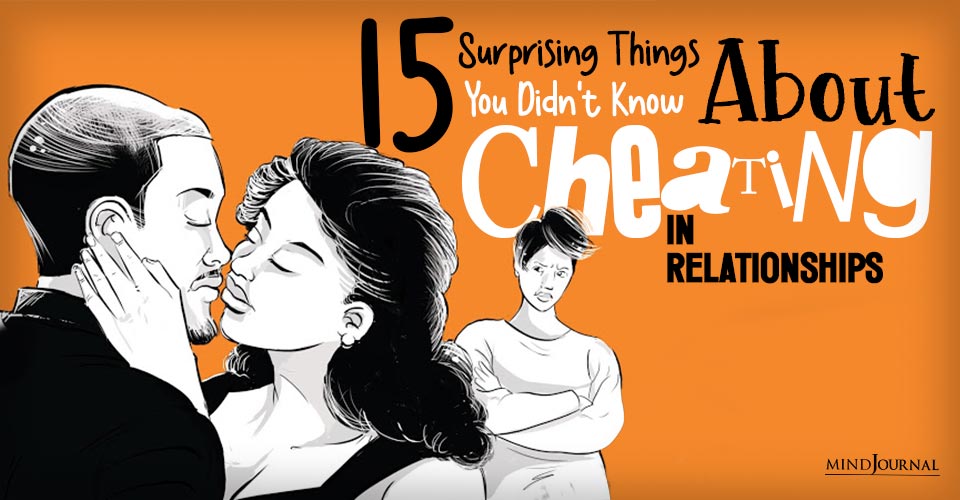 Dishonesty or Being Unfaithful is very casual for some people these days. Often this leads to an emotional turmoil for the person cheated on. Believing again becomes more difficult and the past incident keeps affecting the present.

There are some less known facts about being unfaithful that most of us are not aware about.

1. A Cheating partner usually chooses someone they know beforehand

The Person who is being dishonest often chooses someone they know beforehand as the guilt seems less. They do have the chance to hide it easily. With the known person there is no introduction or formalities. When the person is caught, it can be tagged as “old friends meeting”.

2. Cheating and what we accept as sin differs from person to person

The sin accepting differs from person to person. For some people even a meeting and a hug without letting them know is cheating, where as having a contact with the ex is counted as cheating. For some people kissing is considered as the worst, even when there is nothing more. If someone realizes before it crosses the boundary line of their partner’s acceptance limit, they should stop there immediately.

3. Those who fake orgasms more often are more likely to cheat

Physical bonding is considered as the most sacred part of love. Often there are people who fake that too, their satisfaction of being together, and orgasm. There are steady chances the one who fakes this can cheat easily. But Men are opposite in this case. If they know their partner is satisfied with them, their emotions are fulfilled and they usually don’t cheat.

4. Some people are so scared to lose their relationship that they choose to ignore the cheating partner.

5. Lack of Chemistry is many a times a driving force in partners to cheat

For men often the chemistry, closeness means more than any other relationship characteristic. Their satisfaction list often has that one point marked with bold colors. So if that chemistry lacks he would try looking for other better opportunities.

6. Dishonesty does not always mean that a persons relationship is not going well. Who wants to cheat will cheat. With or without a reason.

Being dishonest does not always mean the person has problems going on in his or her relationship. Unfaithful people forget about other’s feelings and the actual love they have with them. Their interest in other people starts growing and they forget their misdeeds can destroy someone’s emotions. Not only they hurt the person they are cheating for their own petty interests but also destroy the other person’s faith in relationship altogether.

7. Women Choose The Path of being Unfaithful to Break up

The Fair sex often fails to express their true feelings to Men compared to the case of men. Women try to find out the least complicated way to end up things. They without knowing the reason end up with the guy you hate the most. When it comes to women they want you to understand these things without telling.

8. One Should Never Opt for The Payback Game

It does not matter how satisfying the payback game sounds, you should never opt that option. Often this path leads only you to the emotional breakdown. If you are planning to go back to your partner in this way, again this is the worst idea. Maybe they are heartless but you are not like that.