How Past Experiences With Infidelity Influence Our Present Beliefs 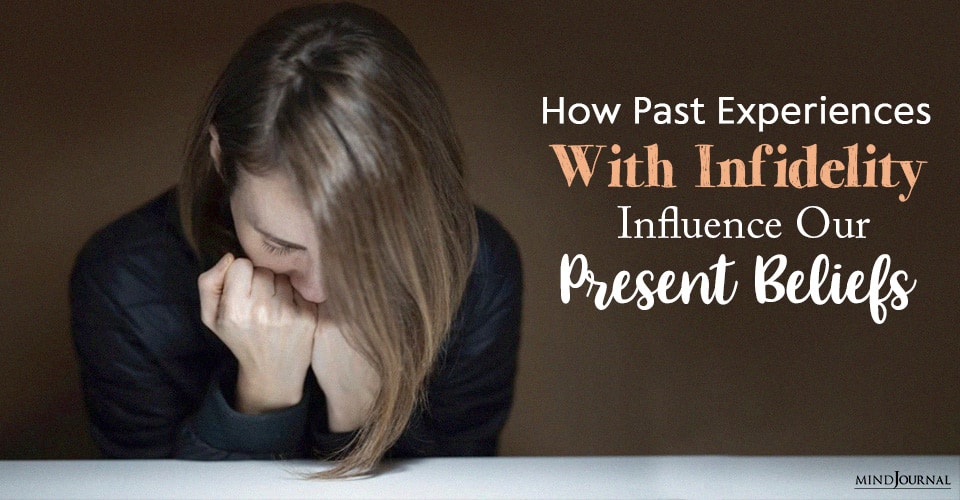 Cheating is one of the most detrimental behaviors for the survival of a relationship. Infidelity is a violation of trust that can damage the commitment romantic partners have made to one another.

Sharpe, Walter, and Goren (2013) note that “Infidelity is a serious relationship issue, as it not only reflects instability within the primary relationship but also may have intense negative consequences for both individuals in the dyad” (p. 644). The act of cheating creates tension between partners and may destroy the relationship.

Even the perception that a partner may be cheating is also extremely detrimental. Suspicion often creates a rift between a pair. Therefore, it is important to know how one’s partner views cheating and what behavior they believe violates the terms of a committed relationship.

Those who have been cheated on in the past may be more suspicious of partners, as they may be worried that the past may repeat itself. However, it doesn’t mean that they are also more likely to negatively judge individuals they are not romantically entangled with. Sharpe et al. (2013) conducted a study to explore how gender, previous cheating experience, and the gender of characters in vignettes would influence participants’ attitudes towards extradyadic behaviors.

The researchers hypothesized that their result lends evidence to the idea that those with cheating experience express gender-biased favorable attitudes toward infidelity to alleviate potential cognitive dissonance. Essentially, a person who has cheated will need to excuse the same behavior in another individual similar to himself or herself. If not, the cheater would experience tension as a result of judging others for actions he or she has engaged in.

A descriptive study was conducted in my lab to examine people’s attitudes toward infidelity. For this study, 773 participants were recruited using a snowball sampling technique. The majority of the sample was female (77.7 percent), and between the ages of 18 to 34 (73.9 percent).

The other 23.4 percent selected “other,” from which three common themes emerged — immaturity, opportunity value, and knowledge that the relationship was ending. Relating to the theme of immaturity, many participants noted that they were too young to take seriously the relationship in which they cheated on a partner.

Regarding opportunity value, many stated simply that the option to have sex with another attractive person presented itself. Finally, many participants indicated that they cheated because they already knew that their current relationship was not going to continue for a considerably longer amount of time.

Reversing the situation, 53.7 percent of the sample reported being cheated on by a romantic partner and 46.3 percent reported never having been cheated on. Of those who had experienced infidelity, 78.4 percent had knowledge that they had been cheated on approximately one to four times. Most (63.2 percent) were not told the reason why their partners had cheated.

Dr. Marisa Cohen is a relationship scientist, relationship coach, and teaches psychology at the college level. She is also the Head of Couple Relationships for Paired, an app designed to enhance communication between partners and help them learn more about their relationship. Marisa is the author of From First Kiss to Forever: A Scientific Approach to Love, a book that relates relationship science to everyday experiences and real relationship issues confronted by couples. In addition, she is the co-founder of the Self-Awareness and Bonding Lab, a lab that examines love from a scientific perspective.View Author posts