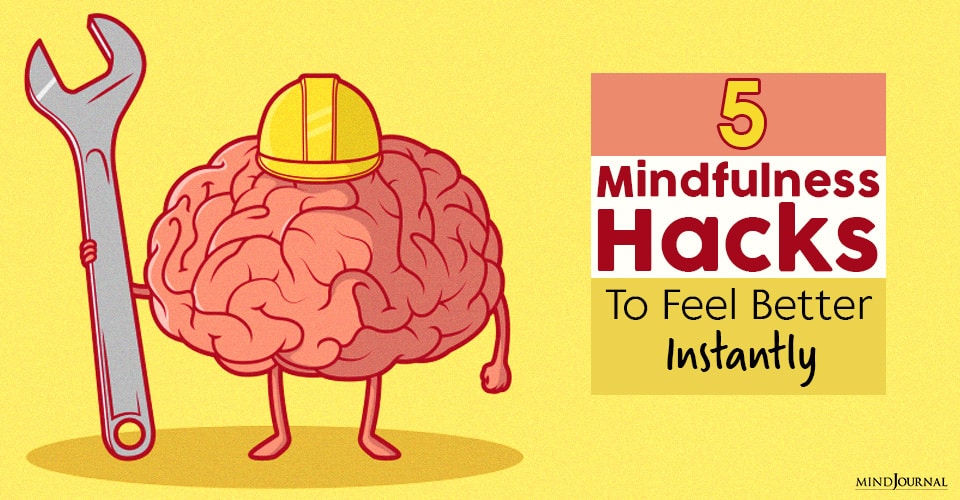 Our negative mind states can feel so powerful that we can easily lose sight of how quickly they can change for the better. They are significantly more malleable than you may believe. It’s no understatement to say that they’re often based on a house of cards. Written By Jason N. Linder

These mental hacks originate from the Stoic Roman philosophers Seneca and Marcus Aurelius. We don’t need to re-invent the wheel; they had the answers thousands of years ago, before contemporary mindfulness, as we practice it in the West, was even a “thing.” Stoicism has been brought to the mainstream by contemporary philosopher Bill Irvine, as well as mindfulness teacher Sam Harris.

So here’s the crash course: What has happened to us is tragic; our quality of life is considerably better than that of our ancestors, but we’re not happier than they were. This depressing phenomenon is called hedonic adaptation: We get used to new pleasures, sources of happiness, and conveniences, and, thus, our threshold for what makes us happy inexorably rises. We become increasingly dissatisfied even as our lives get increasingly better.

For example, contemporarily, we continue to get used to luxuries, such as widespread internet, GPS, running water, and a flushing toilet, to the point that we have stopped appreciating them and, even worse, merely expect them. When this happens, our hedonic set-point (what needs to happen to make us happy, or feel good now) continues to climb progressively higher, leaving us in a state of perpetual dissatisfaction, no matter how much better our lives get.

To me, this is nothing short of a tragedy.

Unfortunately, the consumerist culture in the United States encourages hedonic adaptation by always trying to get us hooked on the “next best thing.” You can see this when WiFi or your iPhone malfunctions for a few minutes, and you righteously and indignantly complain: we’ve become entitled to a luxury that’s only over a decade old.

It also explains why a significant number of millionaires feel like failures because they’re not billionaires, and may be clinically depressed because of it. I’m not joking. Fortunately, we can interrupt hedonic adaptation and literally lower our hedonic set-points to wire our brains for more happiness.

Remember that the positive is less “sticky” to our brains than the negative. For survival reasons; negative stimuli are more likely to kill us, so historically we have needed to pay more attention to them, and evolution doesn’t care about our happiness, only our reproduction. Thus we need to purposely cultivate well-being to balance out this evolutionary force. Here are five hacks.

1. Negative Visualization Is When You Intentionally Imagine How Much Worse Your Life Would Be If You Didn’t Have What You Have.

This can refer to your relationships, car, friends, health, five intact senses, etc. It also includes imagining all the things that could have gone wrong, but haven’t. I know this doesn’t sound fun, but you’ll see its value after you do it, just like brushing your teeth when you just want to sleep, or going to work out even when you’re in a lethargic stupor.

This seemingly basic mental hack directly lowers your hedonic set-point (so you’re happier more easily) and buffers you against the tragic hedonic adaptation ubiquitous in our society.

Related: 7 Simple Strategies to Increasing Mindfulness in as Little as 30 Seconds

Dr. Jason N. Linder, Psy.D., LMFT is a licensed bilingual (Spanish-speaking) therapist specializing in relationship, trauma, addiction-related, and mindfulness therapies. He is passionate about diversity, social justice, and serving underserved, multi-stressed, and disenfranchised communities. Dr. Linder also enjoys working with therapists, creators, entrepreneurs, and people who stutter. Most clients seek therapy with him because he is certified in the evidence-based therapy EMDR by the EMDR International Association, and trains EMDR therapists as an EMDRIA-approved Consultant. He is also close to completing his certification in EFT couple therapy. He is a professor at Alliant International University and National University. Lastly, Dr. Linder is experienced in addiction intervention services and immigration and trauma evaluations.View Author posts