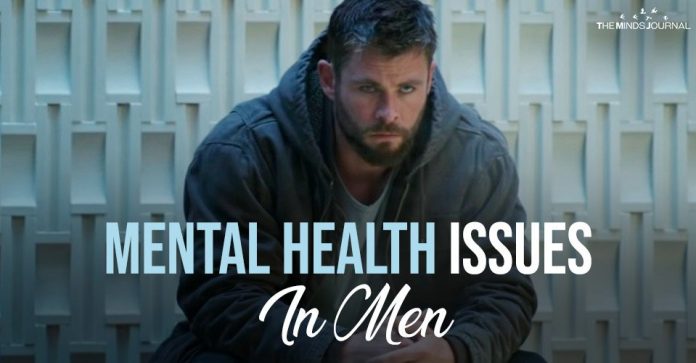 Mental disorders is a major challenge for anyone to cope with, especially when it comes to men.

Men’s are no different from it. They too suffer from depression, anxiety and a range of mental health issues.

Hectic schedules, unwanted work pressure, familial responsibilities, limited earning opportunities, etc. add more to their stress level. It is sad that men are made to feel weak by exhibiting their feelings.

Mental health experts believe that men are more prone to mental illness. The Men’s Health Forum stated that 4 in 5 suicides are by men, which is the biggest cause of death in men under 35.

Battling a mental illness takes resilience, strength, and willpower. So, if someone battling or have survived from cancer are heroes, then why not someone recovered from mental illness too be considered heroes?

The below infographic shows

Some of the Most Common Mental Health Disorders in Men.

Depression affects human beings with a wide range of symptoms. These may include the consistent loss of interest and enjoyment, low mood, general sadness, difficulty falling asleep, feelings of guilt or low self-worth, eating pattern changes, exhaustion and a lack of concentration, etc. to name a few.

Imbalance in one of the brain chemicals named ‘Serotonin’ plays a vital role in the rise of depression like disorders.

Depression plays a negative role in disturbing a person’s life. Negative thoughts continue to rise inside the human beings forcing them to attempt suicides as well.

These are commonly diagnosed disorders affecting over 300 million people.

Depression must be treated on time for avoiding further life consequences.

The following natural therapies are found to be effective in chronic depression like situations:-