Embrace And Adapt: 5 Crucial Life Lessons We Can Learn From The Choluteca Bridge 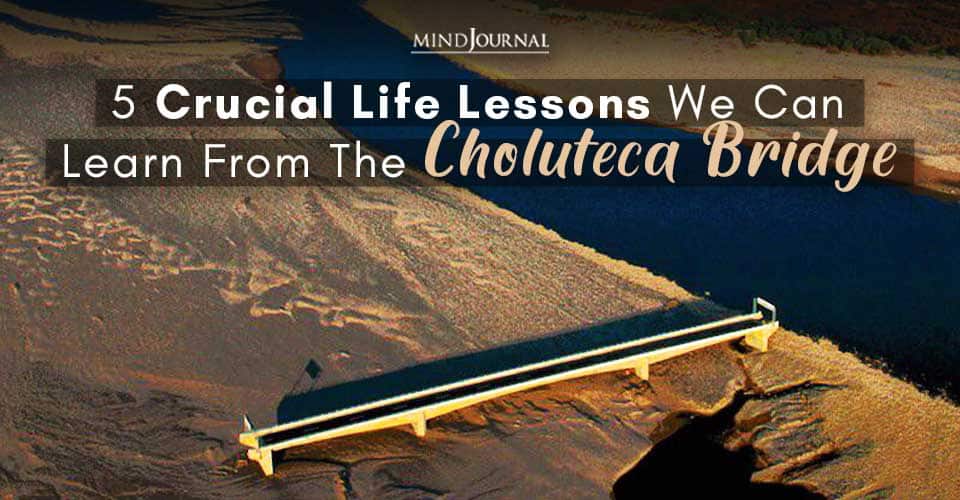 Change is inevitable. As change is the only constant, we need to embrace and plan for it, if we wish to survive, thrive & avoid becoming obsolete. This is the lesson we can learn from the Choluteca Bridge.

What is the Choluteca Bridge?

Located in Choluteca city, Honduras, the old Choluteca Bridge, also known as the Carías Bridge, was a national emblem. However, as the old bridge was built during the 1930s, a second new bridge was planned and built in the city in 1998. Entrepreneur Brett Munster explains “The Honduras government, knowing the bridge was likely to face extreme weather conditions, commissioned some of the best architectural minds in the world to build a bridge that could withstand any hurricane.”

The new Choluteca Bridge, popularly known as the Bridge of Rising Sun, was 484 meters long and was considered one of the best architectural creations in the country. “It was state-of-the-art at the time, providing a much-needed access point for the people of Honduras and was built to withstand the high winds and hurricanes that plagued the region,” adds Brett.

Read also: 7 Life Lessons We Can Learn From The 14th Dalai Lama

The Bridge to Nowhere

Sadly, the same year the new bridge was completed and commissioned for use, a category 5 storm, Hurricane Mitch, hit Honduras. It is the second-deadliest Atlantic hurricane ever which resulted in 11,000 fatalities across Central America. The hurricane resulted in significant damage to the country’s infrastructure. Several structures, including the old Choluteca Bridge were completely damaged.

However, the new Bridge of Rising Sun survived. The new bridge endured minor and negligible damages and was almost in perfect condition. Brett Munster writes “Honduras was wrecked. However, the Choluteca Bridge stood its ground and survived in near perfect condition. It was an amazing architectural achievement.”

Unfortunately, the Choluteca River had changed its course and the roads leading upto the bridge were completely damaged due to the hurricane. The roads were no more visible and the 100 metres wide river started flowing through a new channel due to the massive floods that occurred during Hurricane Mitch. Now, the river had moved away from the new choluteca bridge and the structure stood over dry ground. “The Choluteca Bridge no longer stood over the river, rendering it essentially useless,” adds Brett. Soon the bridge became popular as “The Bridge to Nowhere” and stood as an obsolete structure that served no purpose any longer.

It’s fascinating how things can change so quickly and without any notice. Even though you may be mentally prepared for certain things to change in life, you can never predict how the change will actually affect your reality.

“The key theme in this story is change. Hurricane Mitch changed the course of the river, so the reason for the Choluteca Bridge changed,” says Lillee Smith Gelinas, MSN, RN, FAAN. The designers of the new Choluteca Bridge tried their best to build a state-of-the-art structure that withstood a category 5 storm with minimal damage. But they could never anticipate that the hurricane would make the river flow through a new channel moving away from beneath the bridge.

Brett Munster writes “This situation demonstrates how even the simplest of assumptions about the state of the world (the location of the river) may prove to be incorrect.” Despite how technologically savvy we are or how well we calculate our future moves, predicting future conditions is never a possibility. This is why the best thing we can do is prepare for the worst-case scenario, be open to change and improvise to the new environment that change creates.