How Real Is Intergenerational Trauma? 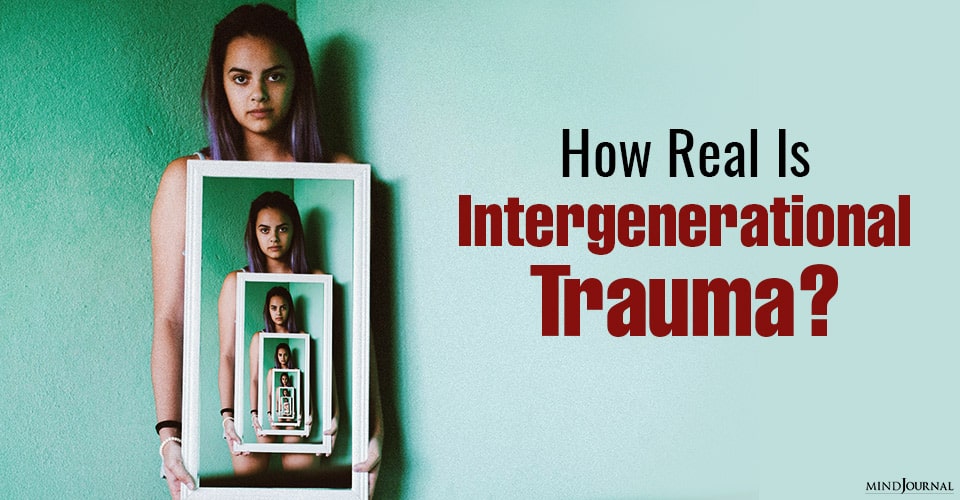 Intergenerational trauma is a theory which states that trauma can be transferred from the first generation of trauma survivors to the second and further on.

Some years ago, as I was reading a review of “Lost in Transmission: Studies of Trauma across Generations”, a compilation of essays edited by Gerard Fromm, what caught my attention was the mention of a Fifth Avenue sidewalk Santa who had observed how the cheer of the holiday season was continuously being shrouded by a darker cloud, as parents gripped the hands of their little children with a ferocious protectiveness.

While mentioning this, it’s also equally important to mention the context. This was right after 9/11 and Maurice De Witt, unusually observant even in his Santa costume, had caught on to a theme of stress and anxiety. Fromm is known to have acknowledged “the astute observation” that De Witt made about how parents wouldn’t “let the hands of their children go. There is an anxiety, but the kids can’t make the connections.”

All of us realize the tragedy and the trauma that was unleashed during and after the 9/11 attacks, and how that might have long-lasting reverberations.

Another case in point is the trauma caused during the Holocaust and what that meant for survivors and their children. In 2018, the Bar-llan University released the results of research that they had conducted on the offspring of Holocaust survivors and the sense of obligation and anxiety they experience.

The study, featuring 286 subjects, of which 143 were parent-child combinations, came to the conclusion that where there was greater post-traumatic stress, there was also a greater sense of filial duty and obligation. There have generally been multiple views about Holocaust survivors being at the mercy of inter-generational trauma – one which suggests that this isn’t true because different contexts have revealed the resilience of survivors and their offspring, another that is of the belief that the trauma has been passed onto subsequent generations, in a subtextual way.

Read Broadening Our Understanding of Trauma: Why Context Matters

There’s yet another view that brings the above two together, suggesting that the survivors are indeed resilient and that their own trauma responses are triggered when they undergo continual stress.

Across the world, indigenous tribes that have been displaced, disempowered and disgraced from mainstream amenities and privileges, are also known to be distinct examples of inter-generational trauma. The “stolen generations”, or those children of Indigenous Australians who were snatched away from their families upon orders dictated by the Federal Government, have undergone severe crisis in terms of health, financial stability as well as acceptance extended by mainstream society.

In fact a study conducted by the Australian Institute of Health and Welfare and the Healing Foundation, reveals that there are more than 17, 000 surviving Indigenous Australians who were separated from their families.

The study also reveals that compared to other Indigenous Australians those belonging to the “stolen generations” are there times more probable to have been jailed in the last five years and twice as likely to have suffered violence and had to depend on welfare money.

The question that I have often asked though is, do only those people with severe histories of violence and discrimination undergo inter-generational trauma? In my opinion, each one of us has a component or two of inter-generational trauma locked away in us. Because trauma isn’t just what one suffers at the hands of a context or people, but also a phenomenon where expression and release get held up.

This results in symptoms floating up to the surface and showing up across generations. Let me take my own example here. On both sides of my parents, I know how many ancestors travelled far distances and kept settling and re-settling. When I later got down to analyzing this, it occurred to me that some people in my family also carry this crazy love for travel.