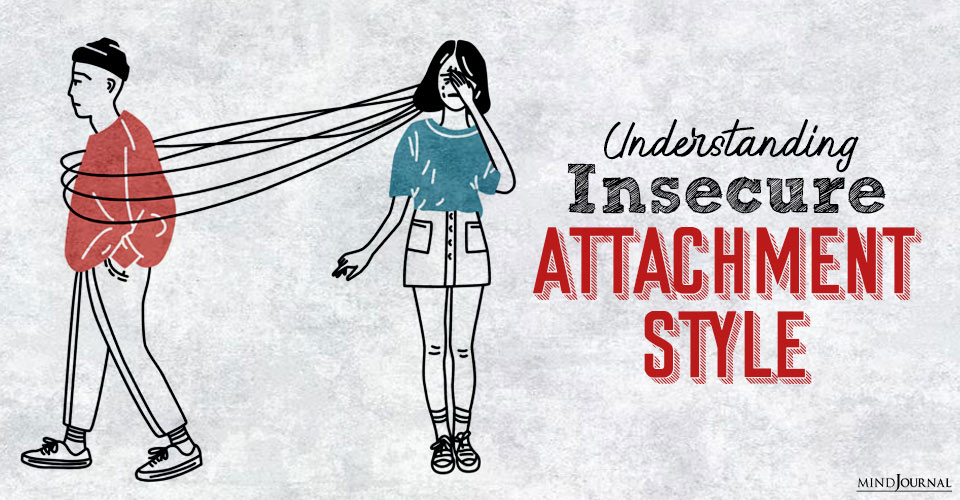 Childhood attachment style actually builds the foundation of adult behavior. If the child grows up in an atmosphere where their expectations are not met, they might develop an insecure attachment.

If you’ve paid any attention to the popular psychological press in the past few years, you’ll likely have heard a few things about attachment. You may even have been cautioned about the effects of your own attachment style on your current romantic relationship.

On his professional website, R. Chris Fraley of the University of Illinois provides a distilled history of attachment theory. To begin with, attachment styles develop in childhood and appear to be generated by the relationship between the child and the chief caregiver.

The British psychoanalyst John Bowlby was the first to theorize about attachment, but the various attachment styles you’ve likely heard of were first identified in experiments conducted by Mary Ainsworth in the late 1960s.

Ainsworth briefly separated infants from their caregivers, reunited them, and observed what happened next. Some infants cried when their mothers disappeared but were easily soothed when they returned; these infants represented about 60 percent of the group overall and were labeled secure.

About half of the remaining infants also became very upset when their mothers left but could not be soothed when they returned; this pattern was said to represent anxious ambivalent attachment in the infants who behaved this way.

A third group—representing about 20 percent of the total group, and displaying the anxious-avoidant style of attachment—did not cry at all when their mothers disappeared. When the mothers returned, these infants seemed to actively avoid their mothers’ company.

But time goes on, and humans grow up, and it seems possible that infant attachment styles and parent-child dynamics are connected to patterns in adult relationships.

In a 1994 paper, Hazan and Shaver concluded that the distribution of attachment styles among adults also showed a 60-20-20 percent split.

Several years later, Fraley & Shaver (2000) suggested that in childhood, a system of attachment is developed as a means of adaptation to the family system and that this attachment system continues to have an influence on the individual’s style of relating in adulthood.

Let’s say you recognize yourself in the “insecure” adult attachment types. Perhaps you are concerned about being too emotionally distant or too preoccupied with being close to your loved ones. In either case, it could help you to come to terms with the way you relate.

To cope with your current attachment patterns it may be essential to understand your life as a coherent narrative, which has led you from one set of experiences to another and has helped to create the person you are now. Psychotherapy may also be able to help you accomplish this.

Related: 14 Personality Traits Necessary To Have A Secure Attachment Style

Overall, you shouldn’t assume that a feeling of anxiety in romantic relationships, or a concern about getting too close, signifies anything dire about your prospects for love or connection. As with anything else, you may need to look closely at your attachment patterns simply to learn more about yourself—but if you do, do it for the sake of self-improvement rather than self-criticism.

If you believe you need to, you can change; by being open to new experiences, insecurely attached people can develop new confidence that a potential partner is trustworthy after all.