Forgiveness Through An Evolutionary Lens 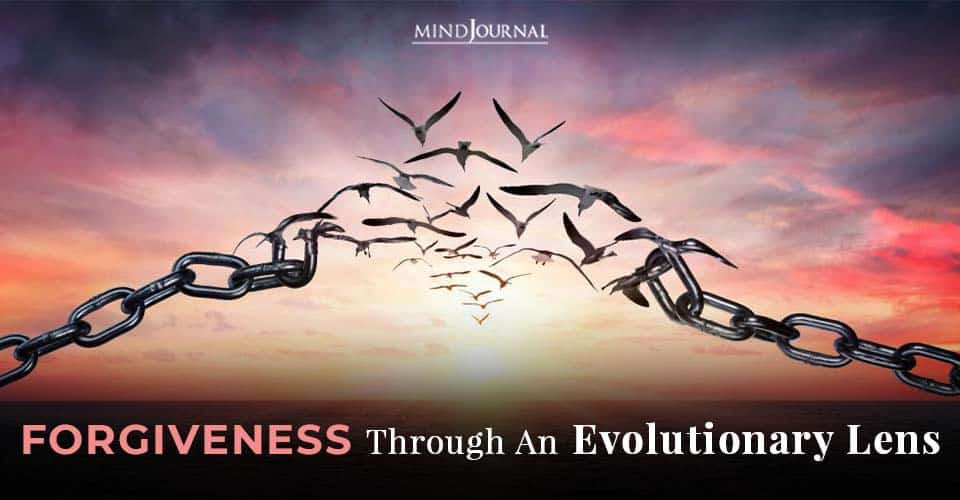 Forgiveness is a process. And it is a product of evolutionary forces.

So picture this: You receive an email from Dan, a longtime co-worker and friend. You quickly realize that the email was not meant for you but was, rather, meant for a different colleague in your department. You happen to be running for an elected leadership position as area director against your long-standing nemesis, Maria.

The content of Dan’s email, which is meant for another departmental colleague, Sara, includes this statement: “While he’s definitely my best friend at work, I totally think Maria will do a waaaaay better job. We should vote for her. I know I’m going to.”

You sit there at your desk stunned. You can barely even think. After what seems an eternity, you receive another email. It is Dan, apologizing and trying to explain himself.

“Too late, Dan—I know your true colors now!” you think to yourself.

So Dan pretty much raked you over the coals and just like that, Dan has gone from the category of friend to foe in your mind. You don’t even think you can stay in the office today.

Read 8 Reasons To Forgive And Why It Matters

The Evolutionary Psychology of Forgiveness

The human social mind did not evolve to be adapted to modern large-scale conditions, such as mega-cities; it evolved for millennia as our ancestors lived in small, tight-knit groups that were capped at about 150 (see Dunbar, 1992). Under such conditions, people developed long-standing alliances and relationships with one another—relationships that often lasted a lifetime. Under such conditions, people came to help each other in mutually beneficial ways and they learned who could be trusted and who could not be. Such social-cognitive skills were critical for ultimately surviving and reproducing under these ancestral conditions (see Trivers, 1985).

In such an environment, complex moral emotions evolved. Such moral emotions, including such states as remorse, shame, gratitude, and forgiveness, largely evolved to motivate behaviors to keep people connected with others after transgressions and disruptions in the fabric of the community (see DeJesus et al., 2021).

Forgiveness specifically seems to have evolved to help people reconnect with others who have wronged them in some way. When someone transgresses against you in a social context, there is something of a cost-benefit reasoning process that takes place.

On one hand, if you cut the transgressor out of your life completely, you are less likely to have that person cause you problems in the future. On the other hand, cutting that person out completely means that you lose at least one ally. And you likely will lose more allies, such as close friends and family members of the transgressor, along the way. So dealing with a transgression by someone from your inner circle is evolutionarily tricky business (see Geher et al., 2019; Geher & Wedberg, 2020).

This said, forgiving someone immediately so as to not lose that person’s support could lead to your being exploited into the future, which would have obvious evolutionarily deleterious outcomes. In our recent work on this topic, we refer to such forgiveness as divine forgiveness (see DeJesus et al., 2021), and we see it as rare and unlikely.

Read 7 Signs Someone Is Always Playing The Victim Role

Renowned ethologist Niko Tinbergen (1963) argued that all behaviors of all animals can be thought of in terms of both ultimate and proximate causes. From an evolutionary perspective, an ultimate cause pertains to ways that the behavior of interest ultimately helps facilitate one’s own likelihood of survival and/or reproduction. Proximate causes are immediate processes or factors that specifically motivate the behavior.

From an ultimate perspective, forgiveness, when done under appropriate conditions, can help provide important glue to the social fabric of one’s broader community, keeping oneself closely connected to others who may be helpful allies during the trials and tribulations of life.