I Will Not Be The Victim Anymore 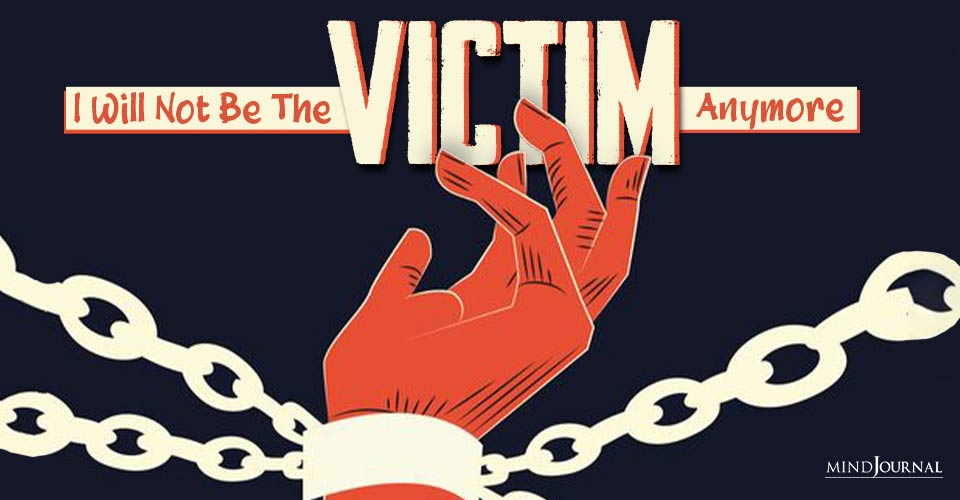 Toxic people will always treat you the way you don’t deserve to be treated, and even after that somehow, they will make it all your fault. As if you deserved it, every step of the way. But don’t give them the satisfaction of turning you into their victim. Only you can help yourself from falling into the trap of being the victim.

When I was twenty-two, I moved to Wuhan, China. A few months in, I started seeing a guy who was older and a fellow expat.

Early into our relationship, he had a party and invited me. I was excited to meet more people and make friends. Even more than that, I couldn’t wait to be with him and be seen with him. I brought snacks and booze, and all the enthusiasm of a naive girl in love.

When I arrived, I hugged and kissed him. Smiling, I stood there and waited for him to show some kind of recognition that I was the one he’d been waiting for all night.

Instead, he insulted my dress and asked me why I didn’t put on something sexier.

I made mental note of it as an area for improvement as he walked away. After scanning the room for a familiar face, I started talking to a guy I had seen around a few times. Brian was from Wuhan, spoke English, and was excited to share with everyone that he was gay and in love with nearly every foreign man he met.

As I stood in the corner of the room and chatted with him, I watched as the guy I thought I was dating go into his bedroom with a girl I’d never seen before and his best friend. I watched and felt my insides turn into numbing, hollowed-out chunks of ice.

Brian noticed my eyes following the throuple as they went into the bedroom.

“You know what they’re doing right? They’re so crazy.” He winked and his face lit up with the newfound scandal.

I nodded. “Good for them,” I said, a forced smile plastered on my face.

That wasn’t enough to make me turn and run. Watching the guy I was seeing leave his own party to have a three-way wasn’t enough to prove to me that he wasn’t what I needed. It barely registered as a red flag at the time. I didn’t storm out, I didn’t even get up to leave. I just sat there, frozen to my seat, and contemplated all the things I felt:

Related: How To Be Empowered and Not Be A Victim: 10 Simple Steps

Thanks for the support, Chloé.

I eyed the bottles of alcohol and the people drinking. It was appealing. It’d stop the feelings that I felt, but I knew that wasn’t the solution. I’d say something dumb. I’d do something stupid.

So I stayed while my heart and my gut told me to get out of there. I stayed so that it seemed like I wasn’t hurt, and that I didn’t care.

Eventually, when the three exited his room with smirks and secrets on their lips, he came and sat down next to me. I smiled and tried to act normal as my thoughts screamed and scattered.

Chloe Daniels writes about her personal experiences with body image, mental health, existential crises, relationships, dating, and even money sometimes, on her blog, Clo Bare. There’s a lot of profanity, a bit of oversharing, but most of all, there’s a LOT of vulnerabilities.View Author posts