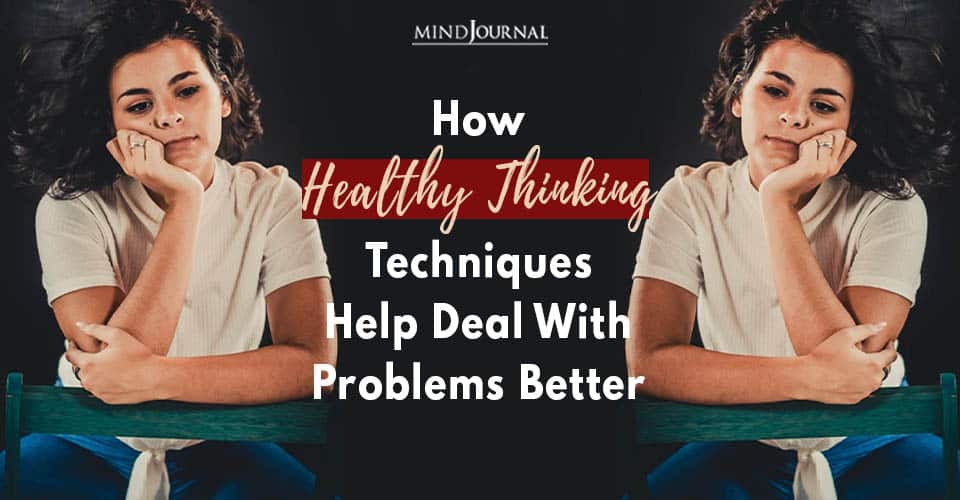 How can you solve a problem without thinking about them? Does thinking about problems make them better? It depends on how you think.
Healthy thinking is the solution!

On the TV show The Honeymooners, Ralph Kramden, a bus driver, sees a doctor at work, complaining of stress. The doctor tells him to recite the following:

“Pins and needles, needles and pins

A happy man is a man who grins.”

This is intended to distract him from the source of his stress in the hope that the stress will dissipate.

Harry went to his chiropractor and complained of back spasms. The chiropractor told him that stress caused his back to become misaligned and he needed some adjustments.

Sarah went to her psychiatrist and complained of difficulty sleeping due to stress. He prescribed a sleeping pill to help her sleep.

Jenny told her personal trainer that she was very stressed recently. He suggested that she intensify her workouts and add more aerobics.

In all of these situations, individuals approach health professionals with symptoms of stress and were offered solutions that involved distraction or diversion from thinking about problems or any stressful situation.

Based on these common transactions, one might conclude that thinking about one’s problems must make them worse.

How can you solve your problems without thinking about them?

Does that mean that you have to endure stress at levels that cause symptoms of stress or anxiety? No, it does not.

Introspection is the process of learning about oneself, one’s circumstances, or one’s environment. This is done by examining ourselves and our circumstances from different perspectives. Examples of this type of thinking are analysis, perspective-taking, and exploration. Much like meditation, these types of thinking tend to reduce stress as they feel constructive and are hence empowering. We feel like we are making progress in addressing our problems and begin to feel relief. Here are some applications of this healthy thinking technique:

Analysis. This involves breaking down complex concepts into simpler ones in order to increase understandability.

Jeffrey borrowed his father’s car without permission in order to go to a high school football game with his friends. During the outing, the car was damaged. He returned the car and said nothing to his father.

But then he began to feel tremendous stress and anxiety. He didn’t know what he would do once his father realized that the car was damaged. Would he come clean? Would he deny that he drove the car? Would he be able to pull off the lie? He just got more and more anxious.

Successful analytic introspection would reveal that he was having many different feelings at the same time and that the different feelings were pushing him in conflicting directions. He felt guilt about taking the car and damaging it.

He felt fear that his father would react aggressively. He felt shame about his poor judgment. He felt sadness that he had let his father down. Once having analyzed the different aspects of his feelings and circumstances, it became clear to him that he should tell his father what happened before he found the damage to the car. He did so and felt relieved, even though his father made him pay for the damages out of his savings.

Related: How Not to Get Sucked Into the Problems of Others: 5 Skills To Practise

Perspective-taking involves looking at the self or the environment from a different perspective. In the example above, Jeffrey might have chosen to look at the situation from his father’s perspective rather than analyzing his own perspective/feelings. This would have led him to see that his father would feel betrayed by Jeffrey if he found out about the car damage in a way other than Jeffrey volunteering the information. This would probably lead him to the same conclusion: He must tell his father.

Daniel S. Lobel, Ph.D. is a clinical psychologist in private practice in Katonah, New York. He has written two books: When Your Daughter has BPD: Essential Skills to Help Families Manage Borderline Personality Disorder and When Your Mother Has Borderline Personality Disorder: A Guide for Adult Children. He also has a blogsite on Psychology Today: My Side of the Couch.View Author posts