What Is Dissociative Identity Disorder (DID): Symptoms and Treatment 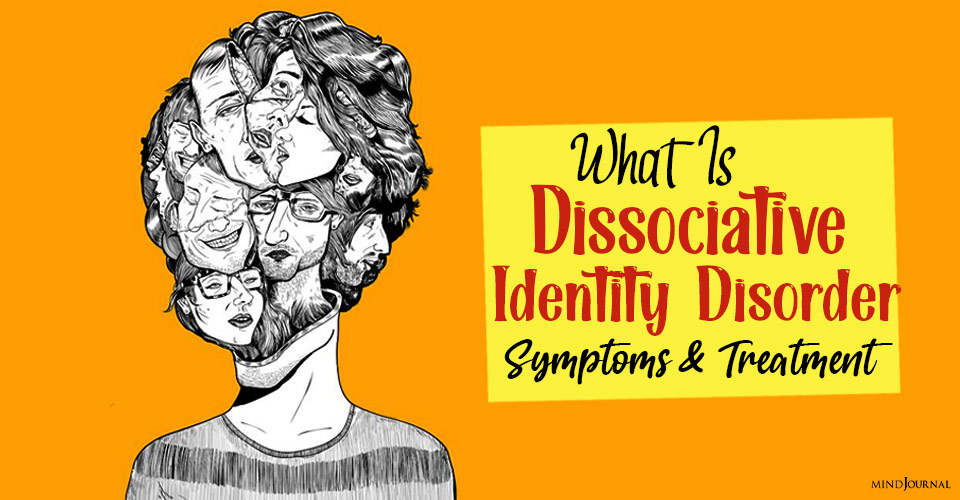 Previously known as Multiple Personality Disorder (MPD), Dissociative Identity Disorder (DID) is a complex and rare mental illness of ‘multiple selves in a single body’. It is a psychological condition that involves the fragmentation of one’s identity, awareness, perception, and memory into different personality states known as ‘alters’.

What Is Dissociative Identity Disorder (DID)?

DID refers to a mental condition when a person develops two or more noticeable identities or personalities. The individual often has a main or primary personality along with one or more alternate personalities.

The primary identity of the person may be depressed, dependent or passive. The alternate personalities often ‘take control‘ of the individual and function with or without the main personality’s knowledge.  Although the primary identity carries the given name of the person, it fails to incorporate different aspects of the individual into a multidimensional, yet single self.

The alternative personalities or identities referred to as alters, can be each experienced with a separate identity, self-image, and history when in control of the person. The name, gender, age, vocabulary and general knowledge of an alter may be completely different from the primary personality.

Moreover, the alters also show distinct characteristics, preferences, attitudes, behaviors, moods, mannerisms, and ways of talking. It is believed that these alternative personalities take turns to be in control of the individual.

However, when an ‘alter’ or even the main personality is not in charge, it completely detaches and dissociates. Hence, it can be completely unaware of the latest occurrences in the individual’s life.

Research has found that a specific ‘alter’ may be triggered to take control by certain stressors or circumstances. The different personalities may be unaware of the various alters and even the primary identity.

On the contrary, they may be fully aware of each other and criticize one another and even be in direct conflict. However, these alters are not fully developed or mature identities, but only a fraction of a disconnected personality.

Related: 5 Ways To Keep Yourself Calm During A Triggering Event

Until 1994, dissociative identity disorder was known as multiple personality disorder (MPD). However, the name was modified to better understand the condition. It is a psychological process that leads to a dissociation between the memories, thoughts, actions, perceptions, awareness, and sense of identity of an individual.

This mental illness is a part of a group of conditions known as dissociative disorders. Dissociative symptoms can take place when multiple mental functions like consciousness &  awareness, are disrupted.

Although these symptoms are usually mild, they can be severe as well and seriously interfere with the general functioning of a person, affecting their quality of life, both personal, social, and professional. In many countries and cultures, DID is often misidentified as supernatural possessions or possession states.

Individuals with this disorder are usually victims of severe and repetitive emotional, mental, physical, or sexual abuse and extreme trauma during early childhood. The disorder is believed to be a coping mechanism against the trauma.

The person develops alternate identities to dissociate the primary identity from their reality or experiences which may be too painful, traumatic, or violent for their conscious self to cope with. Hence, they shut themselves off through their alters.

Related: How To Heal From Childhood Trauma When Its Hampering Your Mental Health

Research also indicates that DID may be related to large-scale trauma as well, like natural disasters or war. It has been found that “familial, societal, and cultural factors may give rise to the trauma and/or they may influence the expression of DID.”

Dissociative identity disorder can also result from a sequence of various other factors as well. Studies have also suggested that DID may occur due to “significant disruptions to self-consciousness.” Confirmation of overlapping memories and abilities “supports the claim that DID results from internal conflict endured by a single self.”