You Can Actually Die From a Broken Heart: New Study Reveals 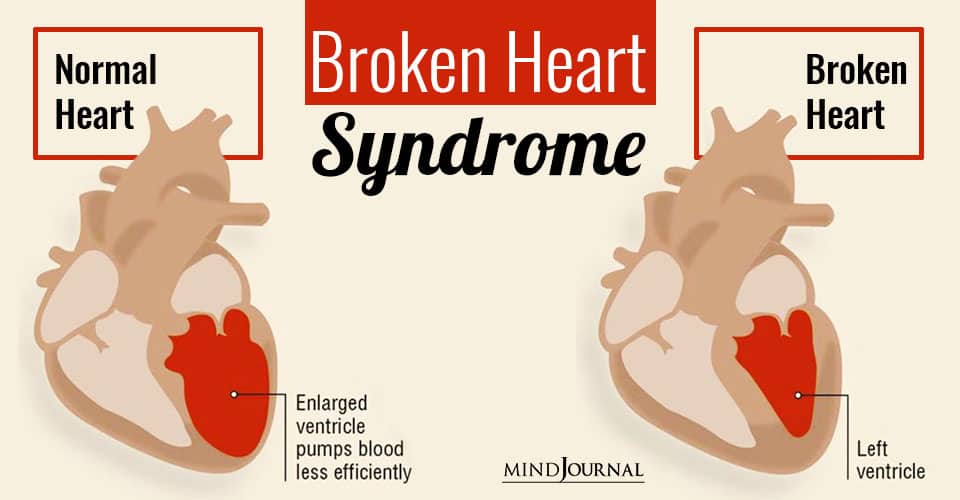 How can you die from a broken heart?

When you think of having a broken heart, you may envision tears, sadness, loss, and all of the feelings that go with it. However, what we tend to overlook, are the cardiac consequences on our own physical hearts.

The loss of a loved one through death or break-up can be so emotionally devastating, that it can lead to broken heart syndrome.

According to a new study, published in the New England Journal of Medicine, this heart rhythm condition now verifies that you really can die from a broken heart, known as “stress cardiomyopathy”.

The international study is the first wide-scale examination of the condition, after its original description “Takotsubo Cardiomyopathy” (named for an octopus trap that resembles the changed shape of the heart after a stressful event) was given by researchers in Japan in 1990.

Patients with Takotsubo Syndrome or TTS often present like any other patients with ‘heart attacks’ or acute coronary syndromes, but they are found to have no “blockages” in the heart vessels.

The study found that 27.7% of 1750 people tested were triggered by emotional circumstances, and 36% developed the condition, due to physical symptoms.

“This condition has been thought of as a benign disease, but it is actually a life-threatening disease,” said study author Dr. Jelena Ghadri of the University Hospital Zurich in Switzerland. “It is an acute heart failure syndrome associated with substantial morbidity and mortality.”

Of the 1750 patients tested almost 90% were women, although the condition killed a larger percentage (13%) of the men than it did women.

The study also confirmed that patients who suffered from stress cardiomyopathy, were more likely to have a history of neurological or psychological problems as well as other heart irregularities.

This as compared to those who displayed similar symptoms but did not have “broken-heart syndrome.”

Related: How You Deal With A Broken Heart Based on Your Zodiac Sign

Broken Heart Syndrome is very often misdiagnosed as a heart attack as many of the symptoms and test results are similar. In fact, according to the American Heart Association tests show dramatic changes in rhythm and blood substances that are typical of a heart attack. But unlike a heart attack, there’s no evidence of blocked heart arteries in broken heart syndrome.