4 Reasons Why ‘Damaged’ Women Are The Most Powerful 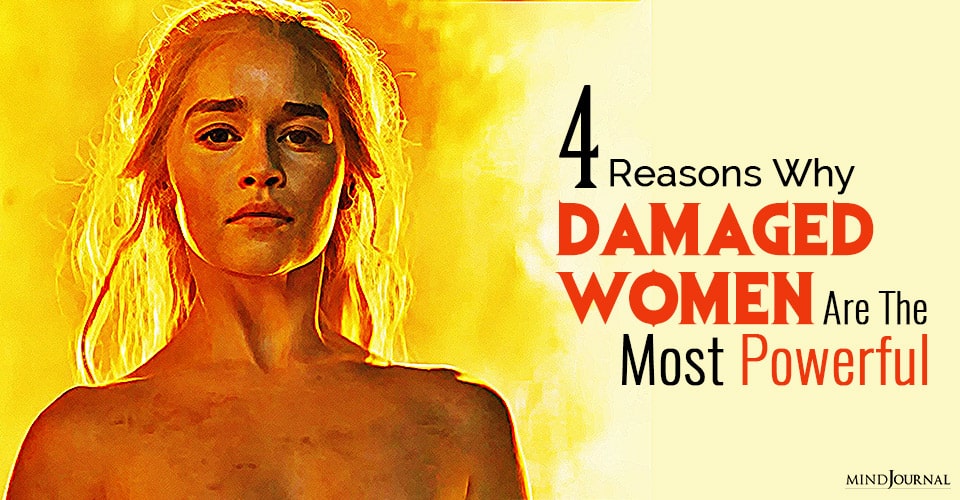 Dear those who identify as ‘damaged women’: the word ‘damaged’ is simply a label of the circumstances and events that have happened to you. It’s not a definition, not something that in any way tells the story of who you are.

But if you’ve gone through something traumatic and painful, something that has shaped the trajectory of your life, you may identify as a damaged woman. This is nothing to be ashamed of.

Related: 40+ Badass Quotes About Strong Women That Will Inspire You

1. They’ve Learned They Are Not Bound By What Has Happened To Them.

One of the most fundamentally important things about damaged women is that they recognize their power to overcome. They don’t let the moments they were hurt or destroyed shape how they see the world. They don’t live in fear. And above all, they are able to seek forgiveness—sometimes for the people that have wronged them, and even more importantly, for themselves.

Their abuse and mistreatment is not their identity, and they know this.

2. They Continue To Believe In Better Days And See The Good In People.

Even though they’ve been through hell and back, they have the uncanny ability to see the good in people, things, and circumstances.

They recognize that the new people they bring into their lives are not the ones who have hurt them. They are able to distinguish the past from the present, and most of all, they are guided by peace and happiness rather than fear and mistrust.

3. They Create Their Own Happiness.

They have the power to create their own happiness—in and out of their painful circumstances. Because they’ve learned they are their own best advocates, they push themselves to keep going, no matter the cost.

Rather than relying on other people to dictate how they feel or what happens to them, they manifest their own good thoughts and are led by them.

Related: 6 Reasons Why Strong Women Get Emotionally Attached So Easily

4. They Have Learned To Look Forward Rather Than Behind.

People are prone to look behind them—it’s natural. But for damaged women, they are (fortunately) often looking forward rather than into the past.

The past is painful, and instead of dwelling in it, damaged women look forward. They let go of the past—whether by physically leaving, emotionally distancing, or even forgiving—and move towards brighter, healthier days with their arms open wide.

“Think like a queen. A queen is not afraid to fail. Failure is another stepping stone to greatness.” – Oprah