Childhood Trauma And Eating Disorders: Shocking Facts You Must Know 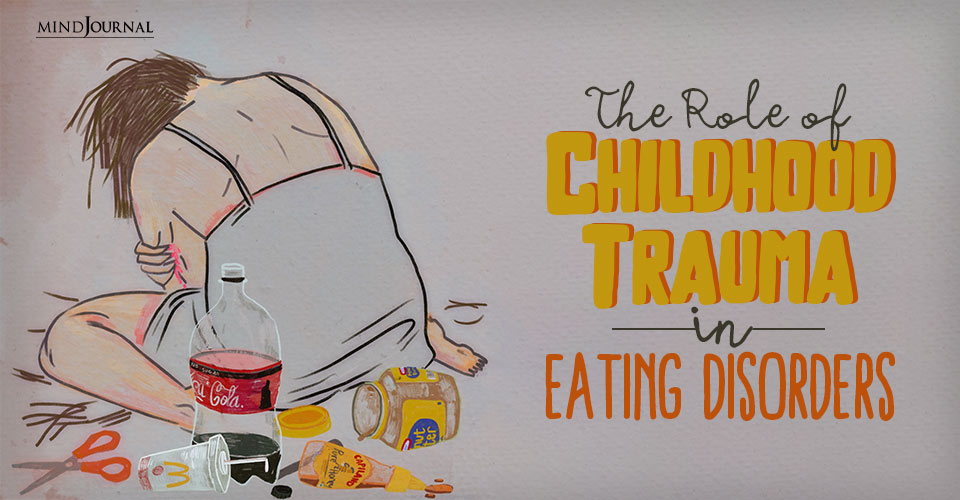 Are someone with an unhealthy relationship with your food? You might be surprised to know that childhood trauma and eating disorders might be related.

Those of us who had a troubled childhood plagued with abuse and trauma might be at a greater risk of developing eating disorders at a later period of our lives. Here, we have explained the complex correlation between childhood trauma and eating disorders, take a look.

Did you know that in the United States alone, millions of adults and young adults struggle with overeating and undereating disorders, such as Binge Eating Disorder or BED, Bulimia Nervosa, and Anorexia Nervosa?

If you are a woman, brace yourself for more bad news, as although trauma and eating disorders can be found in men, research suggests these unhealthy eating patterns are seen more in women.

So what causes eating disorders in adults? Well, there are several factors that can trigger unhealthy eating habits in a person, including genetics, family history, home environment, etc.

However, the most striking and one of the most common factors that link these cases of eating disorders is a history of adverse childhood experiences or childhood trauma.

Sadly, those who have experienced physical, emotional, or sexual abuse as a child, are at a greater risk of developing various psychological issues like poor body image and eating disorders.

Let’s now explore in detail how trauma and eating disorders are interlinked.

Although correlation and causation are not the same, we have enough instances that compel us to examine the link between eating disorders and trauma from childhood experiences.

Types Of Trauma And Their Role In Development Of Eating Disorders

While analyzing the correlation between childhood trauma and eating disorders, you must not ignore that there are different forms of childhood trauma, other than sexual abuse, that can lead a person towards unhealthy eating habits.

Physical and emotional abuse suffered at a very young age can leave a person scarred for life. Children in their impressionable years are still learning to develop their self-identity and to form perceptions of those around them.

When a child is repeatedly exposed to trauma, be it physical, emotional, or sexual, the effects can be extremely damaging to their developing mind. It becomes difficult for the child or adolescent to process or regulate their emotions.

As a result, negative behaviors such as purging, binge eating, or undereating emerge and become coping mechanisms for the child. These unhealthy eating habits serve the following purposes:

Emotional abuse can be in different forms like continuous and harsh criticism, belittling or dismissive attitude, ignoring the emotional needs of a child, or any kind of emotional invalidation.

When children undergo these types of toxic treatment, they start internalizing the negative responses and start forming limiting ideas about themselves. They develop low self-esteem and believe that they are unlovable.

The barrage of insults and psychological attacks leads them to develop self-critical views and body image issues, which manifest through eating psychopathology.

Children who grew up with emotional abuse might exhibit dysfunctional behaviors, such as acting out impulsively, something associated with bulimia nervosa, or they can get emotionally restricted and detached, a behavior commonly linked with anorexia nervosa.