Why Do Certain People Drive You Crazy? 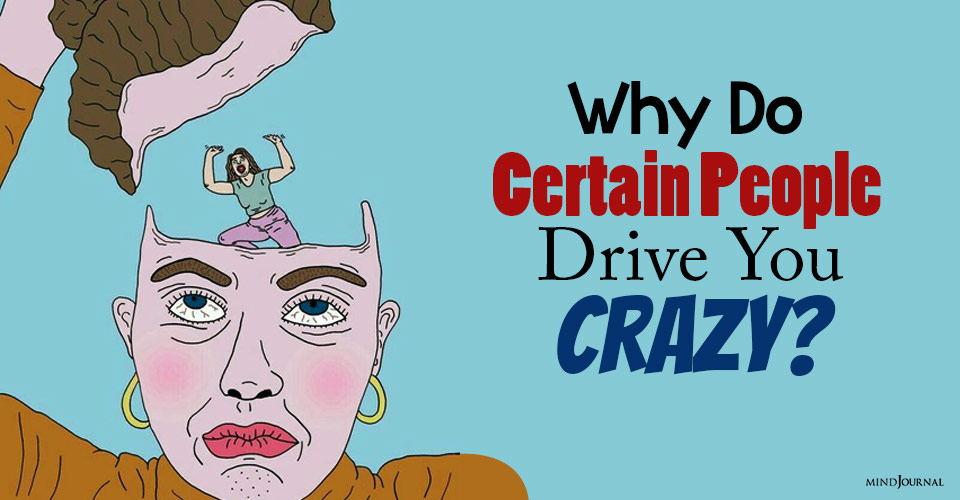 “Did you see the way she looked at me??!”
“He didn’t need to use that tone of voice.”
“She is so nasty in her emails.”
“Why is he such a stick in the mud, when I’m just trying to have fun?”
“I don’t think she cares at all about anything I am saying.”
“He seemed so nice at the outset but he ended up being such a jerk.”

These are just a sampling of the things people say about one another in describing why they drive them crazy. Certain people push your buttons – it happens to everyone. It can be a viewpoint, a way of speaking, a habit they might have, or a connection to something else that upsets or concerns you.

Oftentimes When You Decide You Don’t Like Someone, Or They Drive You Berserk, It Is Because Of Their Behavioral Style

Their accompanying styles of communication are so different that it is as if you are speaking different languages.

Behavioral preference has everything to do with how we come across – our tone, our pace, our preference to be direct or not, our effusiveness or lack thereof, and so on. When you deal with someone who is very different than you, rather than noticing what they are saying and trying to understand you will tend to focus on how they are saying something and how they come across.

Let’s take an example – if you are a low-key, non-emotional, “steady as he/she goes” type of person, you might like to take things in stride. Let’s say you are a building contractor whose preferred style is to do the job you are hired to do by the homeowner, discuss little, and just let your work speak for yourself.

You do a job for a man who is a direct, assertive, aggressive, “get it done” type of guy. This person wants you to communicate what, when, and how. He wants you to let him know exactly what’s going on, and he sure does not like surprises because of a lack of information or communication. There is a mix-up and something doesn’t get done when the homeowner expected it to.

The homeowner, the assertive guy, is going to blow up – he might shoot off a nasty email, or call and yell at the contractor. By contrast, the contractor now digs his or her heels in. They don’t like to be yelled at. They don’t appreciate the aggression. They just want the customer to “calm down” and discuss what happened. The customer thinks the builder is a sneak who doesn’t communicate well, and the builder thinks the customer is a jerk who gets upset over nothing.

Beverly D. Flaxington, MBA, is the Human Behavior Coach®. She is a three-time bestselling and Gold-award winning author, an investment industry professional, an international speaker, an accomplished consultant, Certified Hypnotherapist, personal and career coach, college professor, corporate trainer, facilitator, behavioral expert, entrepreneur, and business development expert. Beverly’s knowledge of human behavior and the most effective ways to make change happen have helped thousands of people over the years. In addition to being an expert on human behavior, she is recognized as a confidence coach and work relationship “doctor.”View Author posts