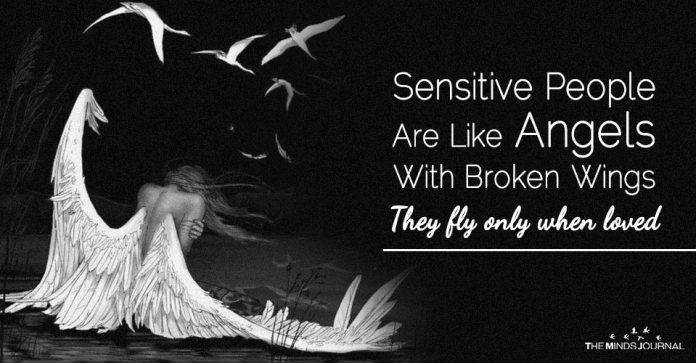 Nobody is as genuine and as honest in this world as the sensitive people. Trust them, love them and they will be an open-book to you.

They will melt in your love and care and share everything about them. But when they are hurt, when they are betrayed, they will quit and leave.

If their heart is mirrored, it will reveal the scares and wounds etched on their souls.

The people who are sensitive thrive in a constant feeling of guilt for being misunderstood; they suffer pain for not being able to resolve misunderstandings in any form of relationship.

Filled with endless love for this universe, these wounded souls cannot live cherishing hatred for anyone or knowing that they are hated by some.

All they need is love to survive. Just give them infinite love and they wouldn’t want anything else. Rather, they will give everything in return.

No matter how much trauma they have gone through their lives, if they find someone who is broken, they will not step back an inch; instead, they will fight for them and try their best to heal other broken souls.

These highly sensitive people are angels whose wings are broken.

Shannon Alder describes them best in her words:

“Sensitive people are the most genuine and honest people you will ever meet. There is nothing they won’t tell you about themselves if they trust your kindness.
However, the moment you betray them, reject them or devalue them, they become the worse type of person. Unfortunately, they end up hurting themselves in the long run. They don’t want to hurt other people. It is against their very nature. They want to make amends and undo the wrong they did.
Their life is a wave of highs and lows. They live with guilt and constant pain over unresolved situations and misunderstandings. They have tortured souls that are not able to live with hatred or being hated.
This type of person needs the most love anyone can give them because their soul has been constantly bruised by others.
However, despite the tragedy of what they have to go through in life, they remain the most compassionate people worth knowing, and the ones that often become activists for the broken-hearted, forgotten and the misunderstood.
They are angels with broken wings that only fly when loved.” 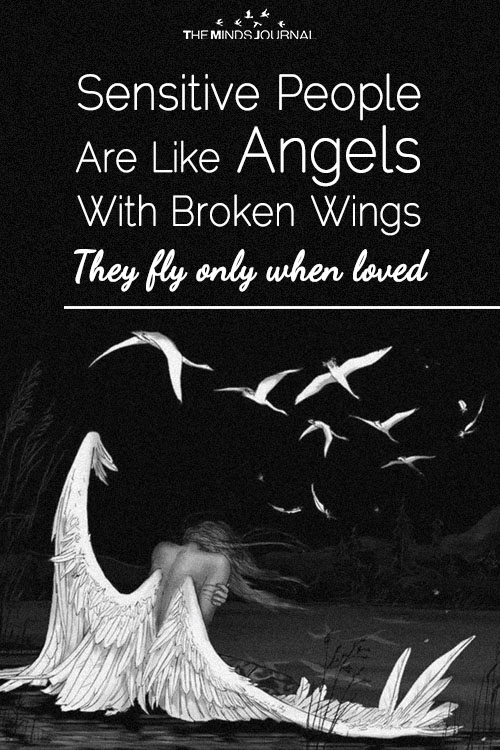