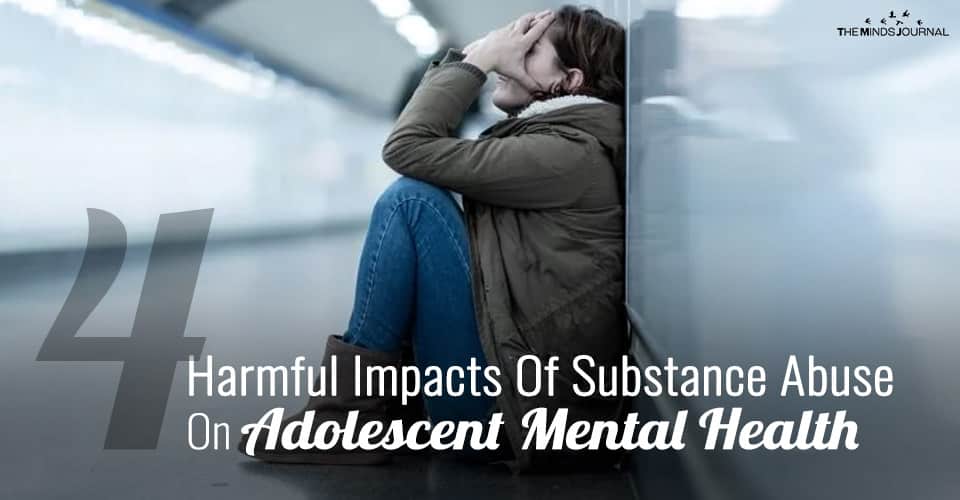 Adolescent substance abuse is a serious issue that contributes to significant psychological consequences later in life.

When teenagers are battling emotional problems, they often address alcohol or drug use to assist them to manage painful or difficult feelings.

Substance abuse or drug abuse is a prevalent part of the 21st century and adolescents are becoming involved in this aspect of our culture, leading to addiction. It has been a common topic of interest to many researchers in the area of general and mental health.

A desperate need to deal with stress and to get a momentary high or to just ‘fit in’ with his or her peers, makes substance abuse the most popular and commonly sought of addiction in adolescents

They tend to take drugs which soon reaches a stage where this need becomes much more than other needs in life and he or she begins to believe their survival depends on those drugs.

Substance abuse refers to the harmful or hazardous use of psychoactive substances, including alcohol and illicit drugs. Substance abuse can be defined as –

Although substance use and abuse can happen at any time during a person’s life, drug use typically starts in adolescence, a period when the primary signs of themental disease commonly appear. The brain continues to develop through adolescence. Circuits that control executive functions like deciding and impulse control are among the last to mature, which reinforces vulnerability to drug use and therefore the development of a substance use disorder.

Chronic use of some drugs can cause both short- and long-term changes within the brain, which may cause psychological state issues including paranoia, depression, anxiety, aggression, hallucinations, and other problems.

Adolescence is the period of transition between childhood and adulthood. It includes some big changes—to the body, and to the way a youth relates to the planet.

In this period the body and brain proceed in development toward full adult stature and complete youthfulness. The individual’s reasoning capacity becomes more complex, abstract and logical and the emotional state of the individual also experiences certain changes like – the individual turns more self-involved, desperate and an increase in the emotional intensity of the disagreements.

Depression is a common cause of disability that has been estimated in one out of every eight teenagers and it has 25% lifetime prevalence by the end of adolescence. It has been seen that adolescents who are depressed use substances at almost twice the rate as non-depressed adolescents and it has also been found that a decrease in the use of substances coincided with a decrease in depressive symptoms.

People who are depressed may drink or abuse drugs to lift their mood or shake feelings of guilt or despair. But substances like alcohol, which may be a depressant, can increase feelings of sadness or fatigue. Conversely, people can experience depression after the consequences of the medicine wear off or as they struggle to deal with how addiction has impacted their life.

Abusing substances might not help in overcoming depression. Instead, years of untreated depression may lead to neurodegenerative levels of brain inflammation. To know more, read on to… Untreated Depression Can Change the Brain Over Time – Study Says

Adolescent brains are still developing, the results of teenage “self-medication” can be more problematic. In many types of research, it has been found that adolescents who abuse cannabis are more vulnerable to cognitive impairments and show reduced brain grey matter. It has also been reported that individuals under cocaine abuse suffer from normal white matter maturation and thus may affect the development of the frontotemporal white matter circuits, which results in disturbed memory, executive and affective functioning.

When you suffer from social anxiety, you’ve got a true and extreme fear of being judged and scrutinized by others in social situations. This fear can cause you extreme distress and may end in you avoiding stepping into situations that the majority of people deem granted.

Adolescence who are anxious may feel more emotionally “even” if they drink or smoke marijuana. Adolescence with anxiety might start by smoking marijuana to settle down before social events, and shortly find himself smoking every morning just to urge to high school. In 2012, Drug and Alcohol Dependence published a study that discovered a big number of individuals with cannabis use disorder even have a social mental disorder, which in individuals with a comorbid social mental disorder, their challenges with cannabis are more severe.

Suicidal ideation is defined as thoughts of harming or killing oneself and it is prevalent among adolescents and young adults. Suicide is the 11th leading explanation for death within us. Although it’s difficult to match the relative impact among different psychological state problems with the danger of suicide, alcohol, and drug use disorders are found to be strongly related to suicide risk.

Suicide is a sad and frightening reality of humankind. Many times, suicidal people are termed as “weak”, but that is not only extremely insensitive, it shows a dangerous amount of apathy towards a suicidal person. Here’s How To Help A Person Who Is Feeling Suicidal

Substance Use and Mental Health Issues

In a study, it has been found there is a significant association between medication noncompliance and alcohol or substance abuse problems with serious violent acts in the community, and thus there is a higher risk of violent behaviour among persons with severe mental illness who has a poor adherence to medication along with drug abuse.

Substance use rises from experimentation to a significant disorder much faster in adolescents than it does in adults, this sequence is more likely to happen in adolescents with mental health disorders than in other adolescence. Substance use also interferes with treatment for psychological state disorders and worsens the long-term prognosis for an adolescent battling one.

previous21 Signs Your Relationship Is Over and It’s Time To Quit
nextWhy Socializing For Introverts Is Exhausting, According To Science