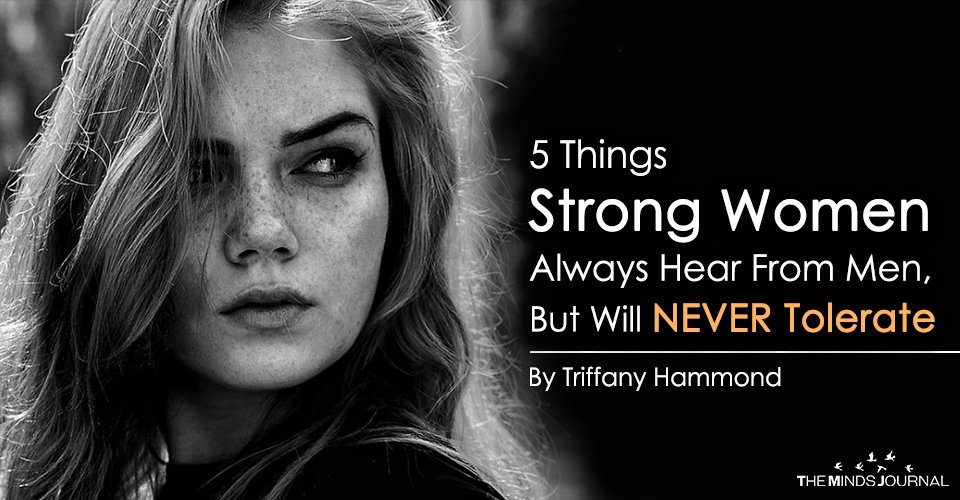 Back in March, I wrote an article called, What Men REALLY Mean When They Say You’re Intimidating.

It apparently struck a chord because I’ve gotten a lot of “Hell, yes!” responses followed by “and… [insert loathed statement].”

I’ve gathered those comments and combined them into 5 main categories:

Of course, it’s at the top of the list. As I said before, we’re not intimidating … you’re intimidated. There’s a difference. If you’re afraid your life choices aren’t big enough or impressive enough, then that is your self-judgment that is getting in your way.

Live a life you’re genuinely proud of. You’ll stand in your own power and confidence enough that will excite any self-empowered woman to learn more about you.

Strong women don’t have time for games. So, yes, we’re direct. But “too” direct? I don’t think so.

We’ve got a lot of different areas in our lives vying for attention which means we need to prioritize, stat. We’ll tell you exactly where we stand and then we count on you to have done enough self-reflection to know and plainly communicate exactly where you stand.

Are we on or off? Are you in or out? That’s all… no judgment. We just need to know so we can throw you in the mix… or not. We’re fine either way.

The men, who say this are usually sitting across from a well-coiffed beauty with a fire in her eyes that says, “I’m ready take on the world.” It’s that dang passion and willingness to ACT on said passion that seems to make the male ego uncomfortable.

Feminine energy is creative and contemplative; powerful in its own right, but it feels soft and warm. Masculine energy is action and motion; a power that’s easily recognized and highly valued in our society, it’s red hot and lightning fast.

The woman, who comes forth with a lot of strong, masculine energy is the woman, who has been let down by man after man, probably starting with her father. We love being feminine, but because we’re focused on making our big dreams come true, we’ve learned to become both because waiting for (and relying on) a man has proven foolhardy.

The bare minimum doesn’t cut it with us because we know if you can’t show up for yourself, you’ll never be able to show up for us, at least not in the long run.

We know what balance feels like and we’re eager to embrace the right partnership, but we have to trust that you’re going to smart and responsible with that space in our lives. The minute you’re not, we’re out.

This is a big red flag for us go-getting gals because we hear one of two things: “I expect you to give up what’s important to you so I feel special enough” or “I have nothing going on and will eventually be clingy and needy.” Either one makes us head for the hills.

You can feel disappointed that we don’t get enough time together. Chances are good we’re disappointed too. But meet us in the middle on this one. You’re busy too with things that are important to you.

“Wow, our schedules are so full. But I know we’ll find time to make something work,” sends an entirely different message and allows us to feel disappointed alongside you…and makes us want to create some space for you too.