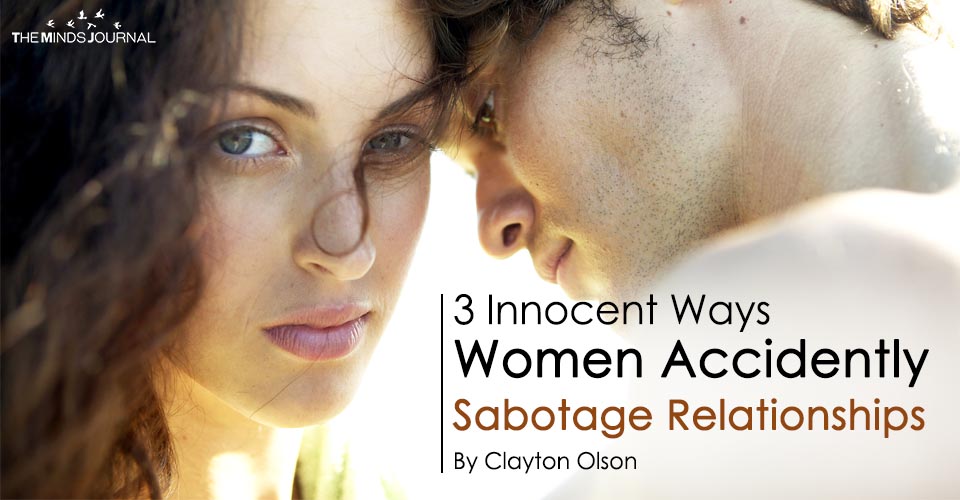 Understanding this helps answer the question, “Why do men pull away?”

Women wondering how to attract men often don’t see that there are benign acts that drive men away and ruin any chance at long-term love. These acts are innocent-enough, but not in the eyes of the male. And understanding this helps us understand why men pull away.

These acts are subconscious, meaning they’re done without realizing. And this makes them much harder to remedy — you can’t fix something you don’t know you’re doing. But noticing is vital because these behaviors block intimacy and don’t allow men to see your vulnerability.

Sometimes, men don’t even realize what women want — they may see these acts and leave without being able to articulate why. They just know.

Of course, men do things subconsciously too — all the responsibility in the dating world certainly doesn’t fall on the shoulder of the female. But, if you’re a woman who wants to fix your dating life, the only thing you can control is you. And that’s where this article may be beneficial. This one is for the girls!

So, what are the ways women wreck relationships? They adopt one of the following roles:

If you’re the Pleaser, you’re a woman who gives to get. This giving isn’t done because you feel generous or it fits in with your natural personality; rather, you possess a subconscious belief that giving will make a man indebted. You create a secret contract in your mind by giving a man what he wants. In return, you assume he’ll do the same.

The reason this doesn’t work is obvious — giving to give isn’t an act of selflessness; it’s an act of being selfish. But it can also have collateral damage — it forces the other person to compromise himself and sacrifice for the other person.

And it reflects how the woman feels too — it often means you don’t feel good enough about yourself. You believe that by doing everything for the other person, they won’t have a reason to leave.

The Protector is on the opposite end of the spectrum. While the Pleaser leans into the relationship, the Protector leans away. The core belief of the Protector is that she needs to take care of herself — it’s the “I take care of me” attitude. There’s an independence that can be attractive, but it can also be too much of a good thing.

Independent women are often viewed as low-maintenance, something that is alluring to many men. And some women are independent because that is who they are — other women do it as a defense. If they don’t rely on anyone, they can’t get hurt.

But refusing to be vulnerable is damaging to a relationship — vulnerabilities knock down defenses and allow people to feel as if they truly know each other. And those elements are essential to true romance. The Protector must throw down their arms in order to open their heart.

The Performer doesn’t need to don a tutu or juggle flaming bowling pins. Instead, she is a chameleon, willing to be whatever the guy needs her to be. She pretends to like baseball or heavy metal. She feigns interest in BitCoin and acts mesmerized when he talks about HTML. She’s like the cousin of the Pleaser, but with an Oscar nomination.

Women who do this don’t only sabotage their relationship, but they also sabotage themselves — they’re not being true to their feelings and desires. They pretend, they act, and they go along with the flow…all things that can only last for so long. It’s exhausting and it’s short-lived.

It also conveys weakness — by pretending to be someone else, you tell the world that you are not confident in who you are. It’s also risky — when you pretend, you never allow the guy to see the real you. And, who knows, they may like the real you much better than any facade.

Clayton Olson is an International Relationship Coach, Master NLP Practitioner, and Facilitator. He delivers private virtual coaching sessions and leads online group workshops. Register for his free webinar that reveals the 3 Keys to Attracting and Keeping a High-Quality Man or grab his free guide 8 Secrets To Create A Rock Solid Relationship. 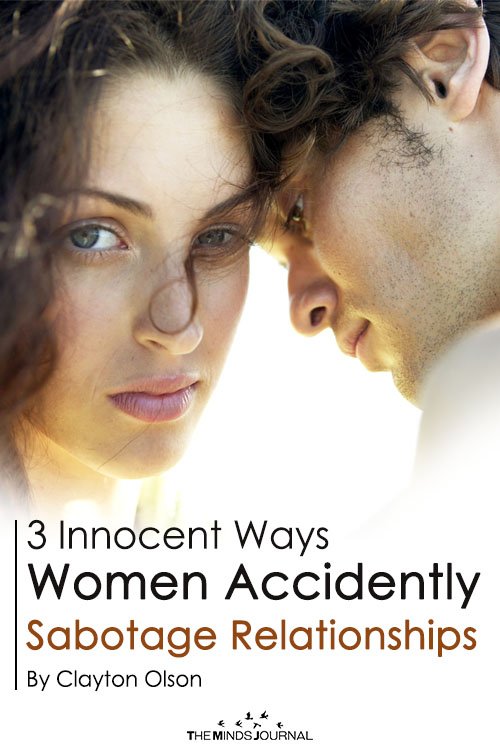